Miley Cyrus seems to be one of the most ever-evolving celebrities. After stunning us all in a gorgeous red dress at the 2018 Grammys, Miley Cyrus’ 2019 Grammys look one-upped itself. From starring on Disney Channel as Hannah Montana, to swinging naked on a wrecking ball, to becoming a wife (RIP to all our dreams of marrying Liam Hemsworth), Cyrus constantly leaves us guessing what she’ll do—and wear—next. Miley Cyrus seriously rocked a sleek black power suit for the 2019 Grammys.

The singer strutted the Grammys red carpet wearing a stunningly sophisticated black suit designed by Mugler. While the black blazer Cyrus donned was oversized, the pants were fitted (and a little flared??), creating a chic contrast that we love. Cyrus wore no shirt (and maybe no bra—get it, girl) under the blazer, which kept the outfit sexy, as well as incredibly sleek. 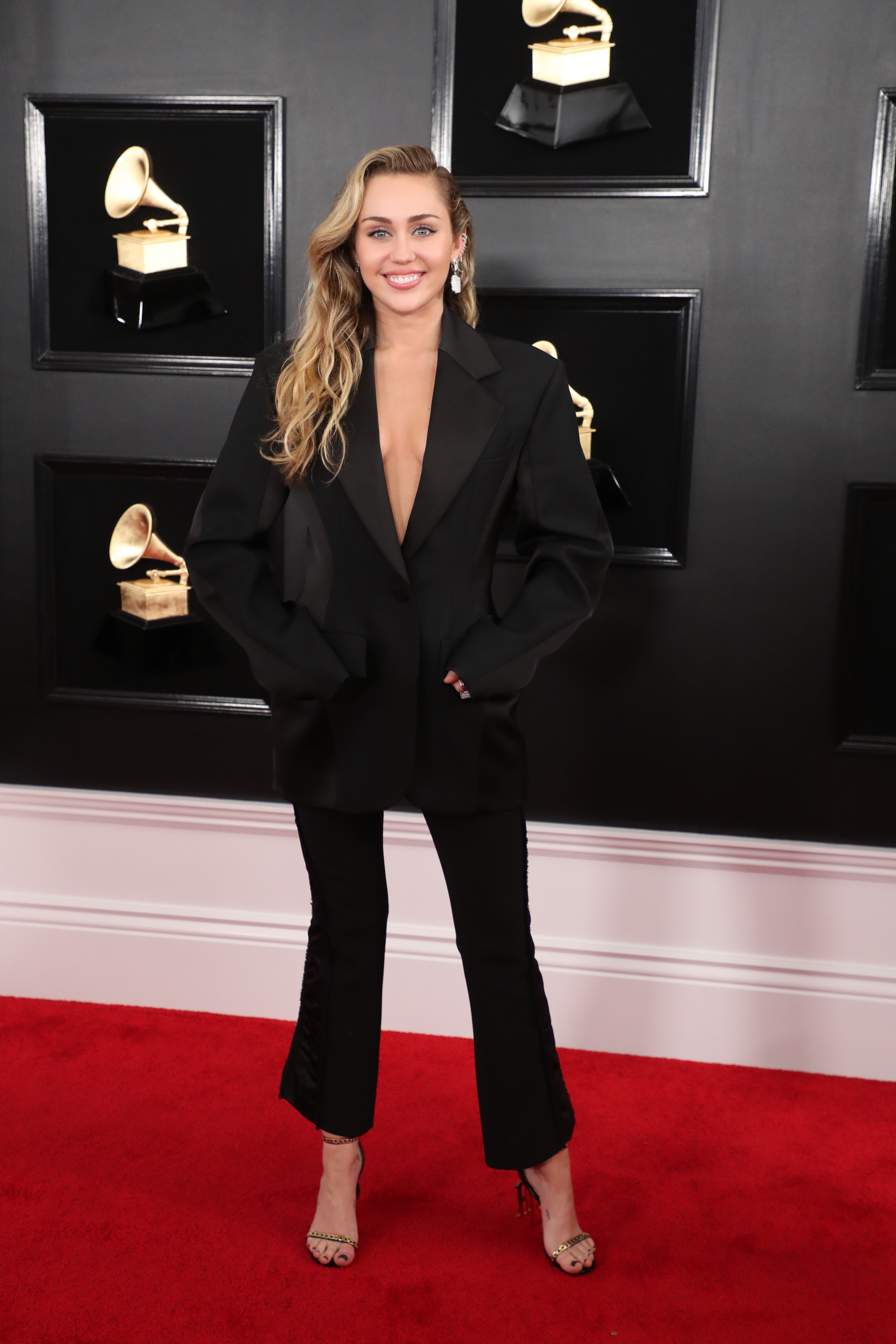 As if the oh-so trendy black power suit wasn’t enough, Cyrus wore her hair styled to the side, showing off her multiple earrings—including one seriously huge diamond earring. Uh, yes please! Cyrus wore black and clear strappy heels, topping off a truly beautiful and sophisticated ensemble.

Though Miley Cyrus hasn’t been nominated for a Grammy since her 2013 album “Bangerz,” Cyrus is set to perform at this year’s Grammy awards. We’re unsure if anything can top singing a duet with Elton John—Cyrus’ 2018 Grammys performance—but if the singer’s 2019 performance is as iconic as her ensemble, we’re in for a treat. Nobody’s perfect (TBT!!), but Miley Cyrus’ Grammy look was pretty damn close. 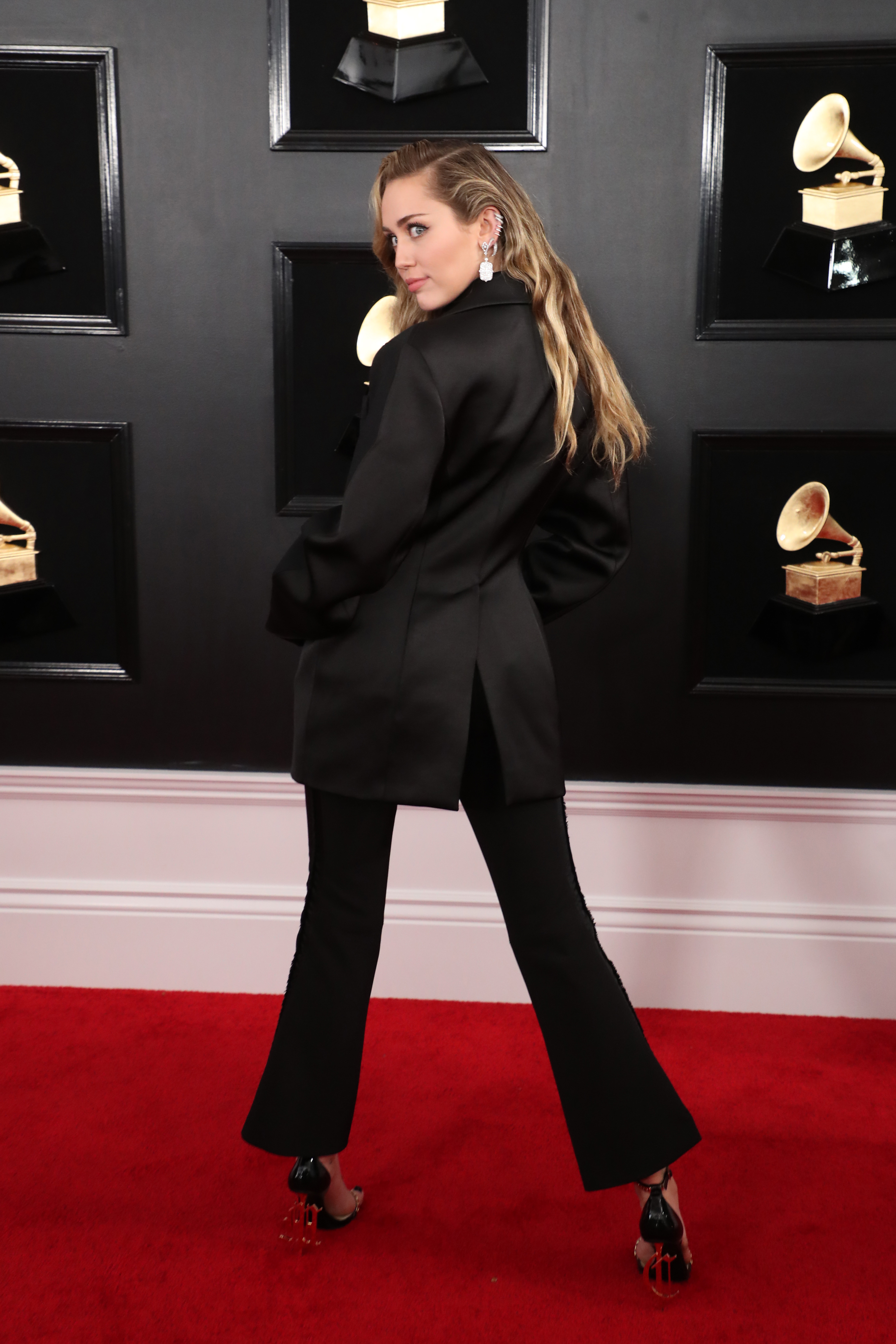