After teasing the world yesterday by posting two separate wig pictures to Twitter, Miley Cyrus has revealed her Halloween costume. The reigning princess of pop decided to go as rapper Lil’ Kim from the 1999 MTV Video Music Awards, when she donned a purple pantsuit with one very memorable asset: her breast was exposed, with only a sequined pastie to prevent a charge of public indecency. 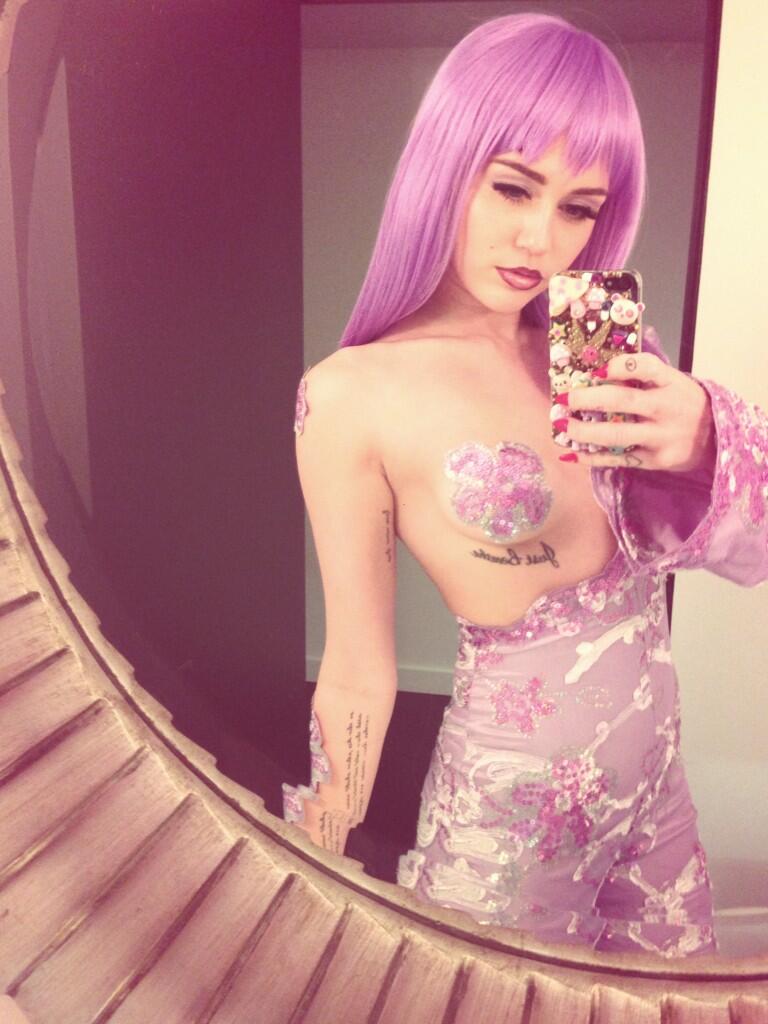 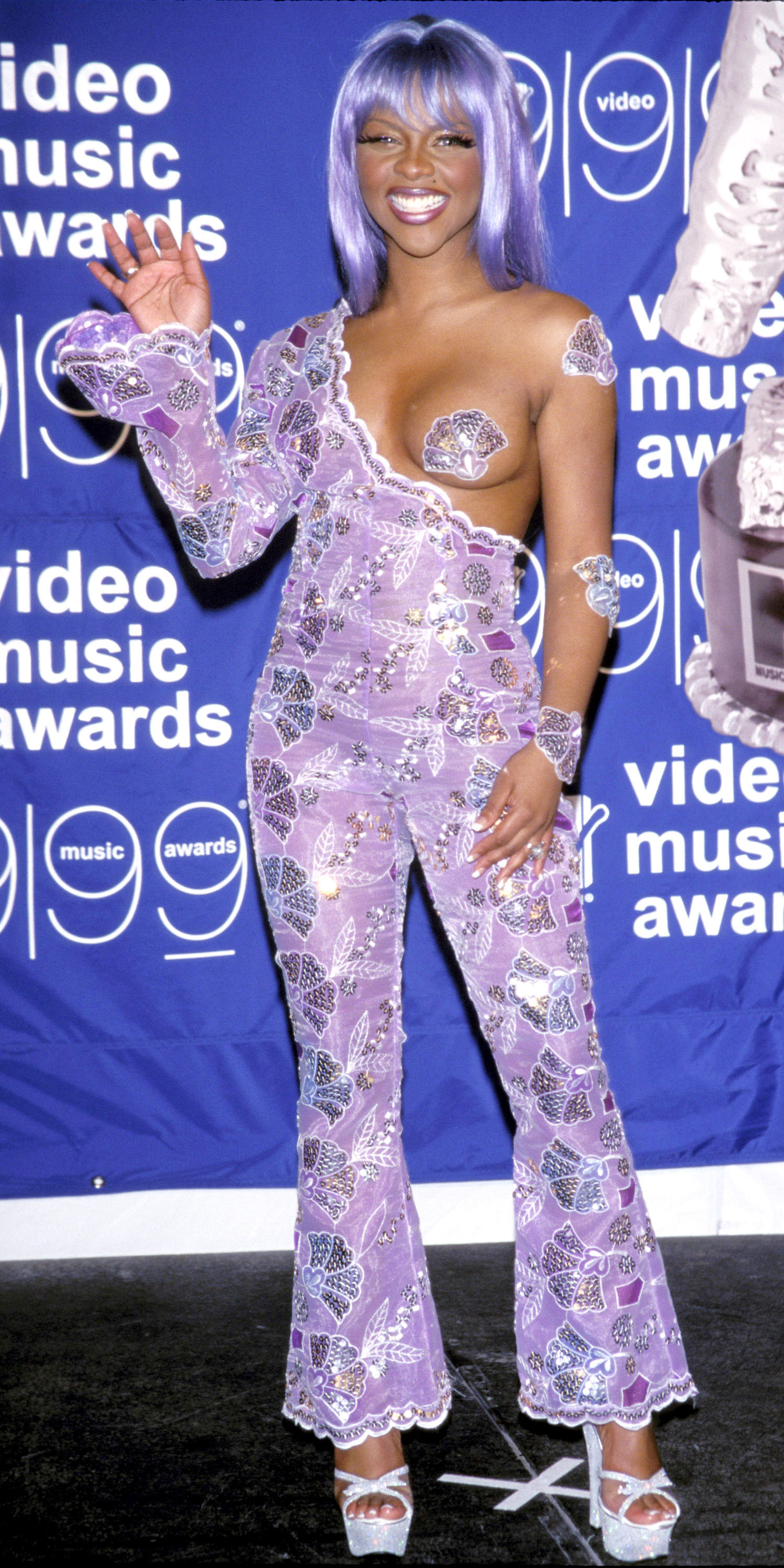 The best part of the whole affair isn’t even the fact that Miley’s costume is so incredibly precise; it’s that Lil’ Kim herself took to Twitter via her WhoSay account to respond. 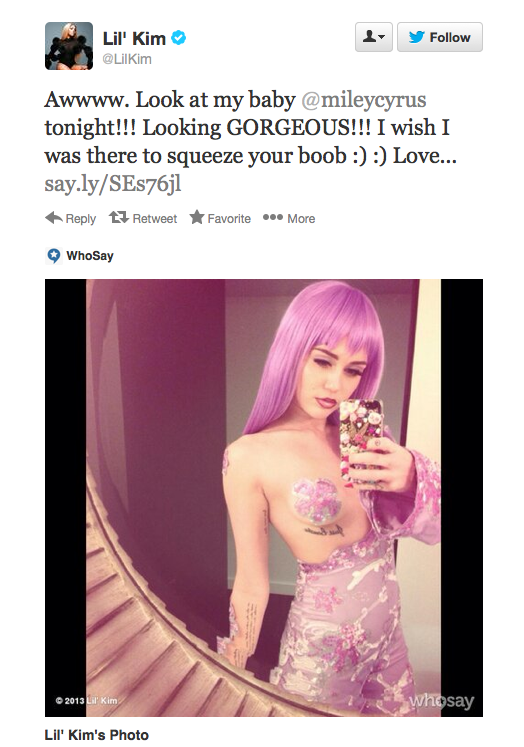 Ever the fan of the social media-posted selfie, Miley took the opportunity to most numerous photos of herself in costume. Feast your eyes upon Miley, her uni-boob, and her fantastic purple wig in all their glory, below!

MORE: There Are 11 Options for Different Miley Cyrus Costumes This Year 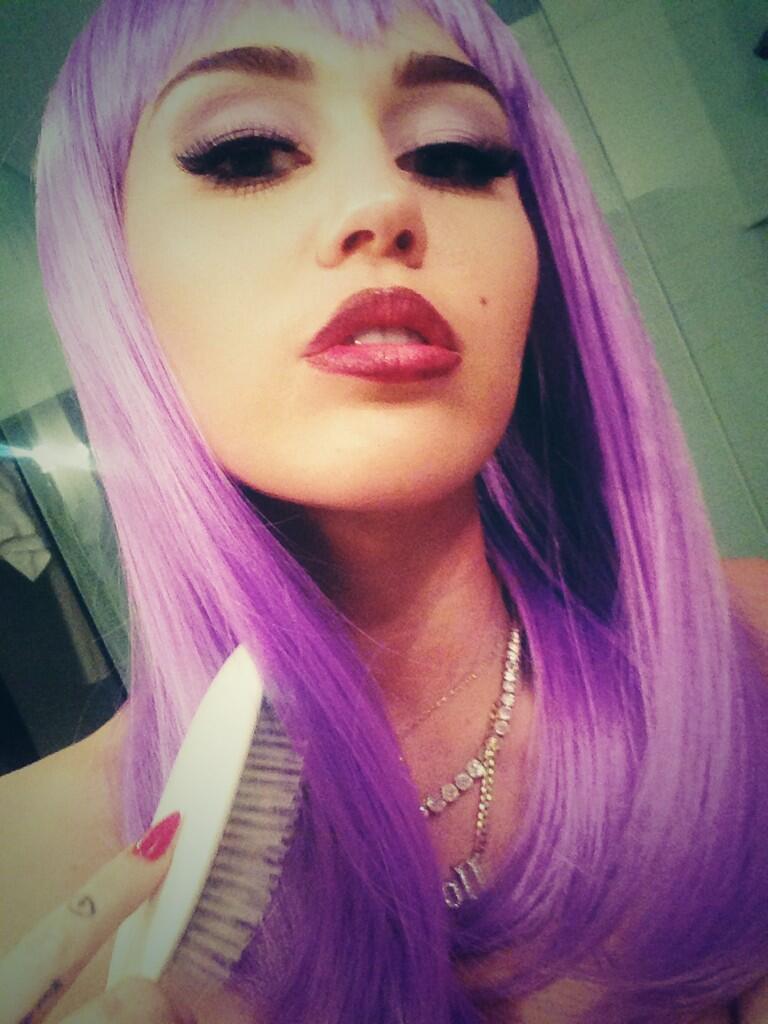 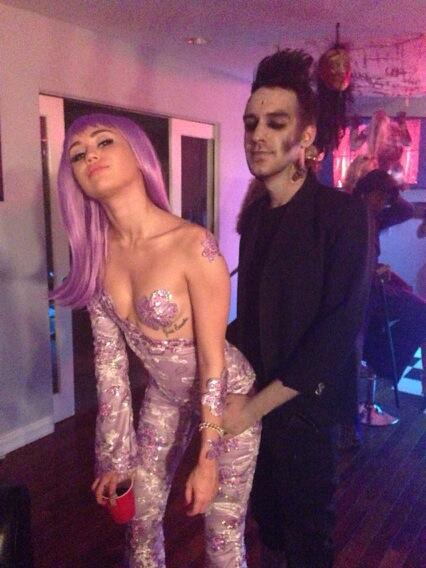 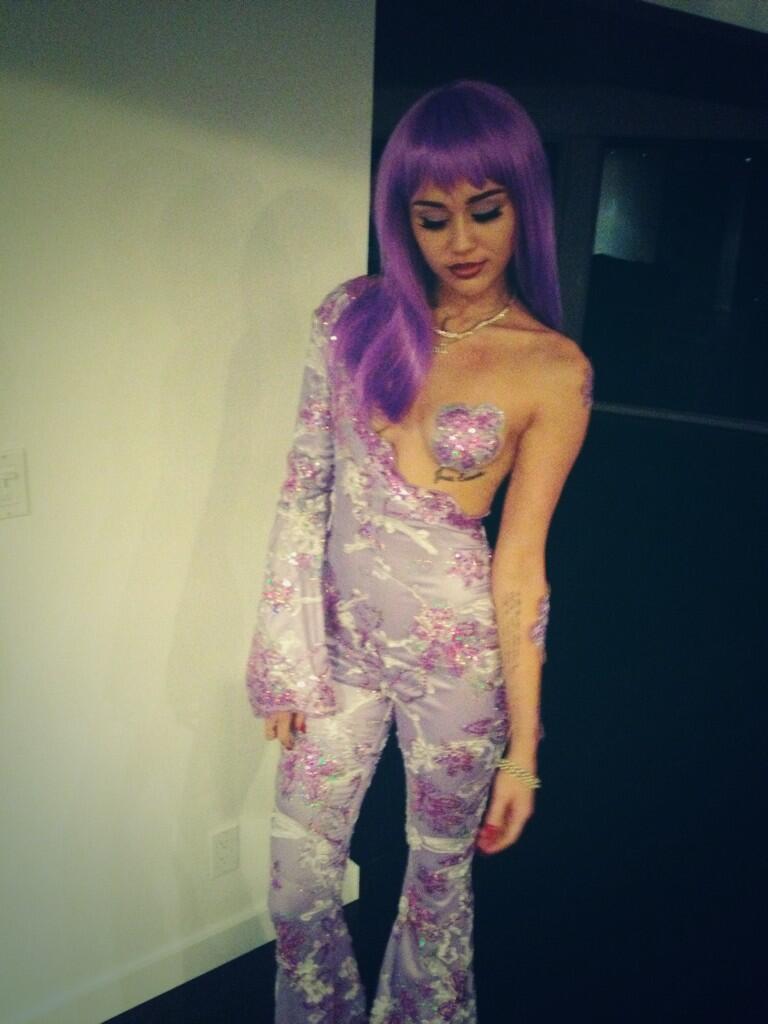