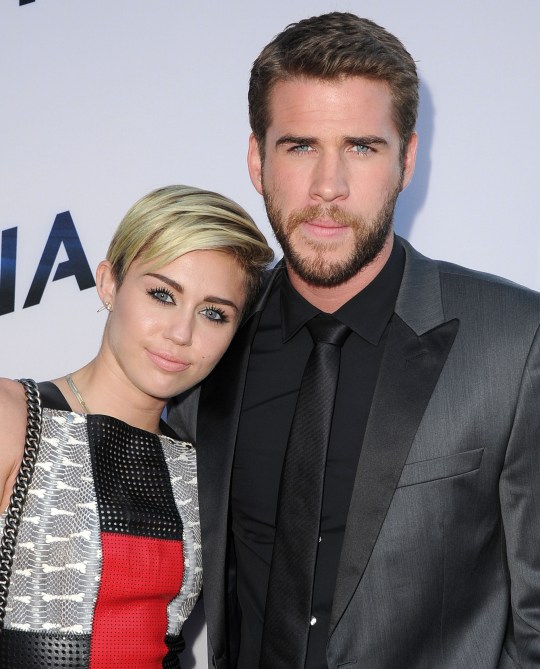 After months of unconfirmed reports, rumors, and denials that Miley Cyrus and her fiancé Liam Hemsworth had split, it’s finally been revealed that the stars’ engagement is totally off. A day after Cyrus unfollowed Hemsworth on Twitter (which obviously is a sign of trouble in any relationship), each of their reps confirmed to People that they’ve split.

More: Miley Cyrus Says Her Style is ‘On a Whole Other Level‘

The last time they were seen together was at the premiere of his flick “Paranoia” on August 8, where she wore a glamorous Proenza Schouler dress (above). Since then 20-year-old Cyrus has been on a raucous media tour promoting her new album Bangerz, which hits stores on October 4. Her most memorable appearance was at the MTV VMAs, where she now infamously twerked on married father Robin Thicke‘s genital area while belting out a pitchy version of his hit song “Blurred Lines.”

That performance reportedly lost her a Vogue cover (Anna Wintour doesn’t do twerking), as well as Hemsworth’s respect. The 23-year-old more conservative “Hunger Games” star was supposedly “mortified” and wanted a clean break. Well, we guess that’s what they both got—and now they’re free to pursue other interests. We wonder if any truth will emerge regarding the rumors that Hemsworth and older actress January Jones had a fling back in March.

Even though this was obviously coming, we’re still sad. Although they were young, the duo, who met on the set of “The Last Song” back in 2010, seemed to have a lot of love for each other.

What do you think of the split?