No one can say that they didn’t see the end of this celebrity couple coming. While Miley Cyrus and Liam Hemsworth always seemed like one of the most in love—and attractive—Hollywood duos, they’ve had a tumultuous relationship since meeting on the set of “The Last Song” back in 2009.

Although they got engaged in June 2012, they’ve been plagued with tabloid reports of his infidelity (he allegedly had a steamy night with January Jones back in March), and Cyrus has been spotted numerous times not wearing the 3.5 carat Neil Lane diamond ring that Hemsworth gave her. Now, Us Weekly is reporting that it’s through for good.

“They are definitely over,” a source claimed. Cyrus was also heard stating, “We’re done,” to a friend. This comes less than a month of Hemsworth’s brothers Luke and Chris allegedly staged an intervention, stating that the relationship was clearly unhealthy.

Many have speculated that the 20-year-old Cyrus’ recent image makeover (she famously chopped her long locks and dyed them blonde, and now favors sleek jumpsuits to dresses) had something to do with the split—and that perhaps 23-year-old Hemsworth is more ready to settle down. Regardless, we’re always sad to see a couple who seemed like they actually enjoyed each other’s company not work out.

Also of note: Last night, Cyrus posted the below photo on her Twitter account. Call us crazy, but it looks eerily like a wedding dress. Either she’s trying to minimize the bad press (she was likely informed this story was coming out today), or it’s an unfortunate coincidence. From a cynical publicity standpoint, maybe this is also to drum up press for her upcoming single “We Can’t Stop” to be released on June 3.

What do you think of the sad news? 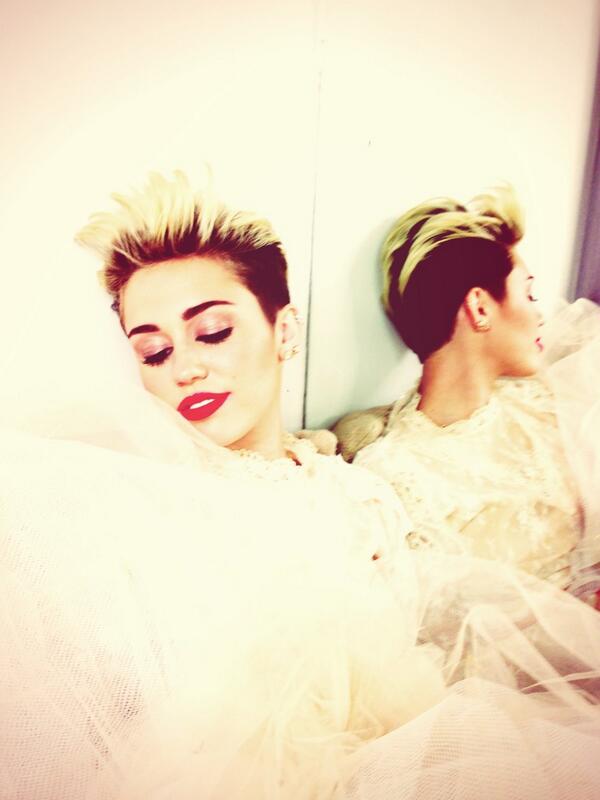