Oh, Miley: Far be it from you to let 2013 slip away without one last headline-making scoop. This time, it isn’t about what she’s wearing, but rather who she’s (reportedly) hooking up with. According to Us Weekly, the twerking queen and de facto mayor of 2013 is having a fling with “Twilight” star Kellan Lutz. 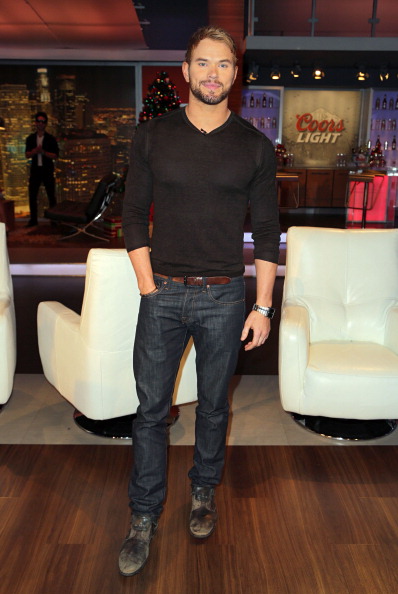 The actor, 28, reached out to the Bangerz singer, 21, in early December and “The next day, they hung out,” an insider told Us Weekly. “And they’ve been hooking up ever since.” The site also reported that Cyrus invited the actor on an overnight jaunt from Miami to the Bahamas earlier this month.

The super-fit Lutz is “nice eye candy” for the singer, addeds the insider. “It doesn’t hurt that he’s Liam’s pal. But they really enjoy each other’s company.”

The Liam in question is, of course, Miley’s ex-fiance, actor Liam Hemsworth, with whom she split in September after three years together.

Honestly—assuming this rumor is valid—we’re a bit surprised Miley would go for another beefy, fairly vanilla guy, since she’s worked so hard to cultivate her own left-of-enter badass image this year. Of course, there’s no accounting for taste, even if you go from wholesome Disney darling to, well, a NSFW singer who poses half-nude for Terry Richardson, grinds on foam fingers, and has a clear aversion to pants or anything that resembles them.