These two are officially over and have been for weeks. However, Miley Cyrus and Kaitlynn Carter’s marriage talk breakup reason is a new revelation. If you didn’t know, the last few months of the “Slide Away” singer’s life has been a whirlwind. After a decade together, Miley and her husband of nearly one year, Liam Hemsworth are getting a divorce. However, before their divorce was announced, the songstress swiftly moved on with her friend, Kaitlynn Carter. The ladies’ romance sizzled for about a month until it collapsed.

Now, Miley has been seen hanging out with Cody Simpson. But back to Miley and Kaitlynn’s split. Since the duo was seemingly tied at the hit, litterally no one saw it coming. From what we understood things went south because the pair were moving way too fast, too soon. Kaitlynn and Miley were joined at the hip after their PDA-filled Italian vacation, they were together following Miley’s emotional MTV VMAs performance and they even wore matching outfits to New York Fashion Week.

The duo bonded since both of their marriages had recently ended, and it was reported that they were even living together. TMZ is now reporting, the women “got along like a house on fire” and “there was even talk of marriage.” WOAH! We can certainly understand how talks of marriage were completely overwhelming to the singer and since she’s certainly not looking for anything serious right now considering she’s still technically married, we get why she backed out of the relationship, An insider explained,

Miley did not want to rush into anything. She and Kaitlynn have been close friends for a long time and things got romantic. Miley was ready to call it off because she wasn’t ready for a relationship. She needs to be by herself. She and Kaitlynn spent every day together, and it just wasn’t anything that Miley wanted to continue doing. She wants to focus on her career. It wasn’t an easy decision, but this is ultimately what she wants. 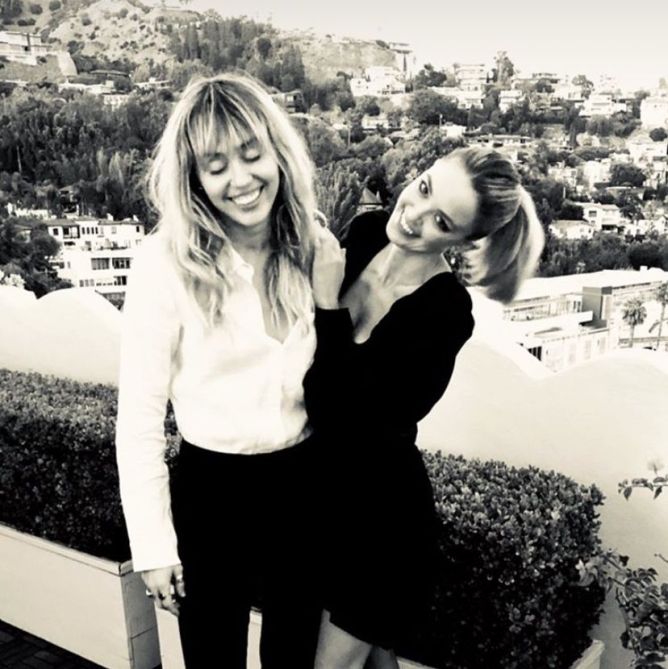 Though the split seemed amicable at first–People is now saying that Kaitlynn was blindsided by the split. They reported, “Kaitlynn is still surprised and upset about how abruptly things ended.”

Yikes–we hope there are no lingering bad feelings. We always think now is the perfect time to be alone.