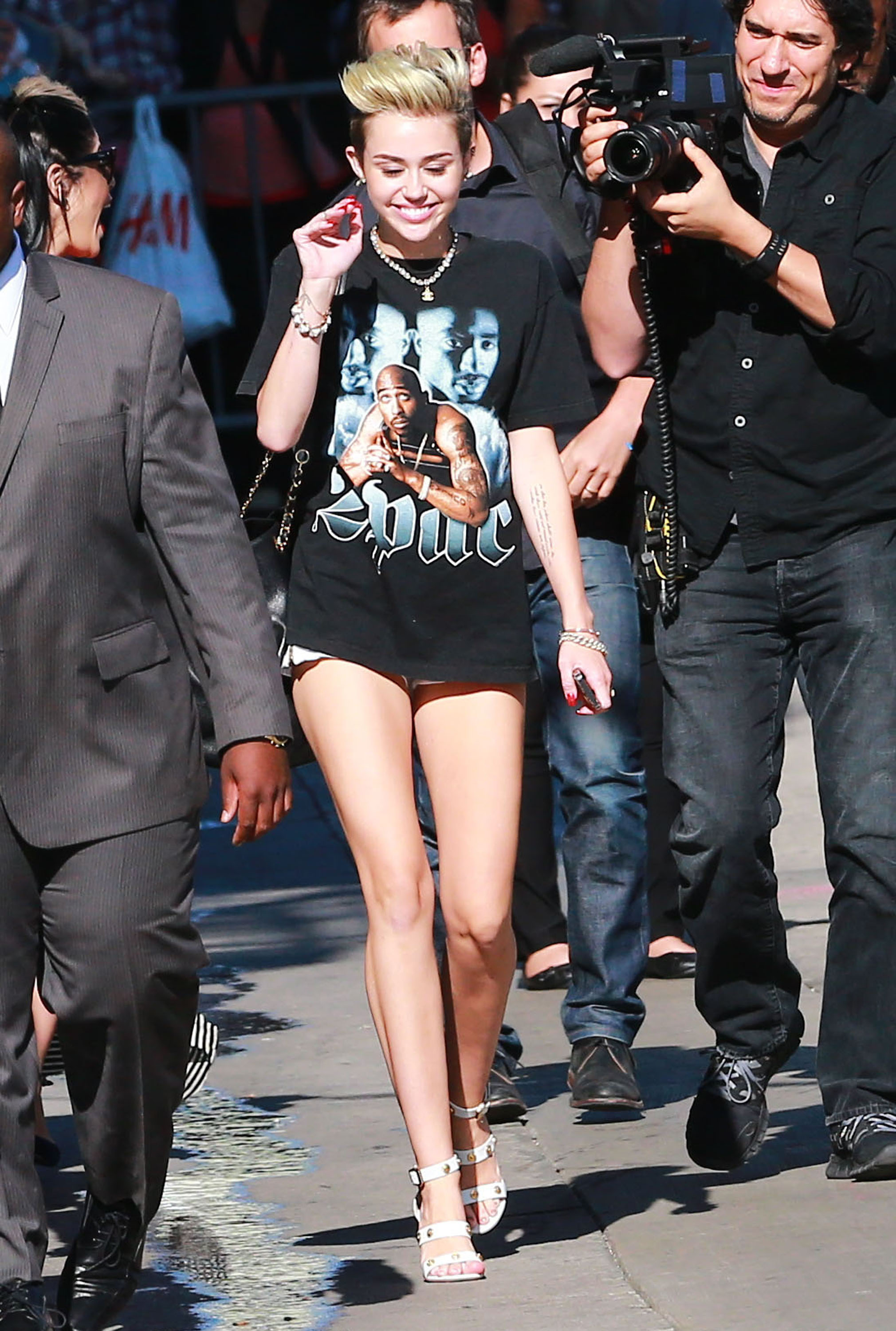 Another day, another outrageous ensemble for 20-year-old Miley Cyrus.

Last night, the former Disney star turned up for an appearance on “Jimmy Kimmel Live” wearing a T-shirt emblazoned with the face of Tupac “2Pac” Shakur, the late rapper for whom Cyrus has previously expressed affection. She paired it with barely-there shorts, studded white Versace heels, and a demure strand of Chanel pearls—just to give the outfit that “Jackie O goes to Compton” feel.

After a rousing (and slightly raunchy) performance of her hit single “We Can’t Stop,” Cyrus changed outfits and sat down with Kimmel to chat about a slew of topics—among them her friendship with rapper Snoop Lion, formerly known as Snoop Dogg. After collaborating on “Ashtrays and Heartbreaks” for Snoop’s recent album, the two have struck up a friendship—which is hardly surprising considering Cyrus’ attempt to stake a major claim in the hip-hop world (again, the 2Pac T-shirt).

“We’re more alike than you would think,” Miley said of Snoop. “We’re very similar. He actually said that.”

“That’s because he’s so high he doesn’t even know what his name is,” Kimmel quipped. “Me too,” Cyrus replied. “We both are. That’s why we get along so well, I guess.”

Uh-oh. It looks like Cyrus isn’t going to stop causing controversy anytime soon. Watch the video below and see for yourself.

What do you think of her outfit—and her admitting to indulging in marijuana with Snoop Lion?