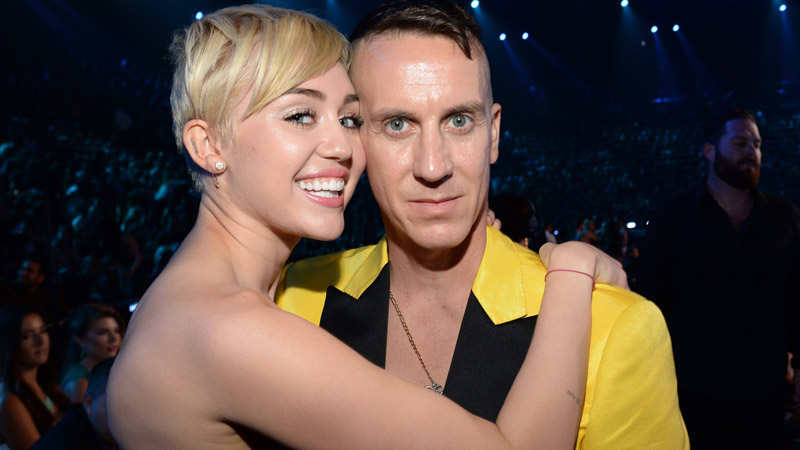 It’s most definitely been designer Jeremy Scott’s year. Not only did he reinvigorate Italian label Moschino with his pop culture-laced sensibility (and had the fashion world clamoring for McDonald’s-inspired accessories), but now he’s teaming up with none other than Miley Cyrus.

He told a reporter on the MTV VMAs red carpet last night: “I’m always working with people. I just did something for Katy [Perry’s] tour that she’s on right now, Miley as well. And Miley and I have something very exciting that we are brewing up for the future…I am going to let her announce it….I love working with musicians, to me it’s such a joy. I love the performers, I love the music, so it’s always exciting to kind of help them propel their image even further with my designs.”

While Scott may have been tight-lipped about the collab, he did let slip that it would drop during his Spring 2015 runway show during New York Fashion Week in September. “I’m trying to almost capture the look of very cool kids rather than models in a model army,” he said of what to expect from his next collection. “It’s a new approach because each outfit is so uniquely different.” Is Miley one of the cool kids he’s talking about? Did she do the runway music? We have so many questions, and can’t wait to find out.

MORE: The 10 Best (and Bitchiest) Vine Videos From the VMAs

As for the one person Scott is still dying collaborate with, that would be Dolly Parton. “I might need to talk to Miley about that because she is her god-aunt,” he said.

Are you dying to see what these two will come up with together? Share your thoughts in the comments below!