This has definitely been the week for weird celebrity hookups: yesterday, word arrived that 21-year-old model Cara Delevingne and 35-year-old actor Michelle Rodriguez are confirmed to be dating, and that Seal and Heidi Klum might be back together. Now, a new unlikely pair are rumored to be hooking up. 21-year-old pop star Miley Cyrus and 42-year-old singer, actor, Oscar nominee, and general all-around weirdo (in a good way!) Jared Leto are allegedly knocking boots.

According to an anonymous source who spoke to Us Weekly, the pop starlet and the man who once broke hearts as “My So-Called Life” hottie Jordan Catalano (and who is now twice Miley’s age) are “hooking up.” The source continues: “The two have known each other for quite some time, and she stayed over at his house in early February.” Our best guess: something went down after the Grammy Awards, when Cyrus and Leto were spotted backstage chatting, air-kissing, and generally getting too close for platonic comfort. 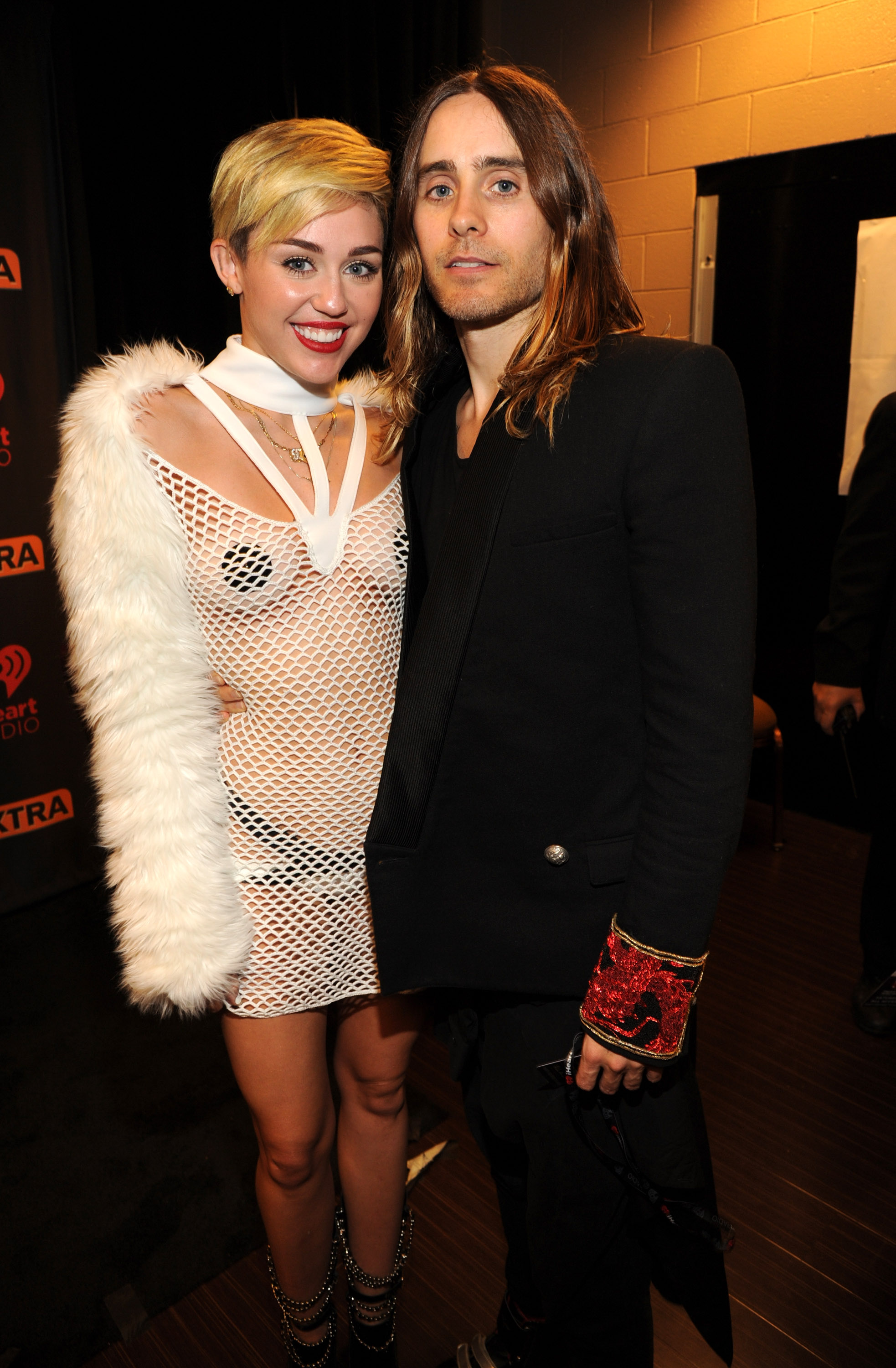 We’re totally on board with this pairing. Our only request: they need to team up for a duet pronto. In the tradition of Leto’s storied history with pop song covers, he needs to deliver a growl-y, dramatic rendition of “Wrecking Ball” as soon as humanly possible, and Cyrus needs to hop on one of Leto’s band 30 Seconds to Mars’ tracks with a quickness. Because we all need to hear a “We Can’t Stop the Hurricane” mashup before we die.

MORE: The 15 Most Porn-y Pics of Miley