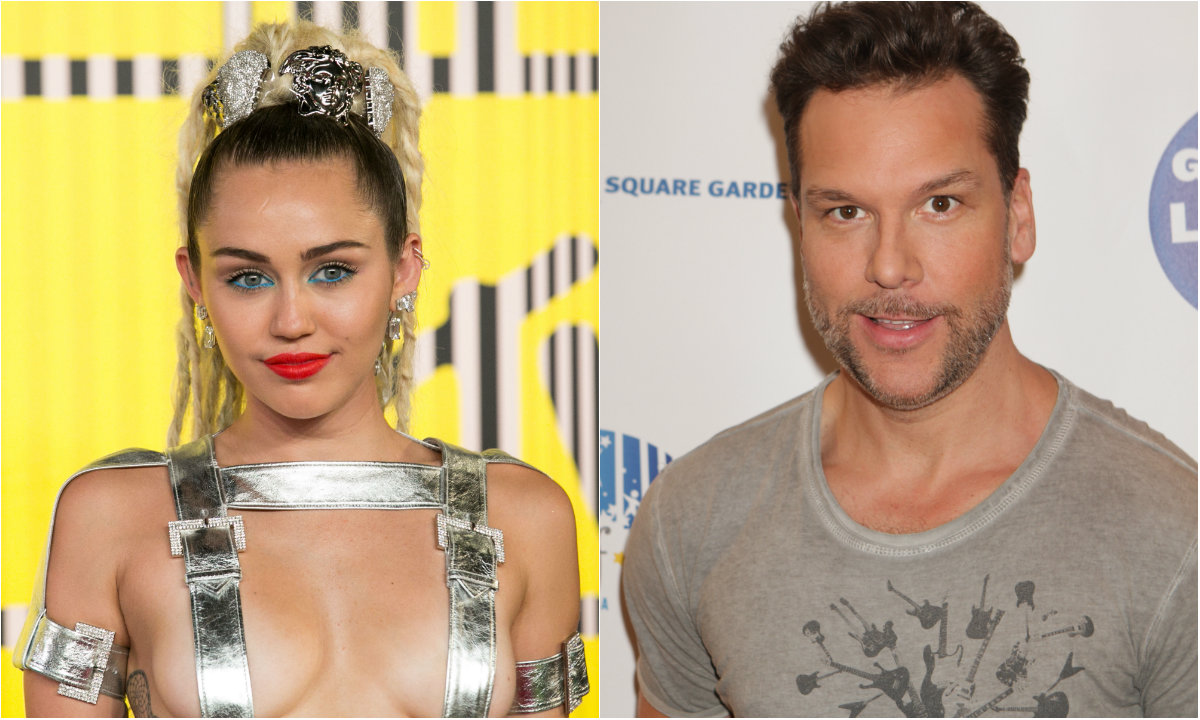 Question of the day (second only to why Kendall Jenner wasn’t sitting front row at Kanye’s fashion show): Why is Miley Cyrus hooking up with Dane Cook?

Hey, we’re not slamming the comedian—who, in case you’re too young to remember, was kinda big in the early-to-mid 2000s—but it seems like an odd match for Miley, who most recently was rumored to be dating (or at east making out with) Victoria’s Secret model Stella Maxwell.

Or is it? The more we think about it, the more it’s becoming clear that the “edgy” Dead Petz creator likes bros. As in, dudes who wouldn’t look out of place tossing a frisbee on the quad, or pre-gaming at their Hamptons share house.

Allow us to remind you that she was engaged to honorary frat boy Liam Hemsworth, dated the California cousin of the Kennedy clan, Patrick Schwarzenegger, who was photographed taking body shots off a mystery girl on spring break, and now is reportedly taking up with Cook, who once did a whole comedy bit about “the smell of piss.”

According to Us Weekly, the 22-year-old and Cook (who dated Jessica Simpson—remember?) are “longtime pals.” In fact, after Schwarzenegger’s body shots debacle, Miley regrammed a self-addressed post from the 43-year-old that read “Don’t you ever let someone treat you like a yellow Starburst. You are a pink Starburst.”

Neither celeb has confirmed the rumor, but we wouldn’t be shocked if Miley dresses up as a giant pink Starburst if she does.