When we think of Miley Cyrus, we don’t exactly think stockings—not exactly the sexiest garment—but once we took a look at the new campaign images for Italian seamless tights and intimates company Golden Lady, we’re changing our tune.

Cyrus has been named the face Golden Lady, and appears in a series of images shot by her good buddy Terry Richardson, and styled by legendary stylist Carlyne Cerf De Dudzeele, reported WWD. The images that have been released so far show the pop star rocking bright lips, nude tights, plenty of bling, and black leather, built around the slogan “Rock Your Legs.

The company told WWD it’s seeking a young, fashion-aware audience, and its new line of tights has “no bothersome stitching” around the waistband or below, making it ideal to wear under tight dresses. The tights were also treated with silver ions to give wearers a “fresh” feeling against the skin, while thicker versions adapt to body temperature. High tech!

Take a look at Miley in one of the images below, then check out the video she made for the tights! 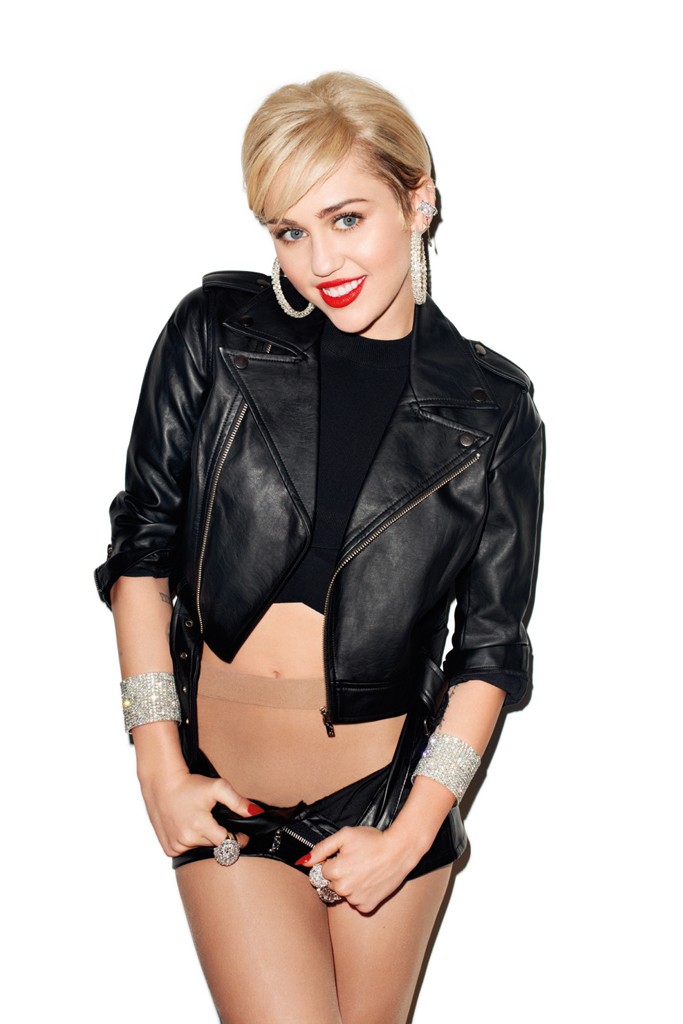