For Miley Cyrus, the 2018 Met Gala was all about one message: Sustainability in the fashion industry. For years, the 25-year-old has been outspoken about her decision to go vegan and adopt a plant-based lifestyle. Now, the singer has taken to the streets—er, the red carpet—to promote her message and call for an industry-wide ban against the torture of animals.

In an interview with Vogue, alongside Paris Jackson and designer Stella McCartney, Cyrus explained that it’s past time for the fashion industry to go vegan. The “Malibu” singer—who recently released her own vegan footwear line with Converse—was backed up by McCartney, who suggested that luxury fashion doesn’t need to include torture.

“I’m here so excited to be a part of this because I think this moment can be about so many different things, and for me I want to bring a message which is veganism and that there doesn’t have to be torture in fabulous fashion,” Cyrus sad.

“You can be stylish, and sustainable all at the same time,” McCartney added. 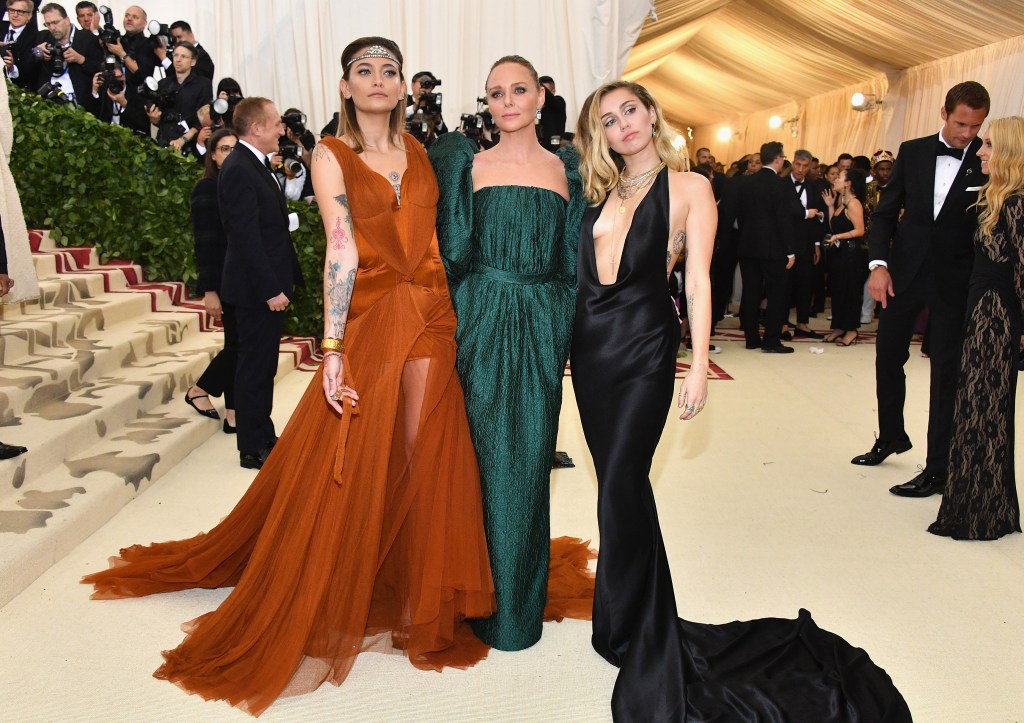 MORE: 16 Vegan Celebrities Who Will Make You Want to Go Plant-Based

For the Met Gala, Cyrus, Jackson, and McCartney all wore sustainable dresses by the London-based designer. Judging from their show-stopping looks, the women proved their point that fashion can still look beautiful without hurting animals. After the Met Gala, Cyrus also took to her Instagram story to continue her vegan message. She shouted out McCartney for continuing the wave of sustainability in the fashion industry by choosing to go torture-free.

“Thank you @stellamccartney for having me as your date & shining a bright light on sustainable non violent fashion!” Cyrus wrote on an Instagram story.

Like Cyrus said, the Met Gala can be about many things, and we’re glad that the singer chose to use her platform to shine a light on a very important topic.