Miley Cyrus is still making sense of the election results, and she’s doing it in real time. As about half the country reels from last night’s verdict, Cyrus fired up her phone camera and videotaped her reaction to our nationwide reality. Fresh off a crying jag, she tried to make sense of everything.

“OK, so, probably like most people that are going to see—well, maybe not, because, given the result, maybe I really am different, and maybe a lot of people that I’m surrounded by think with open minds and open hearts like I do,” she started out. Even though a lot of people voted for Donald Trump, Cyrus was still hoping that she might be able to find common ground.

‘I do want to say that I’ve been very vocal for my support for everyone besides Donald Trump,” she said. “Heavily supported Bernie. Heavily supported Hillary.” Breaking down in tears again, she added, “I still think that in her lifetime she deserves to be the first female president.” Cue the sound of hearts breaking everywhere. 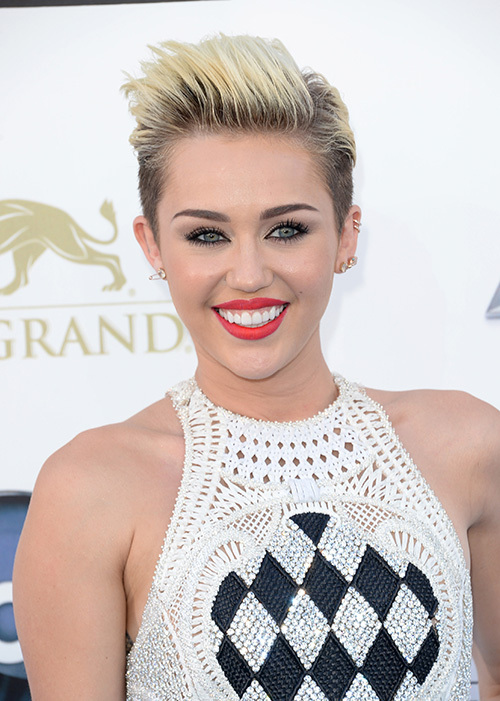 “That’s what makes me so sad,” Cyrus said through her tears. “I just wish that she had that opportunity, because she fought for so long and because I believe her when she says that she loves this country. This is all she’s ever done. She’s given her life to make it better.”

While some of us might feel a bit less generous, Cyrus opted to try the high road. “Like Donald Trump so ironically played after his speech, it said, ‘You can’t always get what you want,'” she said. “And happy hippies, we adjust and we accept everyone for who they are. And so Donald Trump, I accept you.”

Cyrus may not be matched in her opinions by many people in this country today, but she bravely forged on. “This hurts to say, but I even accept you as the President of the United States, and that’s fine, that’s fine, because I think now I want to be a hopeful hippie.”

Cyrus rounded out her appeal by thanking President Barack Obama for his incredible run. “Mr. Obama, I want to say thank you for everything you’ve done in these past eight years,” she said.

Seemingly appealing directly to Trump or his supporters, Cyrus emphasized that she’s open, and all about respecting everyone—regardless of their political beliefs. “Please just treat people with love and treat people with compassion and treat people with respect and I will do the same for you,” she said. “Anything you ever want to talk about or understand … please, if you want to open your mind and open your heart, I would love to give you a key. Thank you so much.”

Raspy, Cyrus finished with a final expression of gratitude toward Hillary Clinton. “Thank you, Hillary, for inspiring all of us,” she said. Yes: Thank you, indeed. For the full video, head to Cyrus’s Facebook page.