All of us know who Miley Cyrus is. She was the star of Disney Channel’s Hannah Montana. She’s released banger after banger in her 10 years in the music industry. And her dad is, you know, Billy Ray Cyrus. What’s more secretive is Miley Cyrus’ dating history, which has been hush-hush since she entered the spotlight more than a decade ago.

Most of us know Miley as the longtime girlfriend, then fiancé, then wife of Liam Hemsworth. The two, who dated on and off for about 10 years (more on that later), split in August 2019. Since then, Miley has had several high-profile relationships. And while the Disney Channel alum was in a longterm relationship for most of the time we knew her, there wee some off periods from Liam where she had brief flings with other stars.

With more than 10 years in the biz, it may be hard to keep track of Miley’s dating life. She is one of the most written-about stars in Hollywood. Ahead, we try to trace her dating history, from the first moment she met Liam Hemsworth on the set of The Last Song to her 2020 relationship with Cody Simpson. As Miley’s fans know, the “Wrecking Ball” singer is one of a kind.

A version of this post was originally published in May 2020.

Miley had a puppy-love romance with Tyler in 2000 after they met on the set of her dad’s show, Doc. As Tyler revealed in a past Entertainment Tonight interview, Miley was his first kiss when she was 7 and he was 9. “We were so damn young…I would get excited when we would hold hands,” he told ET. 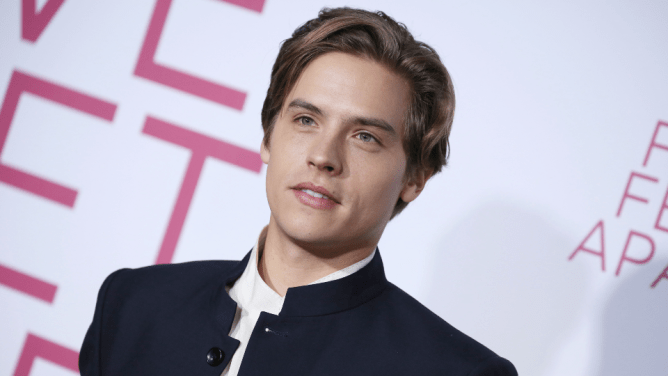 Dylan revealed in a 2008 interview on Jimmy Kimmel Live! that he dated Miley for a hot second—a.k.a. one day—when he was around 11 or 12 years old. We met at her set, I believe, and we dated. And then Nick Jonas walked by and it was over,” he joked at the time.

Miley and Nick dated from June 2006 to December 2007. As fans remember, Miley and Nick, who were both 13 at the time, were stars on the Disney Channel when they dated. Nick’s band, the Jonas Brothers, also opened for Miley on her Best of Both Worlds Tour toward the end of their relationship. “It seemed like my life was over, but everyone still living,” Miley wrote about the breakup in her  2009 book, Miles to Go. One of Miley’s most well-known songs about her relationship with Nick is her 2008 single, “7 Things.” In the music video, she even showed a photo of her and the JoBro. The two reunited years later to duet on the Jonas Brothers song “Before the Storm.”

Liam is Miley’s big relationship. They on the set of the Nicholas Sparks movie, The Last Song (in which they played love interests), in 2010. They got engaged in May 2012, but broke up a year later in September 2013. They reunited around 2014 before breaking up a couple more times and eventually tying the knot in December 2018. However, after nine years of dating on and off, Liam and Miley announced their separation in August 2019 and finalized their divorce a few months later.

In between her breakup and makeup with Liam, Miley dated Kellan. The two had a short romance in late 2013. A source told Us Weekly at the time that Liam wasn’t bothered with Miley’s fling with his friend. “It doesn’t hurt that he’s Liam’s pal,” an insider told the magazine at the time. “They really enjoy each other’s company.”

Miley also dated Patrick in between her relationships with Liam. The two started dating in 2014 but split a year later after Schwarzenegger was photographed doing body shots on a mystery woman, according to Us Weekly. The two eventually reconciles before splitting for good in April 2015.

Kaitlynn was Miley’s first public relationship after her breakup from Liam. The two sparked romance rumors in August 2019 (days after Miley announced her divorce from Liam) after they were photographed kissing in Italy. The two dated for a month before splitting in September 2019.

Miley and Cody were longtime friends before they started dating in October 2019 after her splits from Kaitlynn and Liam. The “Malibu” singer confirmed the relationship with a shirtless photo of Cody with the tweet: “Get used to me dating – this is where I am at !” Miley confirmed that she and Cody had split in August 2020.

“But, for right now, two halves can’t make a whole and we’re individually just working on ourselves to become the people that we wanna be,” she said on her Instagram Live at the time. “Like everybody else at this age, we’re just deciding who we wanna be with our lives, what we wanna do with our lives. And so, don’t make it some drama story if next week we’re out hanging out or getting pizza. We’ve been friends for 10 years and we’re gonna continue to be friends.”