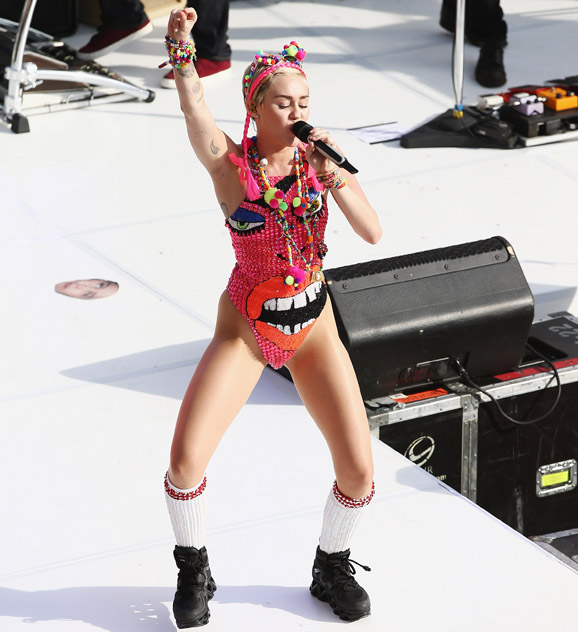 Now that moms across America know what twerking is thanks to Miley Cyrus, the dance move that the 21-year-old pop star perfected is now, well, dead. Don’t get too upset, though: Cyrus has a new signature move, and it’s called the Nae Nae.

Cyrus is in Australia on her Bangerz tour, and she appeared on the morning show “Sunrise” today where the topic of twerking was naturally brought up. “Twerking seems so yesterday,” TV presenter David “Kochie” Koch, told Cyrus, who then replied, “I’m glad you know that because some people are living in the past!”

Asked what her new move would be, Cyrus replied: “It’s called the Nae Nae…and you have to do it! You go like this…” before jumping up to demonstrate her new favorite dance move.

“I keep trying to start it at all my shows and nobody’s really doing it back at me,” she said. “But you guys have got it! I just don’t think its make its way to Australia yet!” As for how the Nae Nae came to be? According to Cyrus: “My dancers—the L.A. Bakers—they started doing it, and I’m like, ‘What is that?’ So then I started doing that, which is kind of what happened with the twerking, too.”

Watch the clip below (the dancing begins at the 6:50 mark) and learn how to do the Nae Nae for yourself!