Ahh. New relationships. They’re always so fun in the beginning, aren’t they? It does get a little trickier when, you know, the whole world is invested in the relationship as well. Miley Cyrus called Cody Simpson her boyfriend on Instagram, so naturally, the entire population can’t breathe. We’re pretty sure fans feel like they are the third member of this budding romance. Cyrus and Simpson have been spotted hanging out for like two weeks? Maybe two weeks. And already fans are obsessed with their every move. So obsessed, in fact, that Cyrus took to social media to try to establish some boundaries. The “Don’t Call Me Angel” singer separated from her husband of about eight months, actor Liam Hemsworth, earlier this summer. Since then, the American pop star has remained in the spotlight.

Cyrus had a dalliance with Kaitlynn Carter just following her break with Hemsworth. The two vacationed in Italy together and spent some one-on-one time with each other once they were back in LA. They called things off soon-there-after (two weeks ago—and they’re “still friends”) and now Cyrus is romantically involved with fellow singer, Cody Simpson. The two are seemingly inseparable. Contrary to what many thought of this romance, it doesn’t appear to be “just a fling.” Cyrus has been in the hospital where she’s being treated for tonsillitis. Well, she took the opportunity to bring her and Simpson to the next level—BF & GF! Yesterday, the singer revealed that she and the 22-year-old Australian hottie have defined their relationship. Simpson visited her in the hospital and sang to her. He literally serenaded her with a song he wrote for her. Dying.

Cyrus shared a video of her private concert, and well, he sounds so sultry and amazing. Well done, sir.

She also posted a story saying, “BF coming to visit me @ the hospy” with a series of black hearts. Cyrus shared a shot of Simpson, roses in one hand, his guitar in the other. Talk about the whole package! What a sweet “hospy” visit. 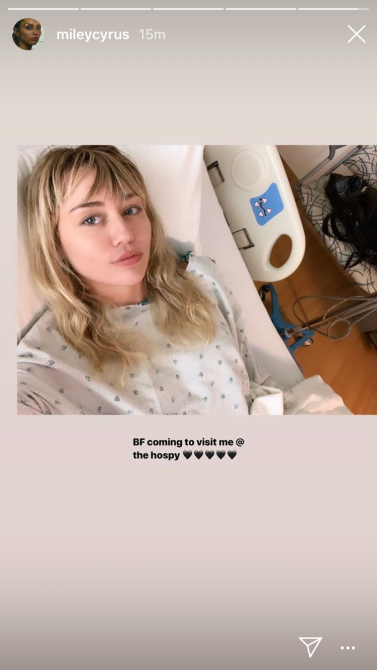 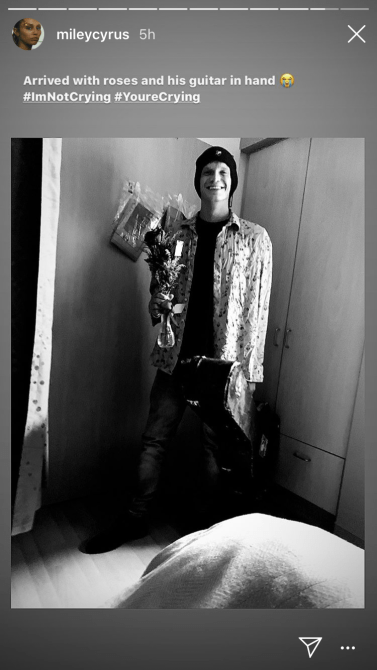 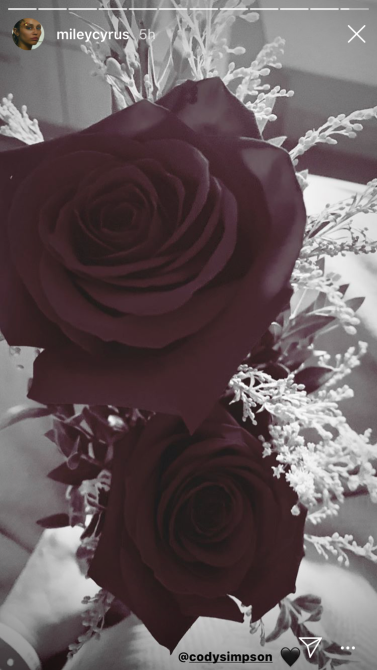