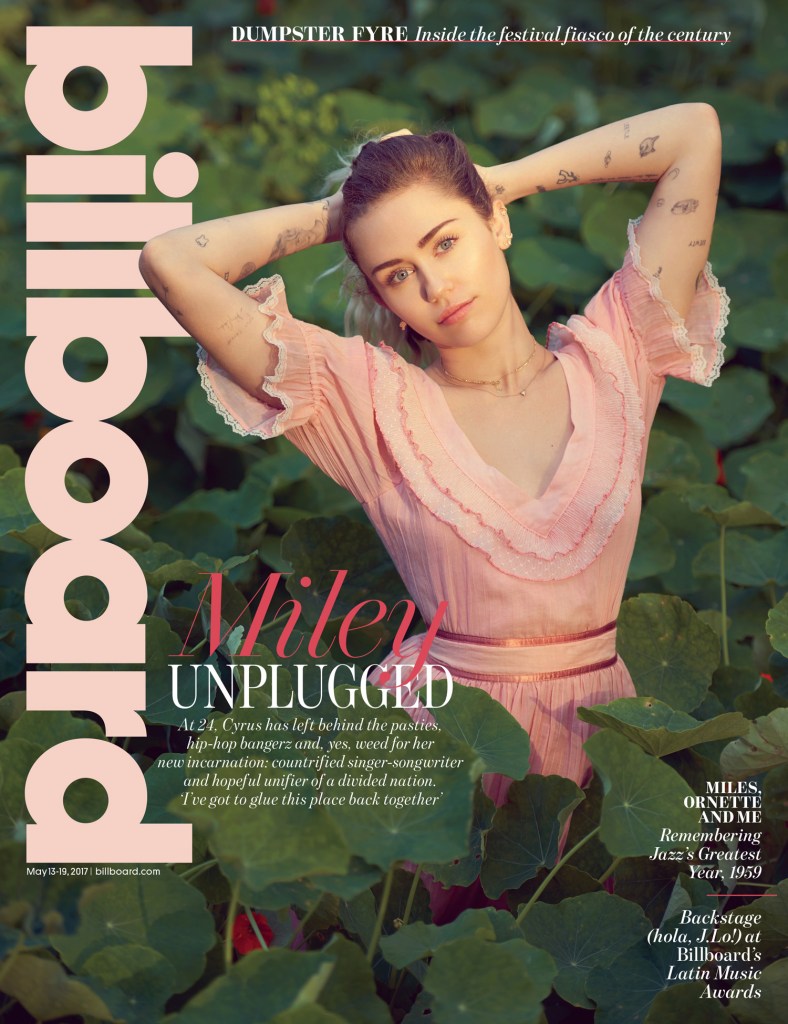 For more than a minute, Miley Cyrus was best known for twerking, wearing furry animal costumes, and sticking out her tongue. And while it seemed like a natural evolution for someone who entered the world stage as Hannah Montana, it is not that simple. Now in a new cover story with Billboard, the 24-year-old singer reveals why she did one of those things — stick out her tongue.

“I was so ­embarrassed to be on the red carpet,” she told Billboard. “So many of those fucking disgusting ­photographers would tell me to blow a kiss, and that’s not me! I don’t want to blow you a kiss. I didn’t know what to do with my face, so I stuck my tongue out, and it became a rebellious, punk-rock thing.”

More: Miley Cyrus Steps Out Without Makeup, Inspires World to Do the Same

It’s something we can expect to see less of now that she’s presenting herself as gentler, more grownup Miley. The new branding goes with her upcoming, and untitled, album, which is decidedly more “singer-songwrite-y.”

Its first single, “Malibu,” is coming out May 11, and it’s said to be a love song to her fiancé Liam Hemsworth. It’s also named after the Malibu compound they share, where she’s more likely to be found these days than on the red carpet. “I don’t do red carpets, and I just don’t put myself in positions where I feel uncomfortable anymore,” she said. I don’t have to.”