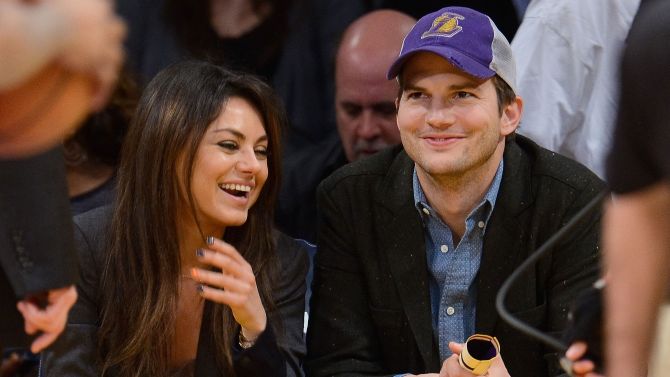 Fresh off reports that Mila Kunis and Ashton Kutcher are engaged comes even bigger news: The actress is pregnant with her first child!

According to E! News, Kunis is not only currently expecting, but she’s also been seen attending prenatal yoga classes in Hollywood.

Sources also apparently confirmed the news to Us Weekly, with one source even telling the tabloid that the pregnancy is “something they both wanted.”

Kutcher and Kunis have been linked romantically as far back as 2012, though their relationship has become much more public in the past few months. Kutcher’s divorce from Demi Moore was finalized this past November, so it’s possible that the two have only recently felt comfortable to make their relationship more official. Just over the past few weeks, the pair have been spotted canoodling at basketball games—and were even caught on the kiss cam (clip below)!—and a very impressive diamond ring was spotted on Kunis’ finger.

If the engagement and pregnancy are confirmed, it will be the first marriage for Kunis, and the first child for both Kunis and Kutcher.