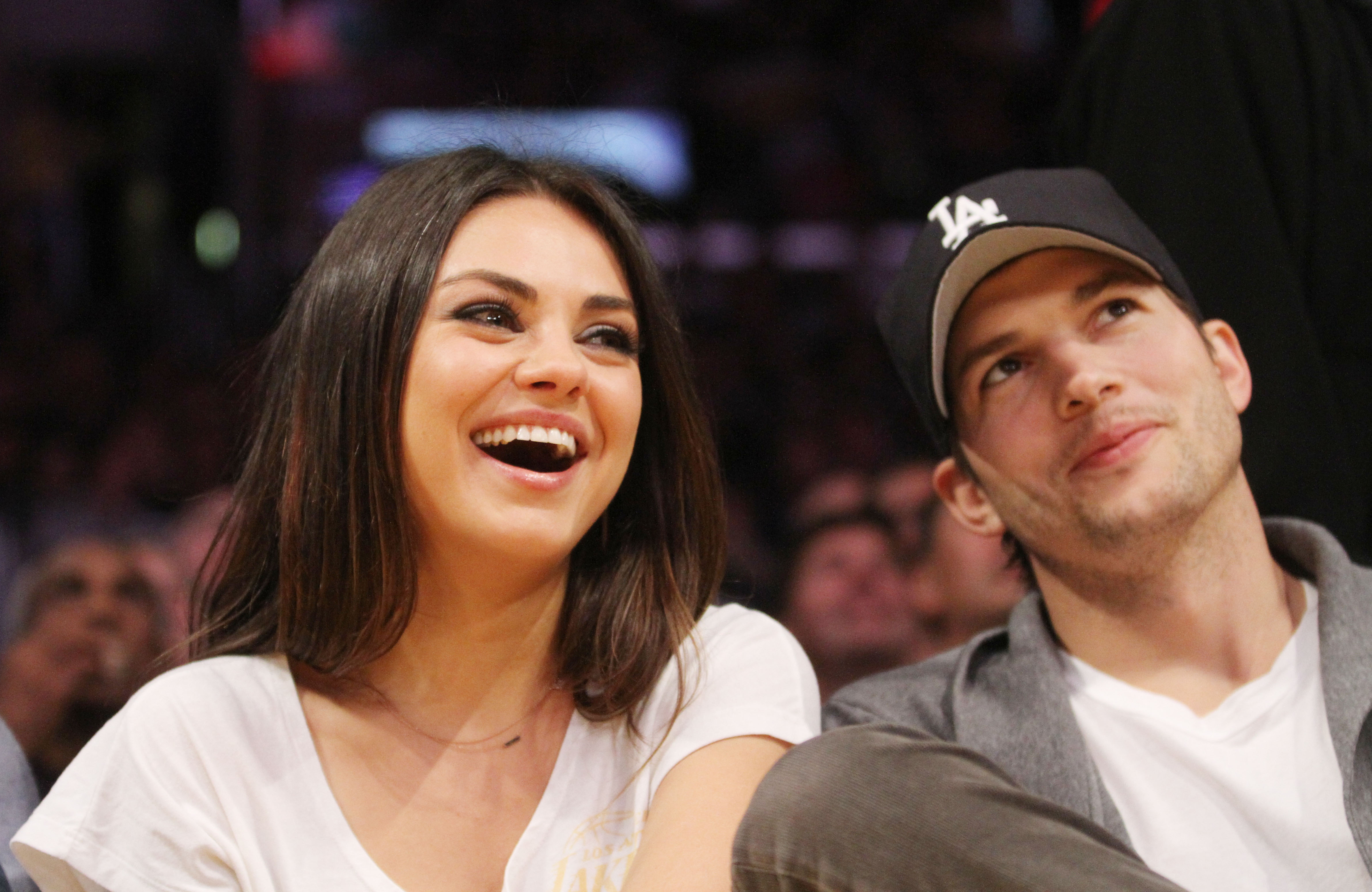 After months of hinting they might have tied the knot, it seems Mila Kunis finally confirmed that she and Ashton Kutcher are indeed married.

The 31-year-old actress, who has a five-month-old daughter, Wyatt Isabelle, with her former “That ’70s Show” costar, appeared on the first episode of James Corden‘s new talk show “The Late Late Show” and flashed her wedding ring after the host was persistent about getting some answers.

According to the Daily Mirror, Corden really wanted to know if they stars were married, and relentlessly pressed Kunis for confirmation, despite the fact she kept answering “maybe.”

“Either you’re married or you’re not,” Corden reportedly said, and finally asked Kunis to show her ring finer, which had a band.

Granted, it’s a pretty safe bet that the team at CBS planned this bit with Kunis to drum up some headlines for the new show—the British actor and comic is taking over for former host Craig Ferguson—and his first show airs Monday, and Mila is his first guest.

Still, this isn’t the first time we’ve gotten some sort-of confirmation about the fact that these two secretly wed—in early 2015, Ashton started the rumor when he shared a photo on social media that said “Happy New Year” written in sand, signed “The Kutchers.”

This would be the second marriage for Ashton—he was infamously married to Demi Moore from 2005 to 2013—and the first for Kunis, who dated Macauley Culkin from 2002 to 2010.