The action-packed Black Panther 2: Wakanda Forever gives us a glimpse into life inside the futuristic country of Wakanda. The highly anticipated sequel to the Academy Award-nominated film also introduces many new characters like Namor and RiRi Williams. But many MCU fans are wondering, Who are the Midnight Angels?

The second Black Panther film follows Shuri (Letitia Wright), Nakia (Lupita Nyong’o), Okoye (Danai Gurira) and other leaders of the Kingdom of Wakanda as they fight to protect their nation from a threat from the undersea nation of Tlālōcān and their leader Namor (Tenoch Huerta) in the wake of the death of King T’Challa (Chadwick Boseman). The Midnight Angels play a huge part in the battle and their appearance may hint at more of their involvement in the Marvel Cinematic Universe.

Read below to see who are the Midnight Angels and CAUTION: Spoilers below.

Who are the Midnight Angels?

In the sequel film, Shuri is designing new suits for Okoye and the General of the Dora Milaje constantly complains about the suit’s design (she called it “ugly” and always rolled her eyes at it) and decides not to use it. When Okoye is stripped of her title of general from Queen Ramonda after failing to keep Shuri safe when rescuing RiRi Williams, she goes back to civilian life and Ayo (Florence Kasumba) is instated as General. However, when Shuri commands an assault on Namor’s forces, the former general and her teammate Aneka (Michaela Coel) decide to suit up as the Midnight Angels. The suit enhances their fighting skills, gives them superhuman strength as well as gives them the ability to fly. Okoye uses the suit much to her advantage and at the end of the film, we see her donning the suit while she saves Everett Ross from going to prison.

The new suit may hint that the new sub-sect of the Dora Milaje will be included in future MCU projects. According to Variety,  Black Panther director Ryan Coogler is developing a couple revolved around the fictional country. His production company Proximity Media is developing multiple series set within the African kingdom for Disney+, and it is producing “Ironheart,” the spinoff starring Dominique Thorne’s Riri Williams, who is introduced in Wakanda Forever.

Who are the Midnight Angels in the comics? 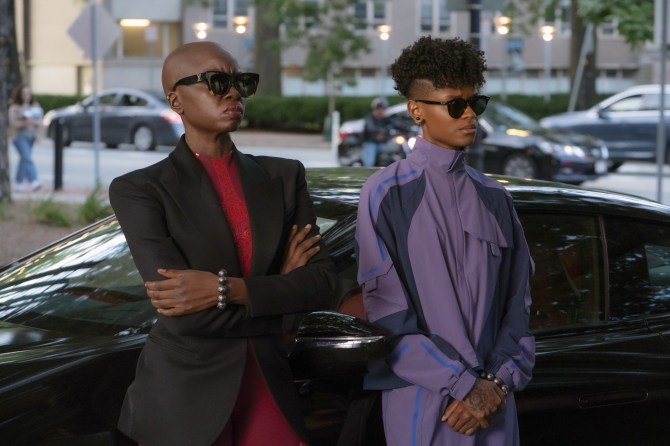 According to Marvel’s website, the Midnight Angels are the “best of the best of the Dora” and have sworn their allegiance towards King T’Challa and the royal family. Like the movie, the Midnight Angels use stealth suits that enhance their abilities and allow them to fly. They also use Kimoyo Beads for communication, various Vibranium weapons, and a stealth Quinjet, called the Dagger for their missions. The team mainly consists of Aneka, Ayo and Teela.

The Midnight Angels are heavily used in the Doctor Doom storyline in Doomwar where the supervillain steals Vibranium from Wakanda. King T’Challa gathers the elite group of warriors, along with the infamous anti-hero Deadpool, so that their foe doesn’t use the resource against them and stops him from taking over their home country.

The Midnight Angels slowly grow suspicious of the Royal family and decide to protect the country as a whole. They mainly targeted corrupt chieftains and bandits who enslave and defile women, risking their own lives in the process. Things started to escalate quickly when the Midnight Angels defied orders from King T’Challa. Aneka kills a chieftain who was known to defile woman villagers, and T’Challa immediately apprehends Aneka. Ayo then steals the Midnight Angel armor and breaks her lover Aneka out of confinement. The pair defected from the Dora Milaje and set out to liberate oppressed Wakandans that the crown neglected.

Black Panther: Wakanda Forever is in theaters now. The first Black Panther movie is available to stream on Disney Plus. Here’s how to watch it for free. 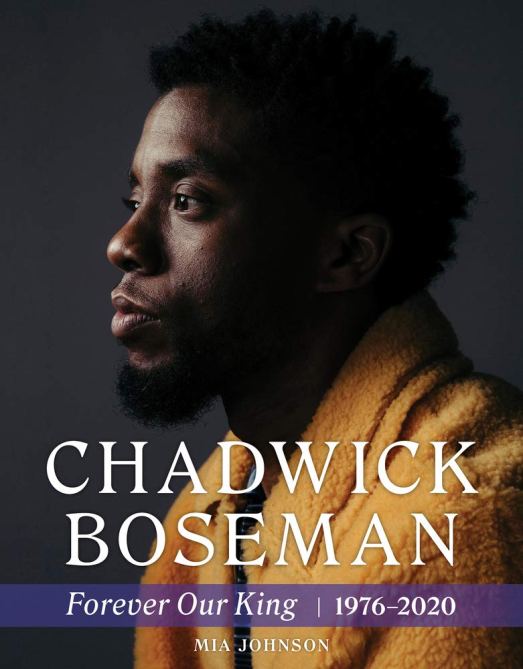 For more about Black Panther and Chadwick Boseman, read Mia Johnson’s 2020 biography, Chadwick Boseman: Forever Our King. The book, which was published four months after Boseman’s death from colon cancer on August 28, 2020 at the age of 43, takes Marvel fans through Boseman’s career and life from how he was cast as King T’Challa in the Marvel Cinematic Universe’s Black Panther franchise to his secret diagnosis with colon cancer in 2016, two years before the premiere of the first Black Panther movie. The biography—which donates a portion of its proceeds to Fight Colorectal Cancer, an organization dedicated to researching and raising awareness around rectal cancer—also includes dozens of full-color photographs and details about Boseman’s childhood in South Carolina and his final days before his death. “If you love Chadwick Boseman, and who doesn’t, you need this book,” one reviewer wrote.