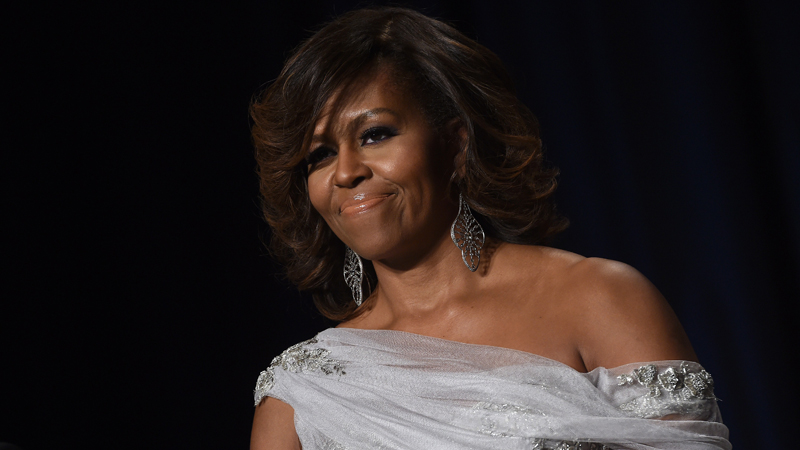 Given that she’s partial to top-tier designers like Jason Wu, Alexander McQueen, and Thakoon, it’s no secret that first lady Michelle Obama’s pricey designer wardrobe doesn’t come cheap. While it’s long been maintained that Obama picks up the tab for her pricey designer duds, it turns out, that isn’t the complete story.

According to the first lady’s Press Secretary Joanna Rosholm, who spoke with The AP: “Mrs. Obama pays for her clothing. For official events of public or historic significance, such as a state visit, the first lady’s clothes may be given as a gift by a designer and accepted on behalf of the U.S. government. They are then stored by the National Archives.”

Rosholm declined to elaborate on just how often Obama wears donated clothes, but did say that the first lady doesn’t borrow any clothing and, in most cases, really is buying her own clothes. Still, the reality is, she isn’t paying for everything.

One item that can be confirmed as one of these “gifts” was the white gown by Jason Wu that Obama wore to the first inauguration. It was presented to the Smithsonian in March 2010, and the first lady said in her remarks at that event: “The dress I donated today, made by Jason Wu, is a masterpiece.” Interestingly, The Smithsonian lists the gown as a “gift of Jason Wu in honor of first lady” Michelle Obama, making it all too clear that the gown was actually a gift made by Wu.

Other gowns that have been donated and archived include a blue Carolina Herrera gown that Obama wore to February ‘s state dinner for French President François Hollande and a gold beaded Naeem Khan gown that she wore to the 2012 governors ball.

It should be noted that this isn’t the way that all first ladies have handled their wardrobes. According to Anita McBride, who was chief of staff to Laura Bush during her time as first lady, Bush paid for all her clothes, including her two inaugural gowns.

What do you think of Obama accepting clothing as gifts from designers? Share your thoughts in the comments below!