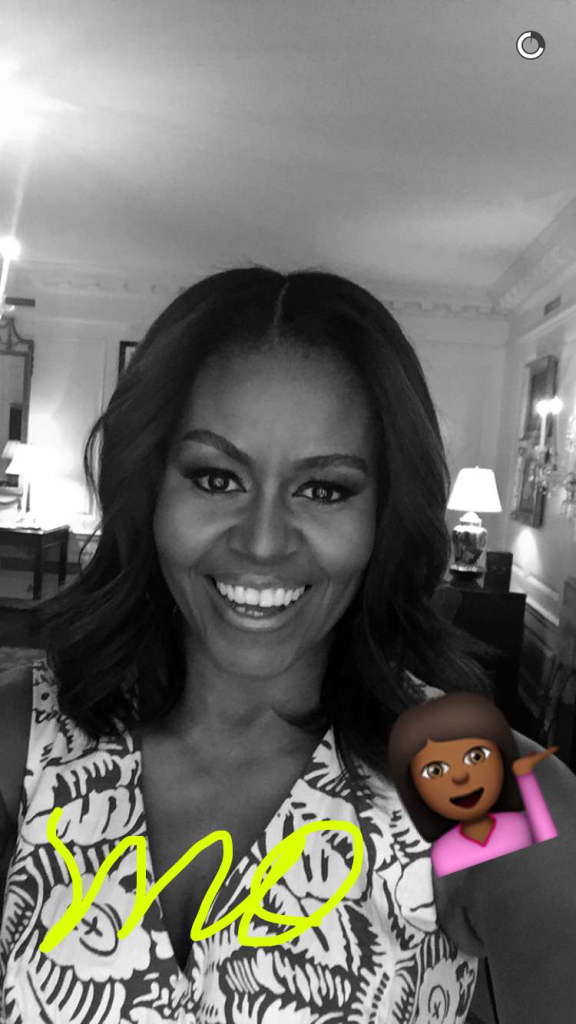 When most people first join Snapchat, they usually post something mundane, but not Michelle Obama. She roared into her debut today with a black-and-white selfie, followed by a bouncy video of herself in a summery dress with her own geofilter. Sup, world?

She also uploaded some behind-the-scenes videos from an upcoming appearance on “The Ellen DeGeneres Show,” and then—James Corden showed up, announcing that he and Obama were off to take a spin in his SUV to film “Carpool Karaoke.” NBD, just another day in the world of FLOTUS. 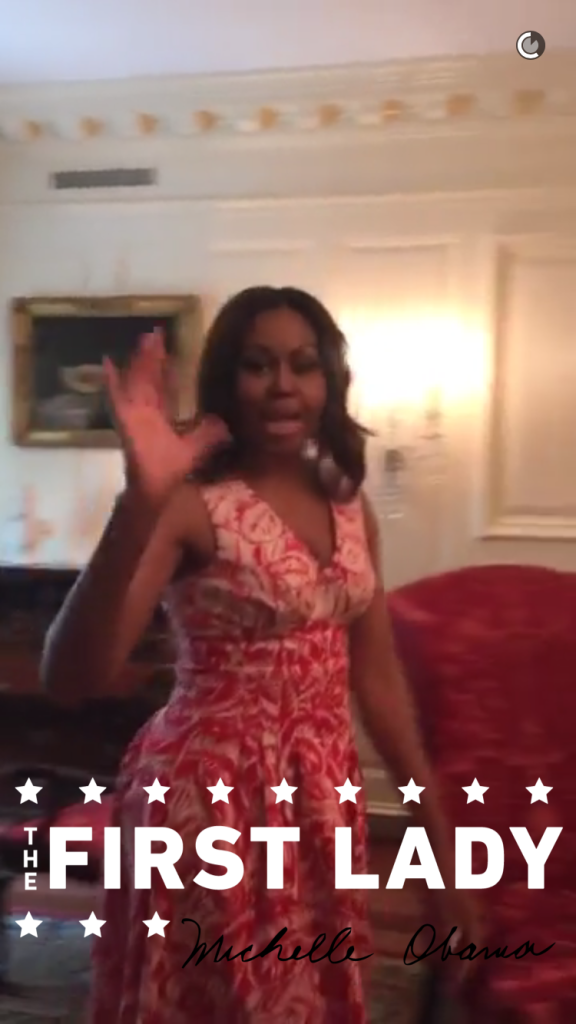 Obama is trying to reach a younger audience with Snapchat and won’t just use the platform for TV-show footage, though that’ll clearly be there too. Next week, she goes on a trip to Liberia, Morocco, and Spain as part of the Let Girls Learn initiative to pay a visit to young girls who are working against the odds to receive an education; snaps from that trip are promised, including appearances from fellow advocates Meryl Streep and Freida Pinto. 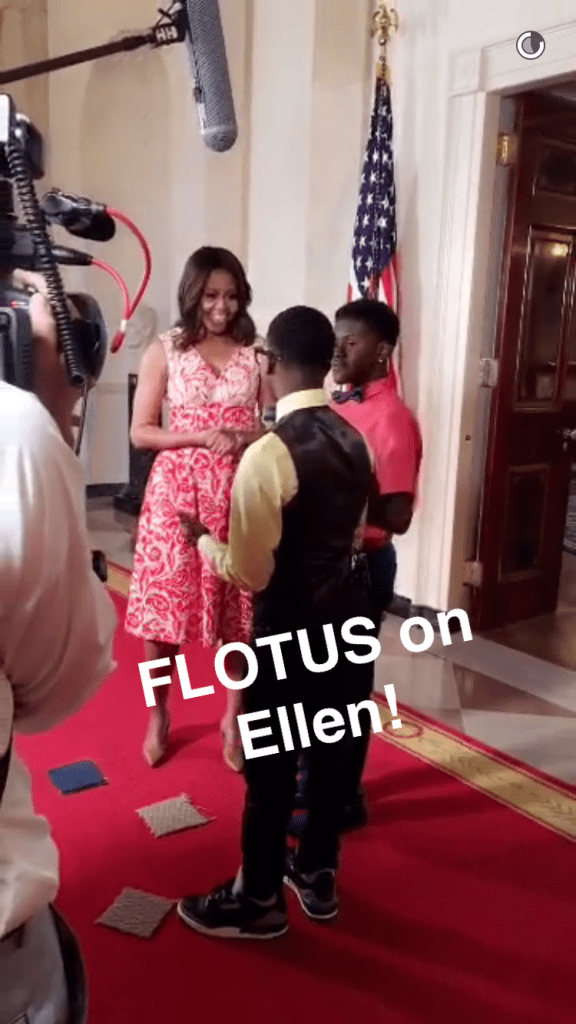 According to a statement released by Obama’s communications office, she plans to use Snapchat to showcase stories of the “62 million girls around the world who aren’t in school,” and highlight ways in which followers can take action. She’ll post tips on staying active and healthy, because she is Michelle Obama, and plans to Snap her way through the White House kitchen garden, “from planting to harvest.”

Cameos from Bo and Sunny, the family dogs, are also on the way, so, basically, her Snapchat is going to be amazing, and we can’t wait to see what she posts next. 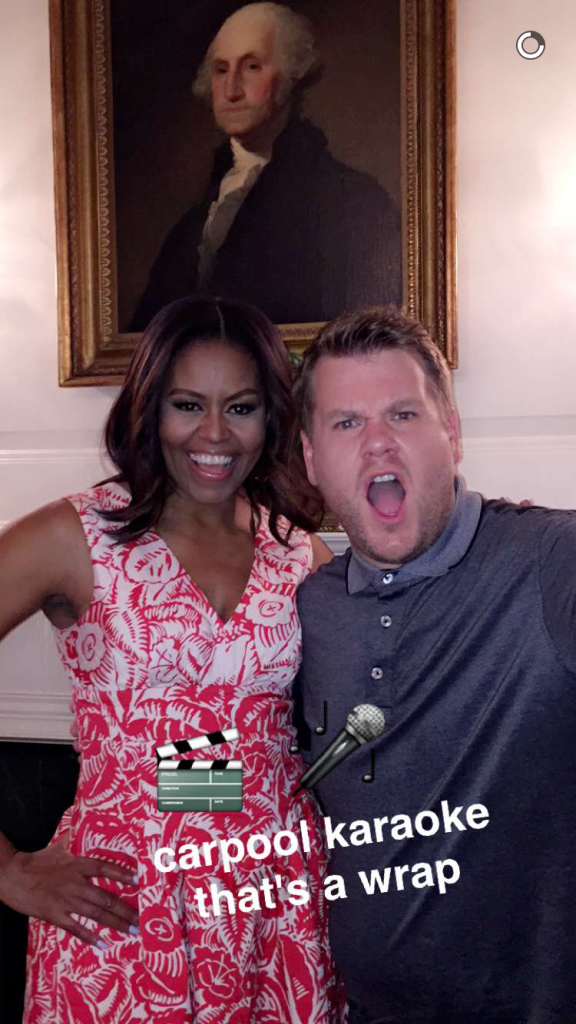