One of the things we love most about First Lady Michelle Obama is her total pragmatism. She’s all about whatever it takes to get the job done, and that apparently also extends to her anti-aging regimen. In an interview with People magazine, the FLOTUS (who turns 50 tomorrow!) admitted that she hasn’t ruled out the idea of plastic surgery. 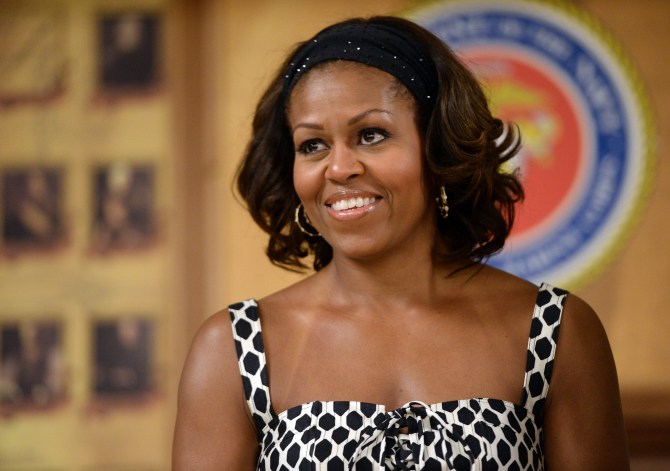 “Women should have the freedom to do whatever they need to do to feel good about themselves,” the FLOTUS said. “Right now, I don’t imagine that I would go that route, but I’ve also learned to never say never.”

MORE: 11 Drastic Celebrity Transformations Before and After Their Hit TV Shows

Could you imagine Michelle Obama with a facelift? Us either.

Obama is known for her crusade to get kids in shape. Her Let’s Move campaign has been one of the key platforms during her two terms as first lady. “I don’t obsess about what I eat, but I do make sure that I’m eating vegetables and fruit. And as everyone knows, I do exercise,” she said.

MORE: How To Buy Workout Clothes for 4 Types of Exercise

Which is why the first lady is hoping for a high-action 50th birthday party. The president (or his team, anyway) has reportedly planned a fun dance party for his wife, that might include a surprise performance from Beyoncé.