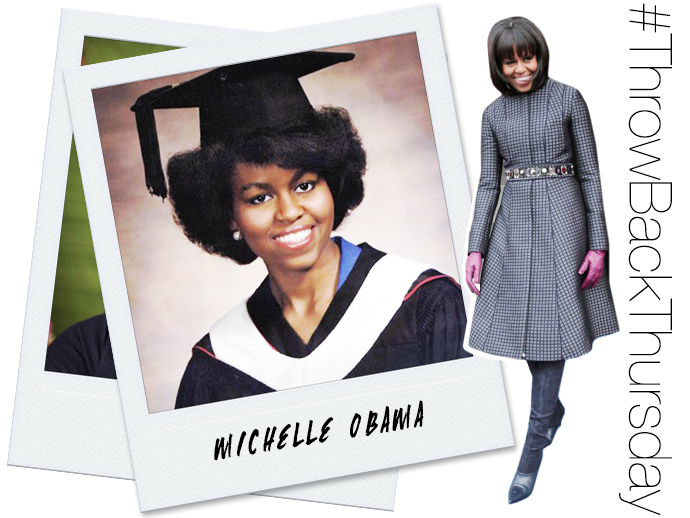 Obviously, you know who Michelle Obama is. The always graceful FLOTUS is married to President Barack Obama, and has done a remarkable job advancing her favorite causes like obesity prevention and LGBT rights since she stepped into the public eye. She’s also become a bona fide fashion icon, and we wait to see what designers she’s going to show up in with the same (if not more) excitement than the Oscars red carpet. Also, she’s landed an impressive two Vogue covers—both of which were sensational.

But before she was wearing Reed Krakoff on the cover of the world’s most famous fashion glossy, the 49-year-old Chicago native was decamping to New Jersey to attend the prestigious Princeton University, where her older brother Craig Robinson was a student. Obama quickly made her mark on the institution, famously challenging the teaching structure of the French program, and writing a powerful thesis called “Princeton-Educated Blacks and the Black Community.” Following her time at Princeton, she was off to Harvard Law, and then to a prestigious law firm where she met her future hubby.

Above is her 1985 Princeton graduation photo, and although she’s not in designer threads, she looks as gorgeous as ever—proving that she doesn’t need Annie Leibovitz‘s famed lens to look fabulous.

What do you think of this week’s #ThrowbackThursday? Let us know you would like to see!