Largely unknown to the mainstream or the thousands upon thousands of “fuccbois” that worship at the altar of her husband, sartorial dark horse Rick Owens, Michèle Lamy plays many roles — muse, artist, entrepreneur. Her gold-plated teeth, henna-stained fingernails, and conceptual dressing easily sets her apart from the conventional fashion flock — as does the fact that she’s well into her late sixties.

Lamy’s age, however, hasn’t stopped this creative force from doing exactly what she wants — how many sixty-somethings do you know that party all night during Paris Fashion Week and count A$AP Rocky as a good friend? Here, we’ve rounded up five reasons why Michèle Lamy is the coolest sexagenerian ever — she might be a senior citizen, but she’s still cooler than most of us.

She’s had a diverse and varied career: She abandoned law school to become a stripper, later became a criminal attorney, has worked in a cabaret, designed her own line of clothing (where she apprenticed her future husband, Owens), opened the cult favorite Les Deux Cafés in L.A., made films, and now is both muse and creative consultant to Rick Owens’ eponymous label. 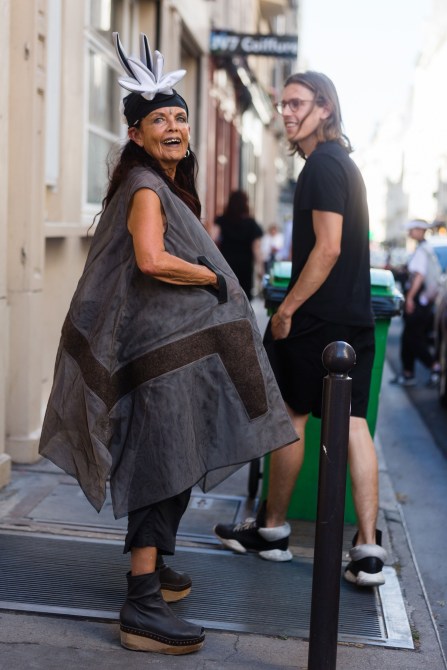 Her beauty standards refuse to conform to convention: She dips her fingers in an inky Japanese vegetable dye, similar to henna to keep her fingernails matte black. She also has gold-plated teeth, tattoos her fingers, and always keeps a vertically drawn line of eyeliner on her forehead. And even though she refrains from giving her age in interviews, she’s not afraid of the natural aging process or wrinkles, lest her famous cigarette habit be damned.

She parties with the best of them: She counts Courtney Love, Carine Roitfeld, and A$AP Rocky among her good friends; she’s also a much-heralded fixture at both art and fashion parties, where she’s known to stay out all night, as opposed to Rick, who tends to retire early. 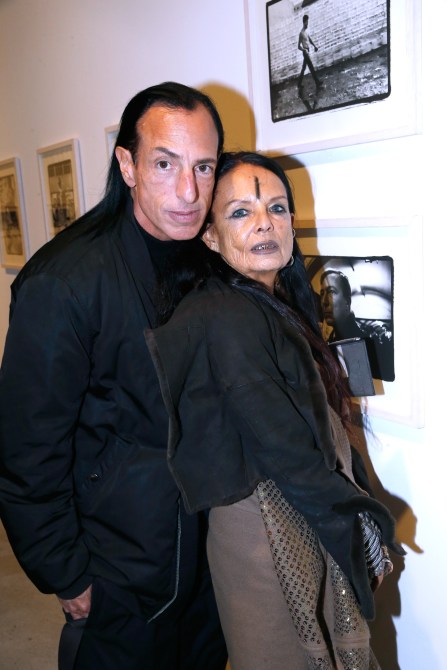 When it comes to love, she has no hang ups: Rick is nearly 20 years her junior and when Lamy met him, he had a boyfriend who was one of her good friends. After three years of apprenticing at Lamy’s fashion label, however, Owens and Lamy pursued a relationship and eventually got married in 2006 — they’ve now been together for almost 20 years. They affectionately refer to each other as “the Huns” and Owens has even taken to hashtagging his Instagram post of Lamy with #RickOwensHun. 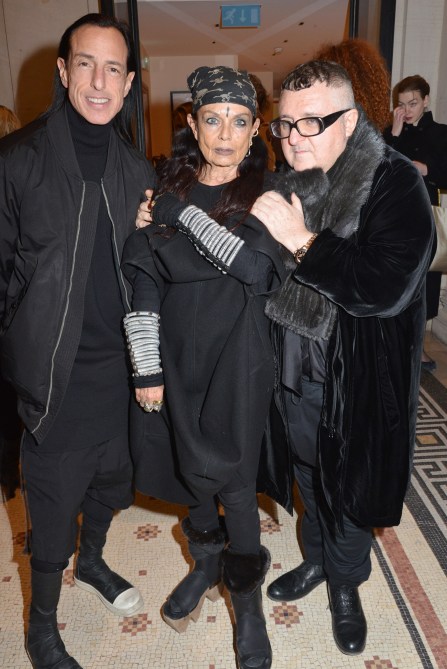 She has a daughter who’s also an artist: Lamy’s daughter Scarlett Rouge with artist Richard Newton is also an artist; in an interview with StyleLikeU; Lamy notes that they didn’t fight, but there was “friction”— it’s reassuring to hear that even artists and muses have mother-daughter relationships that aren’t always perfect like the rest of us. Lamy has been influential in encouraging and collaborating with Scarlett as an artist.