Viewers may be surprised to learn that the Bachelorette 2021 spoilers about Michael Allio reveal a massive twist ahead for him and Katie.

Michael is one of 30-plus contestants on season 17 of The Bachelorette with Katie Thurston. Katie a 30-year-old bank marketing manager from Renton, Washington, was announced as the season 17 Bachelorette at the “After the Final Rose” special for season 25 of The Bachelor with Matt James in March. Katie was a contestant on Matt’s season and was eliminated in 10th place, which makes her one of the earliest Bachelor or Bachelorette eliminees to become the lead of her own season. (Michelle Young, a 27-year-old teacher from Edina, Minnesota, was also announced as the season 18 Bachelorette. Her season will premiere later this year.)

There’s no doubt that Michael A. has made an impression on Katie’s season. But how far does he make it and does he win? Ahead are the Bachelorette 2021 spoilers about Michael we know so far. Expect a massive twist for him and Katie. 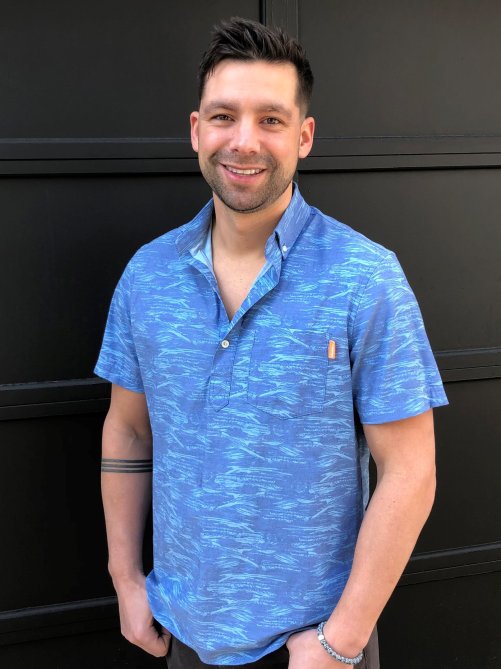 Who is Michael from The Bachelorette?

Michael is a 36-year-old from Akron, Ohio. As he explained to Katie in the Bachelorette season 17 premiere, Michael is a single dad to a 4-year-old son named James. His wife and the mother of his child, Laura, died in 2019. In his Bachelorette bio, Michael took pride in being a father. “Michael is a single dad whose world revolves around his amazing four-year-old son, James. When it comes to dating, the two of them are a packaged deal, and Michael wouldn’t have it any other way,” his bio reads. “Michael lives a life that is incredibly fulfilling and says he is more than ready to find someone to share it with. His dream woman is compassionate, empathetic, resilient and not easily offended.”

His bio continues, “A witty woman with a funny bone and a self-deprecating sense of humor is a huge turn-on for Michael, and he loves when a woman has strong convictions and stands up against ignorance. Michael says that life is short and that he’s ready to find a woman who makes him a better person every day that they are together. He is serious about finding love on this journey, so, Michael, let the journey begin!”

For his fun facts, Michael listed the following:

– Michael prefers the mountains over the beach any day of the week.

What is Michael’s job?

After Laura’s death, Michael started an organization named The L4 Project – Live Life Like Laura in her honor. The organization sells water bottles and apparel for men, women and children with 100 percent of its proceeds going toward nonprofits that “enrich the lives of individuals and fighting cancer.” The website reads, “No one should have to battle cancer alone. We’re here to ensure that they never have too.”

On its website, The L4 Project also states that it “provides financial assistance to organizations determined on improving patient outcomes and easing the emotional and physical hardships throughout an individuals cancer journey.”

In his Instagram bio, Michael describes himself as an entrepreneur, dad, friend and “aspiring do-gooder.” His bio also included the quote: “Pick apart the day and put the pieces back together your way.”

On his Linkedin, Michael also describes himself as an “experienced entrepreneur.” His Linkedin bio reads, “Experienced entrepreneur with a passion for start-up businesses, developing novel products and services, making lasting connections and serving the greater good. Our time is short. Let’s make our mark today.” According to his Linkedin, Michael is the founder and managing partner of Allstera a company that delivers “quality and affordable sanitation consumer products and personal protectiveequipment to individuals, companies and organizations of all size.”

Prior to his current job, Michael worked at companies like MASCOT Workwear USA and Novartis. He graduated from Loyola University Chicago in 2006 with a bachelor’s of business administration in communication and media studies.

Does Michael win The Bachelorette?

So…does Michael win The Bachelorette? No, he doesn’t. The winner is Blake Moynes, a 30-year-old wildlife manager from Ontario, Canada, who became a surprise contestant on Katie’s season in episode 4. As Bachelor Nation members know, Blake was also a contestant on season 16 of The Bachelorette with Clare Crawley and Tayshia Adams, where he was eliminated in ninth place. According to Reality Steve, Blake proposed to Katie at the Final Rose Ceremony, and they’re engaged and still together.

While Michael doesn’t win Katie’s Bachelorette season, but he does make it far. According to Reality Steve, Michael makes it to Katie’s final four with Justin Glaze, a 26-year-old investment sales consultant from Baltimore, Maryland; Greg Grippo, a 27-year-old marketing sales representative from Edison, New Jersey; and Blake. However, he doesn’t have his Hometown Date with Katie. According to Reality Steve, Michael eliminates himself before Hometown Dates to be with his son after coming to the conclusion that he isn’t The One for Katie. Katie supports his decision and allows him to go home, though it sounds like an emotional moment for both of them. For more spoilers about The Bachelorette 2021, click here.