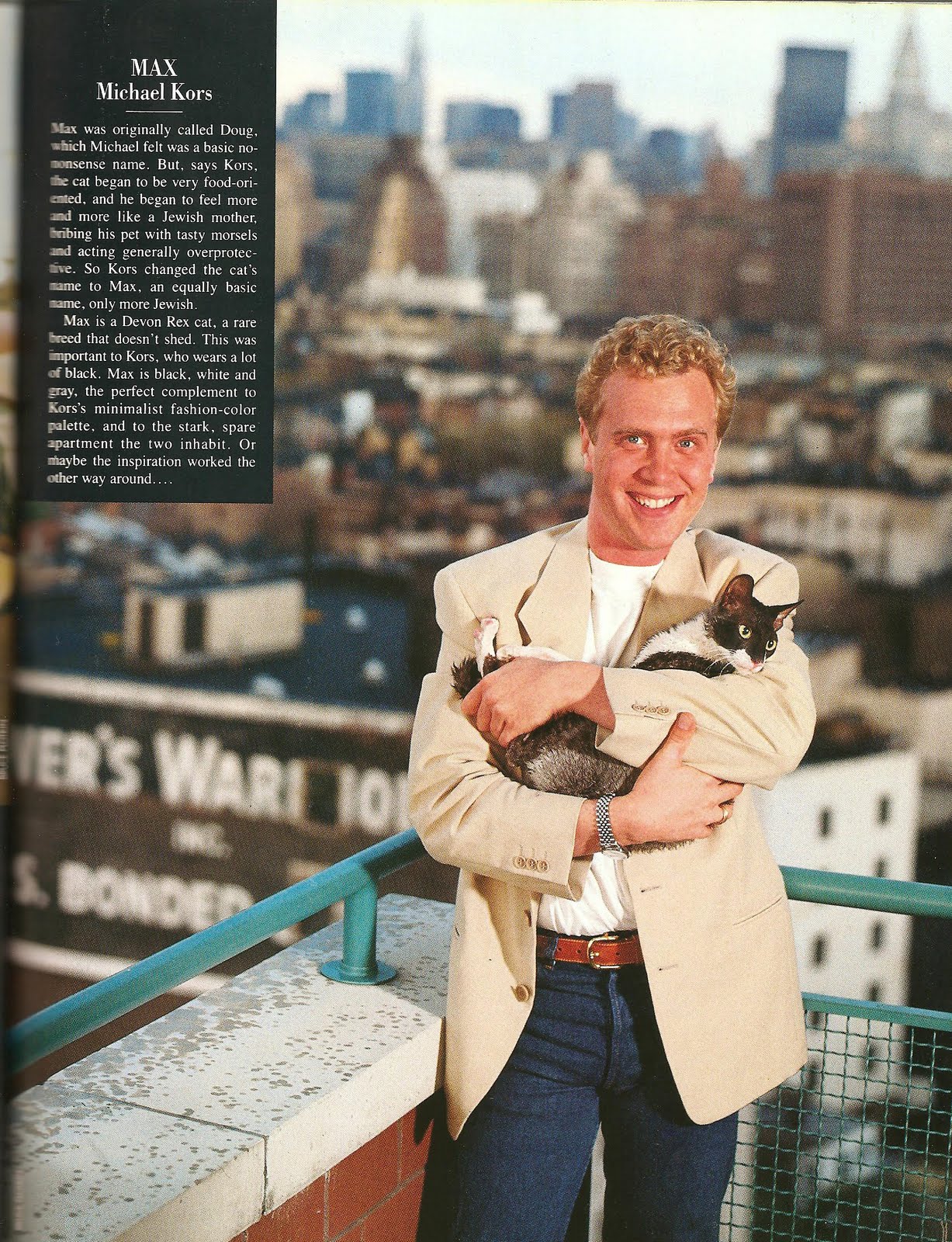 These days, 53-year-old Michael Kors is the toast of the fashion design world. As an established sportswear designer, his collections are celebrated by consumers and celebrities alike who regularly wear his creations on the red carpet. He’s also made a strong crossover into the mid-level accessories market, where his watches and handbags are constant hits and mall staples.

Back in 1988, Kors—whose was born Karl Anderson, Jr. before adopting the last name of his stepfather and changing his first name—had already launched his eponymous label thanks to Dawn Mello, the former fashion director at Bergdorf Goodman who took a liking to his sleek designs—but he certainly didn’t have the notoriety he did today. That may be why the above photo, from a book by Ilene Hochberg that’s called Vanity Fur (an obvious parody of Vanity Fair with pets—think of how well that would do on Pinterest today!), seems to be relatively unknown (and unshared!).

Check out Kors posing with his cat Max above—and note how his blonde curly hair resembles Justin Timberlake during the ‘N Sync days. A far cry from the more, um, simple hairstyle Kors is rocking these days.