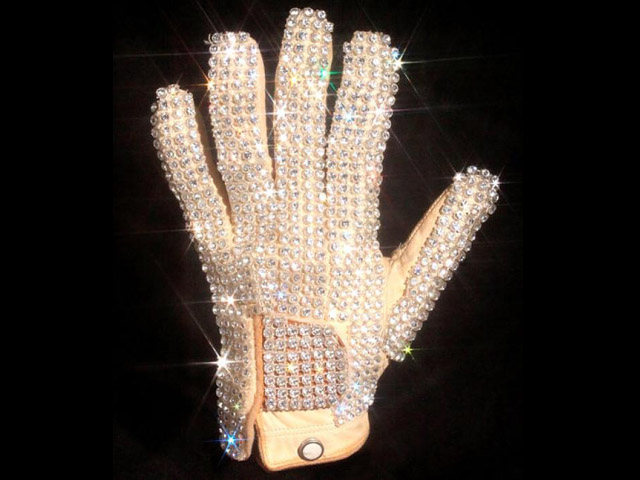 Michael Jackson’s white glove that he wore when he premiered his trademark moonwalk dance in 1983, was undoubtedly his signature. And Jackson fans were apparently rabid to get a hold of it. The glove was auctioned off for $350,000, and the winning bidder Hoffman Ma of Hong Kong, will pay $420,000, including taxes and fees, for the rhinestone-studded, modified golf glove the performer wore on his left hand for his moonwalk on Motown’s 25th anniversary TV special.
The glove was among several items of Jackson memorabilia sold at auction by the Hard Rock Cafe in Times Square. It had a pre-auction estimate of $40,000 to $60,000. Other items that went up for sale included a jacket that Jackson wore on his 1989 “Bad” tour that fetched $225,000 — 20 times its low estimate of $8,000, and a fedora Jackson wore for to do the moonwalk. It sold for $22,000, against a $2,000 high estimate.
Share your thoughts in the comments below! How much would you spend to get a piece of your favorite performer?
MORE:
Ferris Bueller’s Ferrari Sells For $235,000
Versace Mansion In South Beach Heading to the Auction Block