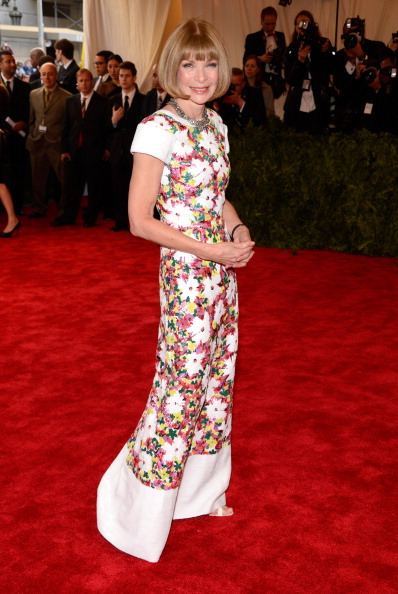 As if the annual Met Gala—or the Oscars of Fashion as it’s known—isn’t exclusive enough, tickets to the fete will rise to $25,000 each next year after organizers, including Anna Wintour, decided the guess list needs to be even more restrictive.

Who knows, maybe Wintour wants to bump up prices so not every reality star thinks they have a shot at entrance after last year, when Kim Kardashian finally got her invite, after reportedly being snubbed for years. Granted, her boyfriend Kanye West was performing and obviously got her in, but still.

MORE: The Glamorous Theme For Next Year’s Met Gala Is a Far Cry From Punk

Or, as Page Six pointed out, the ticket-price hike it also comes after Gwyneth Paltrow bashed last May’s punk-themed gala.

The actress caused a pretty big stir when, following the event, she told an Australian radio show, “Do you want me to be honest? It sucked. It seems like the best thing in the world. You think, ‘Oh my God, it’s going to be so glamorous and amazing, and you’re going to see all these famous people.’ And then you get there, and it’s so hot, and so crowded, and everyone’s pushing you. This year it was really intense. It wasn’t fun! Kanye West was playing, and he was furious, and he threw his microphone down. . . . And . . . I feel that we’re all a bit old to be dressed punk.”

“Increasing the ticket price will make the Met Gala even more high-fashion, even more exclusive and even more aspirational,” another source told Page Six.

Maybe to folks like us, but we don’t think an extra $10,000 would make an A-lister like Paltrow think twice if she wanted to go again. Of course, Wintour has to personally approve every guest, so we probably won’t be seeing Gwynnie at the Met this year.

The Gala will be held at the Metropolitan Museum of Art on May 5 and will be chaired by Wintour, Aerin Lauder, Oscar de la Renta, Sarah Jessica Parker, Lizzie and Jonathan Tisch and, somewhat randomly, Bradley Cooper.

What to you think of the $25,000 price tag? Astronomical or more than fair? Let us know!