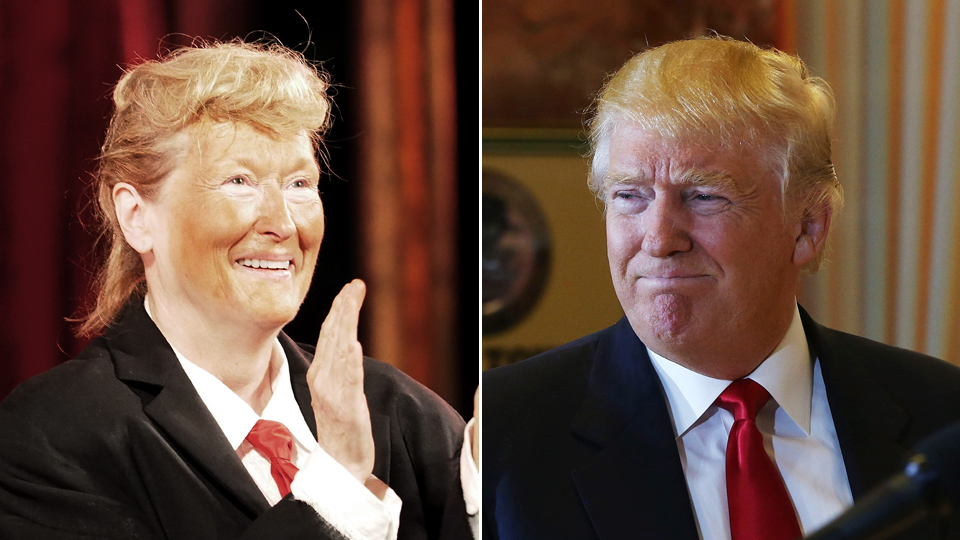 Will the real Donald Trump please stand up? (Getty Images)

Meryl Streep, is that you? The Oscar-winning actress tackled (and clearly aced) a new role last night at at the annual Shakespeare in the Park Public Theater Gala event in New York, channeling Donald Trump in a fat suit, messy hair, and red tie. She had a dodgy fake tan job too, naturally.

Streep, who is a firm Clinton supporter herself, parodied the Republican nominee opposite her “Mamma Mia!” costar Christine Baranski, who was dressed as presumed Democratic nominee Hillary Clinton. 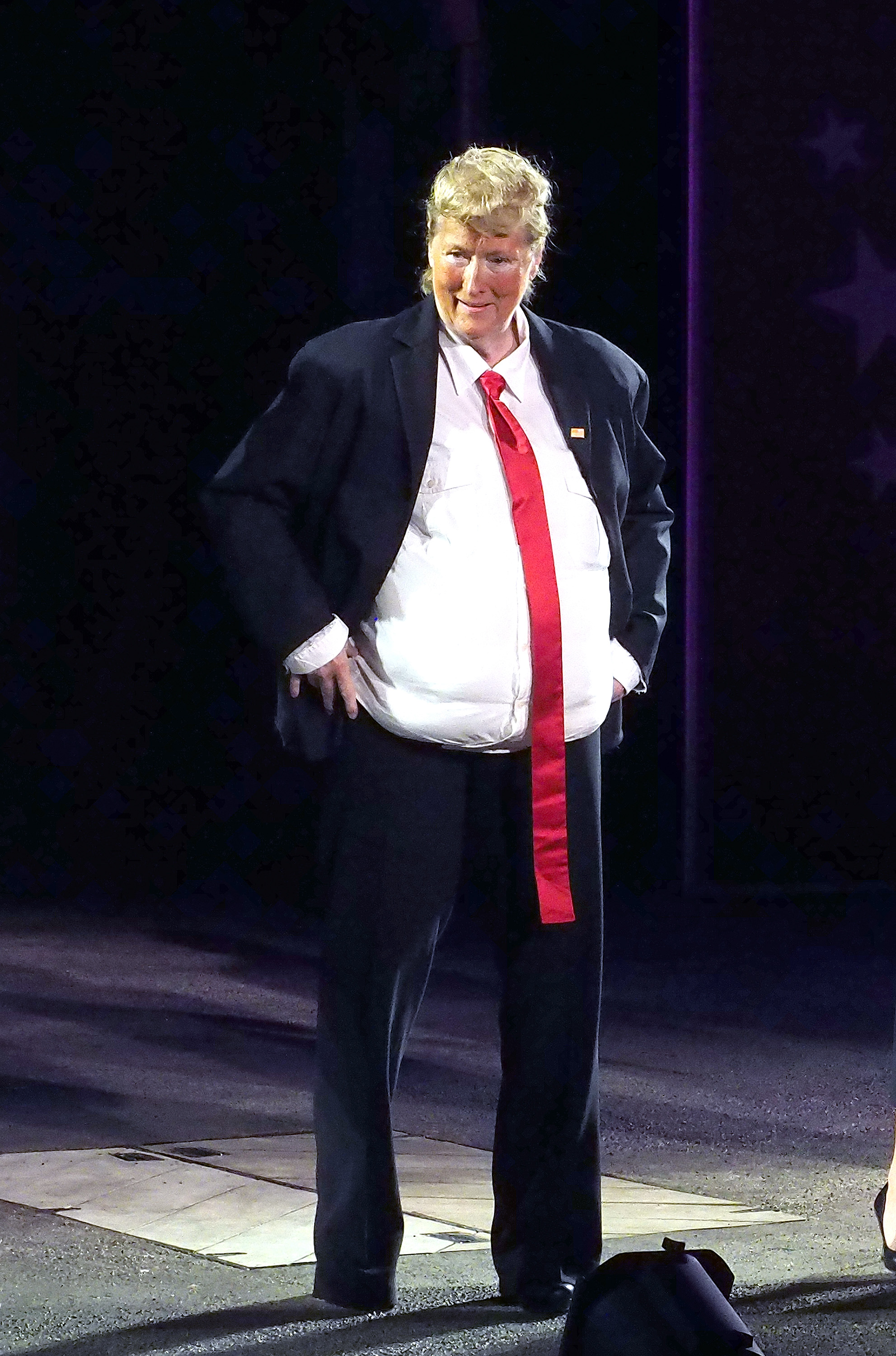 “You’ll let me know why it is all the women say no,” Streep recited during the adaptation of  “Brush Up Your Shakespeare” from Cole Porter’s Broadway show “Kiss Me, Kate.” Is there any role that Streep can’t take on? We think not.