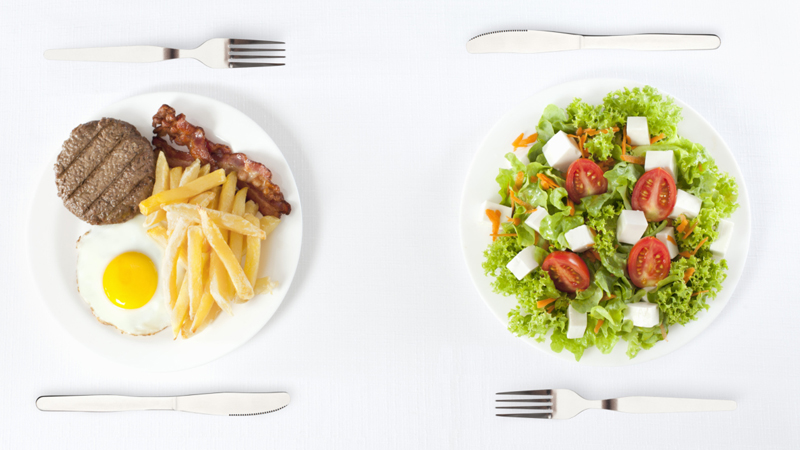 You know that age-old stereotype that men order meat at restaurants and women order salad? Well, according to The Wall Street Journal, it still holds true.

Elizabeth Capaldi Phillips, a psychology professor at Arizona State University told WSJ that women restaurant patrons have a tendency to order healthy entrees that center heavily on vegetables, and then splurge on a dessert, while men tend to order entrees that include both starch and meat.

That pattern of men eating heartier meals and women choosing healthier options only intensifies on a first date, at work dinners, or when dining with friends, according to Dr. Capaldi Phillips.

“The word ‘hearty’ is not a good thing for a woman, but it’s a great thing for a man,” she said. On the other side of the spectrum, food that is described as “delicate” is a turnoff to men, while menu items that specify specific animal body parts are unappetizing to women, according to Dr. Capaldi Phillips.

Most interesting, the differences in the way men and women eat and order food at restaurants starts early. “Even little girls eat more vegetables than little boys,” she said.

And yes, while it seems hard to argue with this stereotype, we’d be remiss in not reminding all you restaurant owners out there that plenty of women like a good steak or a burger now and then.

Weigh in below in the comments below! Do you agree that people order food at restaurants down gender lines?