Miss Nevada Nia Sanchez may have been crowned Miss USA 2014 at last night’s competition, but it was Miss Indiana Mekayla Diehl that really got people talking. During the swimwear portion, Twitter exploded with digital applause for the gorgeous 25-year-old and her curvier-than-most bikini body. Diehl was applauded for not being “a bag of bones,” and people praised her for looking like a “real girl” and “an average woman.” 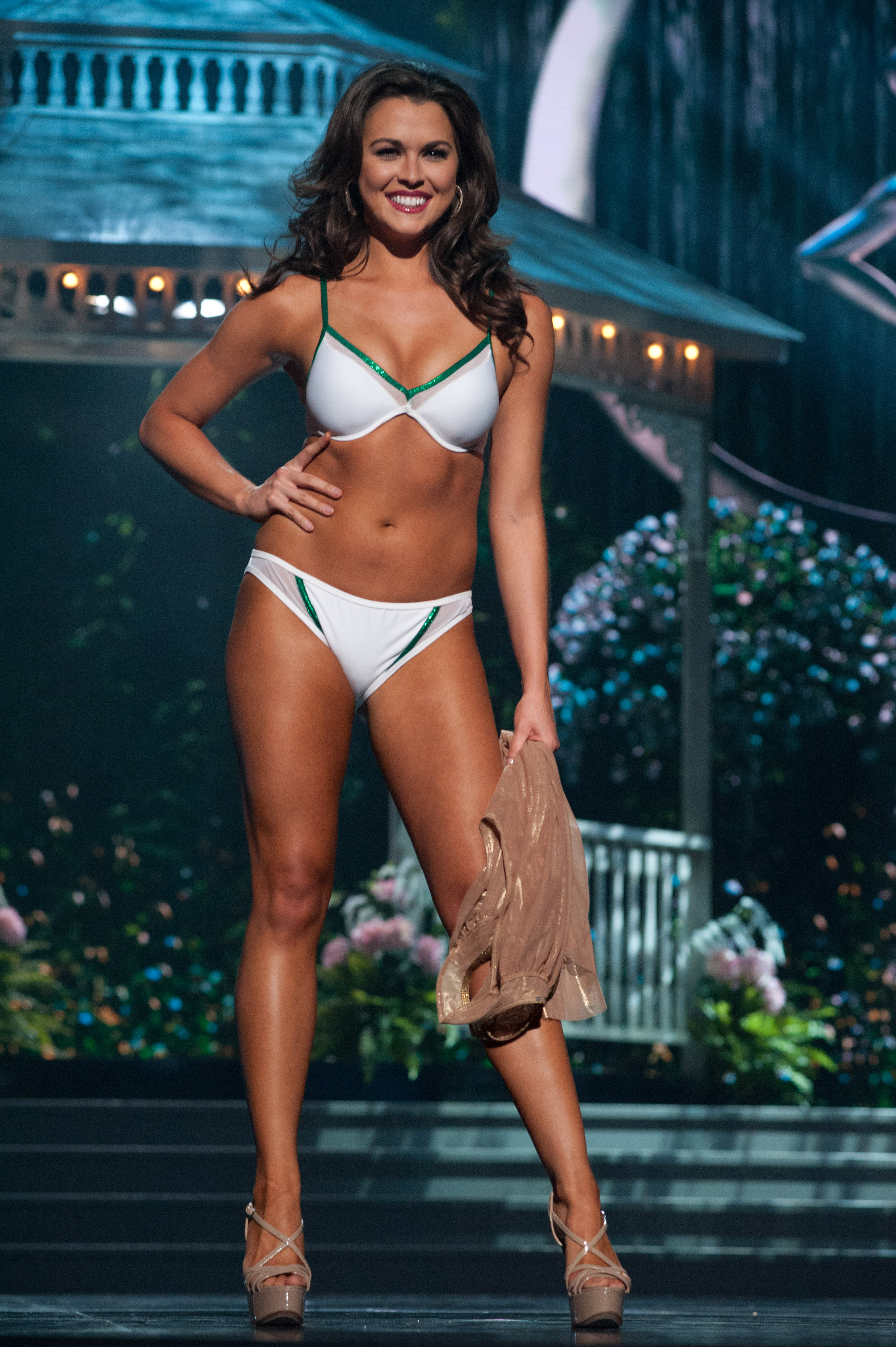 Sure, Diehl—who didn’t make it past the semi finals—wasn’t rail-thin like most of the other contestants, but considering how fit her body is, “normal” doesn’t sound entirely accurate either. According to the CDC, the average size of the American woman over 20 years old is 5’3″ and weighs 166.2 pounds with a 37.5 inch waist.  That would put the average woman in a dress size of 12 to 14—a far cry from the svelte size 4 that Miss Indiana wears (not to mention that she also stands at 5’8″, a whole five inches taller than the American average).

Compared to the other contestants, yes, Diehl probably was the most relatable “real girl,” but we think it’s still unhealthy for  the average young woman feel inadequate if she starts comparing herself to Miss Indiana because people on Twitter are calling her body “normal.”

For her part, Diehl tweeted about how she had worked hard to get her body in shape for the competition, and that she was proud about how her commitment to health and fitness paid off in the end. 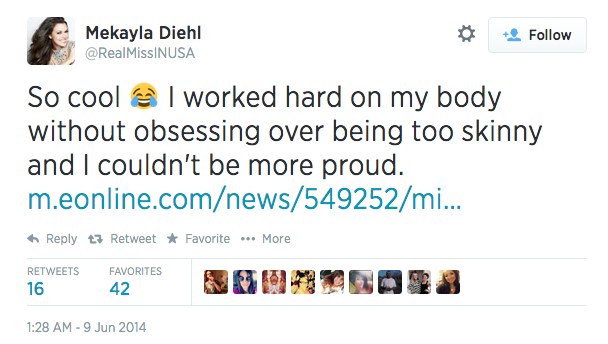 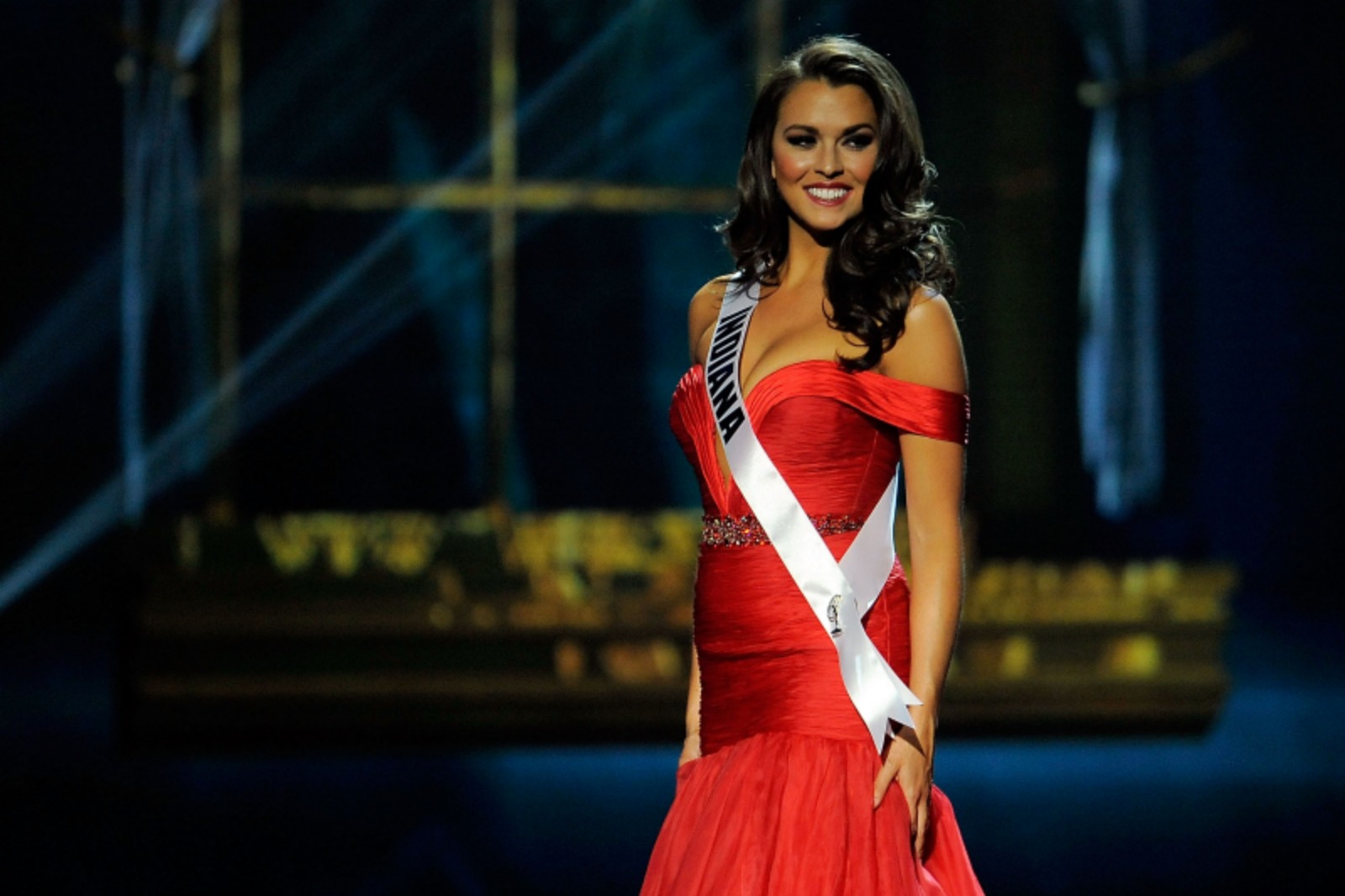 What do you think about Diehl’s body being considered “average”?