It seems like just yesterday that the former Duke and Duchess of Sussex blessed us with their newborn son, Archie Harrison Mountbatten-Windsor. Now, almost a year later, Meghan Markle and Prince Harry will celebrate Archie’s first birthday, but it’s probs not in the circumstances that they pictured.

Archie was born on May 6, 2019, which means that we’re less than a month away from his first birthday bash. Though his parents aren’t “senior members” of the British royal family anymore, Archie is still a big deal. As the most recent royal baby, fans expect a blowout celebration for the soon-to-be 1-year-old. However, his parents have different plans.

According to a source for Us Weekly, Meghan and Harry plan to celebrate Archie’s milestone with a small party at their Los Angeles home. (The couple relocated to L.A. in March after two months in Canada. They moved from the United Kingdom to North America to raise their son in January.) “It will be just the three of them, the insider said. 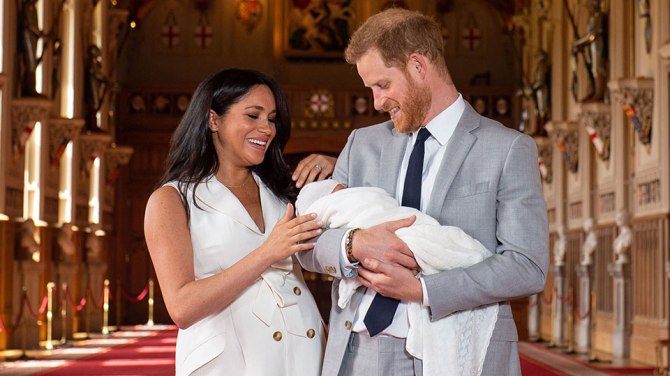 The source also noted that the former Duchess of Sussex’s best friend, stylist Jessica Mulroney, was supposed to attend the bash, but Meghan changed her mind after the coronavirus pandemic ramped up. The insider said that Meghan “refuses to take any risks” with her guests or travel.

Though Meghan and Harry live in L.A. now, the insider claims that the couple originally planned to hold their son’s first birthday at Queen Elizabeth II’s Balmoral Estate in Scotland with other royal family members. Those plans, of course, were cancelled due to the COVID-19 crisis. The insider does note, though, that Meghan and Harry plan to visit his grandmother in the U.K. at a later date.

As for what Meghan and Harry have in store for their little one, the source told Us Weekly that the couple plans to surprise their son with animal-themed cupcakes. “Archie’s such an animal lover,” the insider said. “He has tons of animal books and fluffy toys.”