Meghan Markle is no stranger to causing controversy with her outfits. She did it in January with her messy bun. She did it again in June with her off-the-shoulder dress. Now, she’s facing backlash for baring her thighs in a high-slit dress. Our response? A perpetual eye roll.

The Duchess of Sussex and her husband, Prince Harry, visited Fraser Island on Monday as the final visit on their royal tour of Australia. For the event, which consisted of the couple meeting fans at the Kingfisher Bay Resort Jetty, Markle wore a striped gray-and-white dress from Reformation ($218). The dress featured a tie at the waist, thin straps and—what has proven to be controversial—a thigh-high slit. 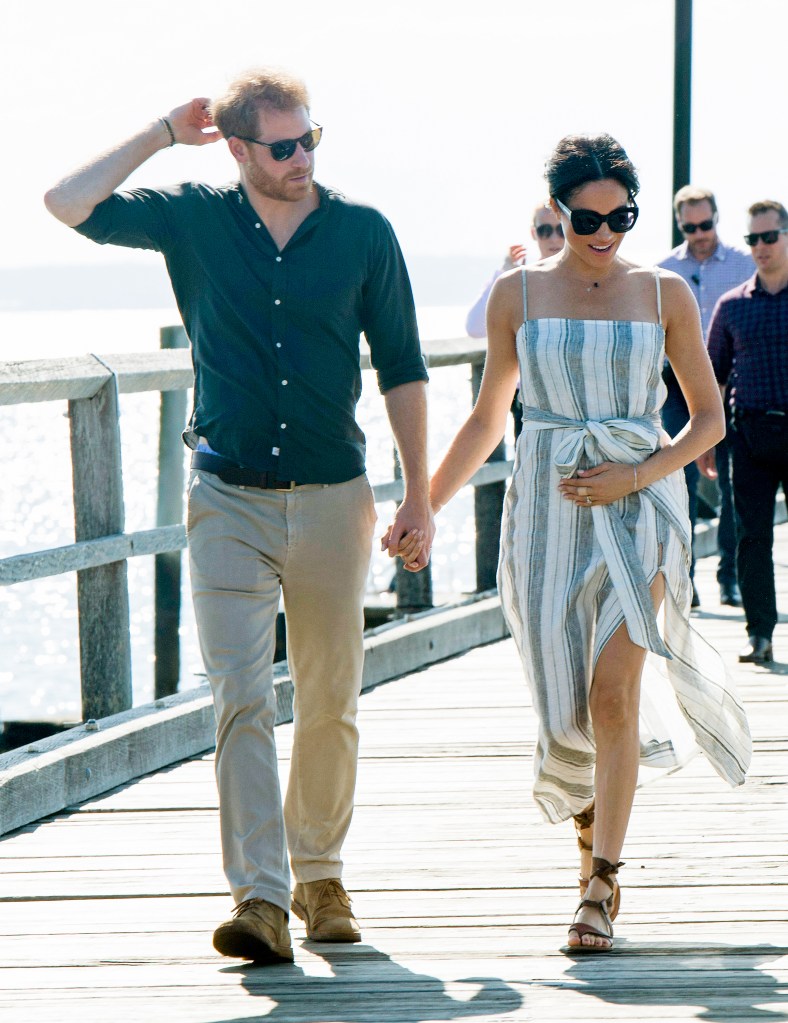 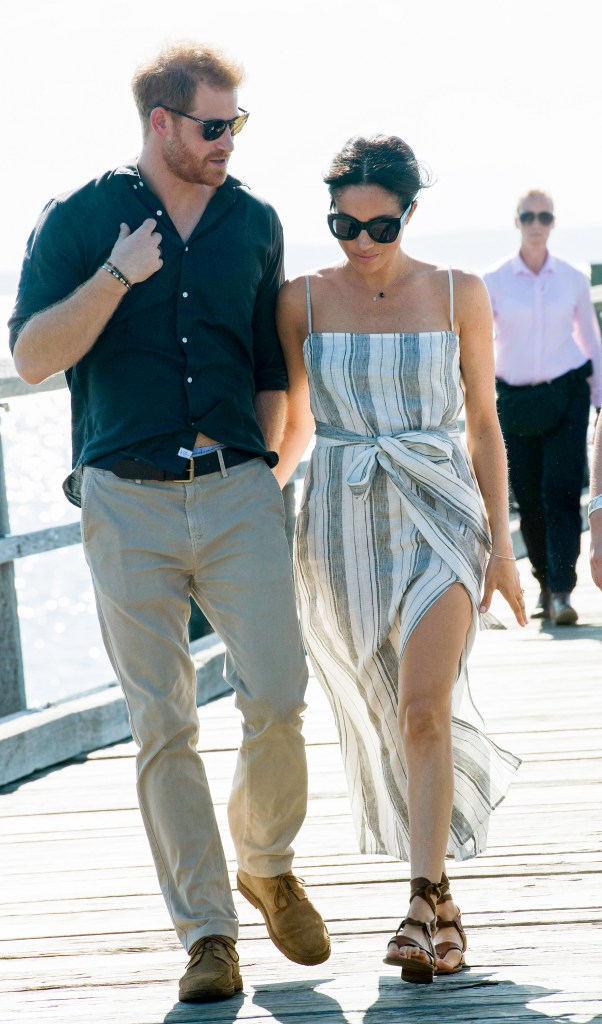 Soon after the couple’s visit, Kensington Palace took to its Instagram to share a picture of Markle meeting a fan. The picture featured the duchess squatting on the ground, as she smiles and holds the fan’s hand. As cute as the moment was, it didn’t take long for the comments to turn negative, with many users shaming Markle for what she was wearing.

The Instagram has collected more than 400 comments, with many criticizing Markle for showing her thigh. The comments ranged from those who called her “inappropriate” and “disrespectful” to those who questioned her royalty because of her attire. Several comments included:

“the wife of the future King needs to stop exposing her thighs and butt, because it’s very inappropriate!!!”

“it is not nice to wear high cut dress where thighs are exposed.”

“Omg ! Why would Meghan show her thigh? This is NOT the dress for a duchess.”

“duchess catherin never using bikini at royal tour events.. and she is never shiwwing her legs and wearing a sexy dress for royal tour..”

“The dress is translucent and the slit is too high for royalty on business. She’s calling too much attentive to herself with it.”

As Teen Vogue writes, the shaming over Markle’s dress is another form of policing a woman’s body. Her royal-ness isn’t defined by what she wears or how high her slit is—nor was she “calling attention” to herself by wearing a dress that shows her legs. Let’s stop the shaming, and let the Duchess of Sussex get back to business.