If we’re being honest, Meghan Markle doesn’t have the best track record when it comes to royal rules. She’s signed an autograph, wore her hair in a messy bun, and—dare we say it—stepped out without pantyhose. (The horror!) However, she’s slowly but surely learning, as evidenced by her latest appearance when she copied a subtle, yet crucial, royal habit from her soon-to-be sister-in-law, Kate Middleton.

On Monday, Markle, Middleton, and their respective beaus, Princes Harry and William, attended an event highlighting the family’s charity, The Royal Foundation. And though the event—which marked the foursome’s first-ever public appearance together—saw huge headlines due to Markle’s astute and timely comments on the #MeToo and Time’s Up movements, royal historians also paid close attention to the way she was sitting.

For one of her first major public appearances since November, when she announced her engagement, Markle followed tradition by angling her legs in what royal fanatics call the “duchess slant.” The pose—which has been adopted by Middleton, Princess Diana, Queen Elizabeth, and many royal women before Markle—consists of women keeping their knees together and ankles tucked and crossed when sitting down in a dress or skirt. 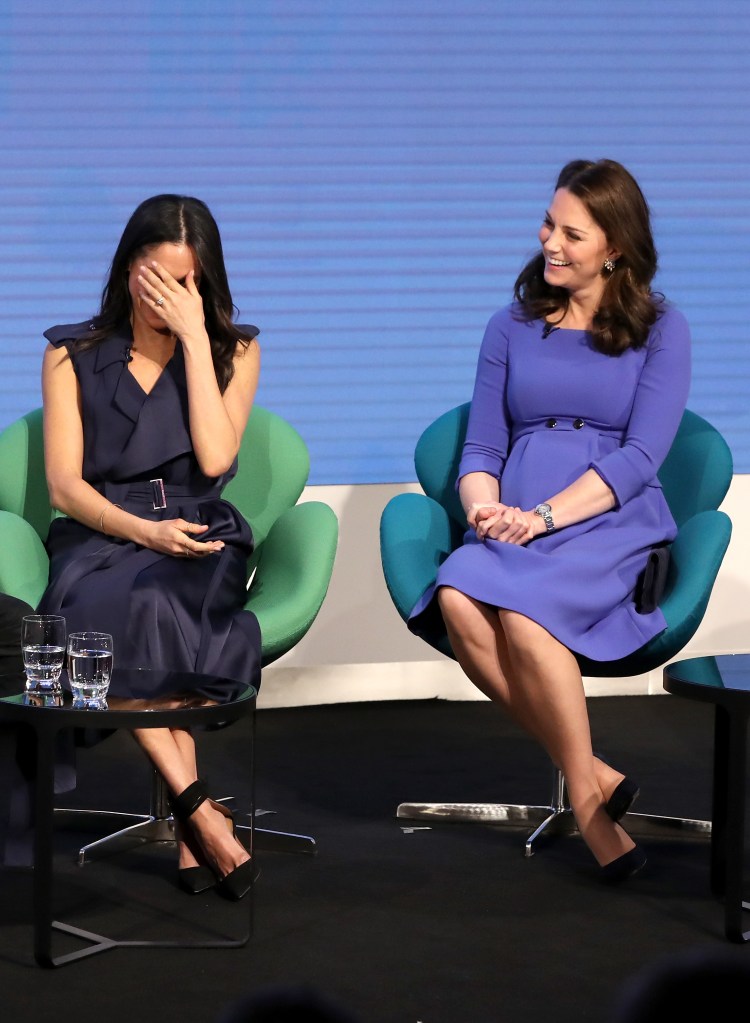 According to Myka Meier, royal etiquette expert and founder of Beaumont Etiquette, crossing one’s legs at the knees is seen as “unladylike,” per royal tradition. To avoid this, royal women are taught the “duchess slant,” which prevents cameras and wandering eyes from looking up a royal woman’s skirt.

“Typically the ‘duchess slant’ is used when a lady has to sit for an extended amount of time while keeping poise and posture,” Meier told People. “It is the perfect pose for when a camera is shooting directly in front of you because by slightly slanting the knees to create a zig-zag effect when wearing a dress or skirt, your legs are angled so that the camera only shoots the sides of your legs and protects your modesty.”

MORE: The Surprising Reason Kate Middleton Never Takes Off Her Coat in Public

Along with keeping your knees together and in a slant, the “duchess slant” also includes keeping your hands folded neatly on top of each other in your lap and your shoulders squared straight ahead.

“The key with the technique is to square your shoulders straight ahead while maintaining perfect posture,” Meier said. “Keeping knees and ankles together at all times, position your legs so that you create a slant, angling your knees to the side. Hands should be folded one over the other and placed in your lap.”

However, the pose isn’t also for royal brownie points. According to Meier, it also helps your legs appear longer in pictures, so you can thank the royal family for your future, tall-looking selfies.