On October 18, the Duchess of Sussex and her husband, Prince Harry, visited Bondi Beach as the fourth stop on their royal tour of Australia. The visit was atypical as it was, with Markle and Harry walking on the beach in flower leis and summer-ready attire. But what caught the eyes of royal traditionalists wasn’t Markle’s maxi dress or her low ponytail—it was her shoes: wedges.

According to a source for Vanity Fair, Queen Elizabeth II banned wedges a long time ago simply because she doesn’t like them. Since then, women in the royal family have rarely been seen with wedges, with the exception of Kate Middleton who has worn the comfortable shoes a couple of times. Well, in addition to Markle.

“The Queen isn’t a fan of wedged shoes,” the source said. “She really doesn’t like them and it’s well known among the women in the family.” 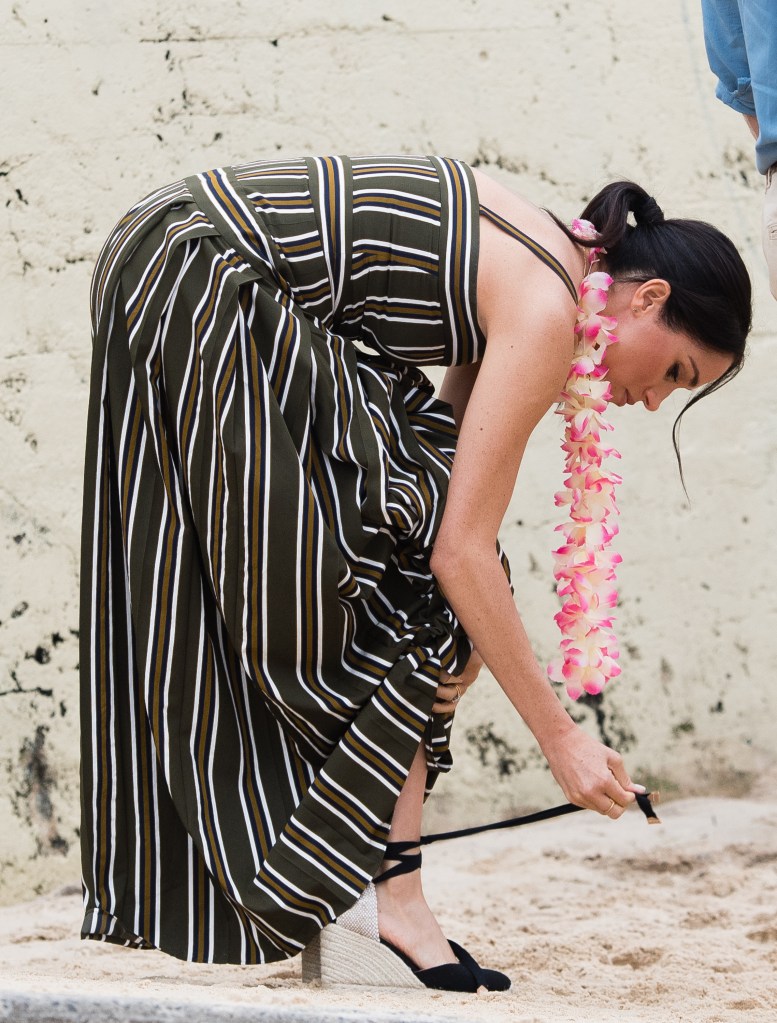 The Duchess of Sussex broke the Queen’s number-one fashion rule on her Australia visit when she walked on the beach with black lace-up wedges with a canvas heel. Coincidentally, the shoes, which were from Castaner ($120), were also worn by Kate Middleton’s sister, Pippa Middleton, on her honeymoon in Sydney last year.

If there’s a time to wear wedges, certainly it’s at the beach. Common, royals, can we give Markle a break?