The Duchess of Sussex is OK with being called a “fat lady.” Meghan Markle reacted to being fat-shamed for her pregnancy, and her response was classy AF. The 37-year-old was visiting staff and volunteers at her new patronage, the animal charity Mayhew, in London on Wednesday when one woman made a bold comment about the mom-to-be’s body.

In a video of a visit, Peggy McEachrom can be heard telling Markle how “lovely” she is before commenting on her growing baby bump. “What a lovely lady you are. May God bless you,” McEachrom said. “And you’re a fat lady!” The woman then motioned to Markle’s bump.

However, Markle didn’t take offense. She considered it a compliment. “I’ll take it!” she said, after a big laugh.

But that wasn’t the only bold comment McEachrom, who is originally from Jamaica, made. The woman also predicted that Markle and her husband, Prince Harry, are expecting a boy. “Glad to see you so well. You’ll soon be having a little baby boy!” McEachrom said.

Still, despite McEachrom’s bold guess, Markle didn’t let on the sex of her baby. “Oh, you think it’s going to be a boy?” Markle said. “It’s a surprise. We don’t know what we’re having. I ask everyone what they think, and everyone has a very strong opinion about it.”

For the visit to Mayhew—which is one of four of Markle’s patronages—the Duchess of Sussex went high and low end with her fashion with a $35 knit dress by H&M and a designer Emporio Armani cream coat. Markle’s other patronages include the National Theatre, Smart Works and the Association of Commonwealth Universities. 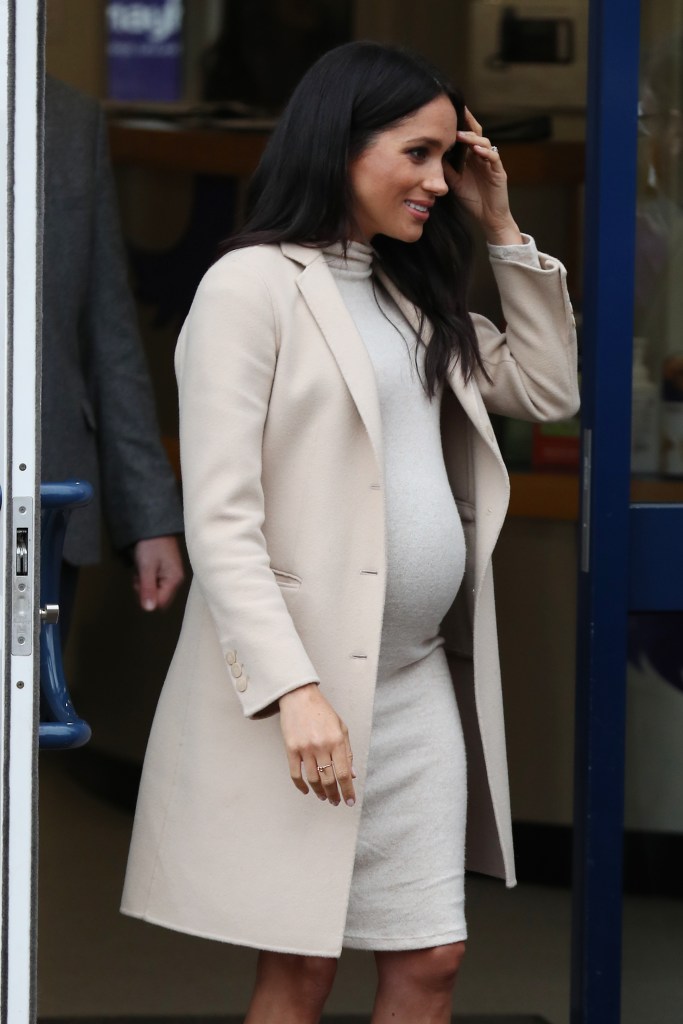