Archie Harrison is just five days old but he has already captured the hearts of both his parents and the entire world. And though his mother is at home resting, her philanthropic efforts have not ceased. Meghan Markle and Prince Harry launched Shout with Prince William and Kate Middleton.  Shout is a new crisis hotline. The royals are working to raise awareness about mental health and taking steps to provide necessary care. Shout’s goal is to offer immediate support to those in need of support via text.

Prince William described Shout as “a new text line that supports people who need advice in a tough moment.” He added, “It operates 24/7, and connects people to trained volunteers who provide help at a time when it is most needed, enabling them to move from crisis to calm and to find longer-term support,” he continues.

Markle and Prince Harry changed their Instagram page last week to follow only accounts that deal with this month’s initiative. May is Mental health Awareness Month in the United States. In the U.K, Mental Health Awareness Week takes place May 13 through the 19. The Duke and Duchess of Sussex are currently only following organizations and Instagram pages that strive to “promote mental well-being, mental fitness, body positivity, self-care, and the importance of human connection.” This change is only going to be set in place for this month. But the couple has been working diligently with Harry’s brother and sister-in-law to ensure Shout’s success. According to royal correspondent, Victoria Murphy, the Cambridges and the Sussexes have been working on the project for quite some time. In fact, back in November—nearly six months ago—Markle and Prince Harry met with Shout volunteers. The photos have just now been released. 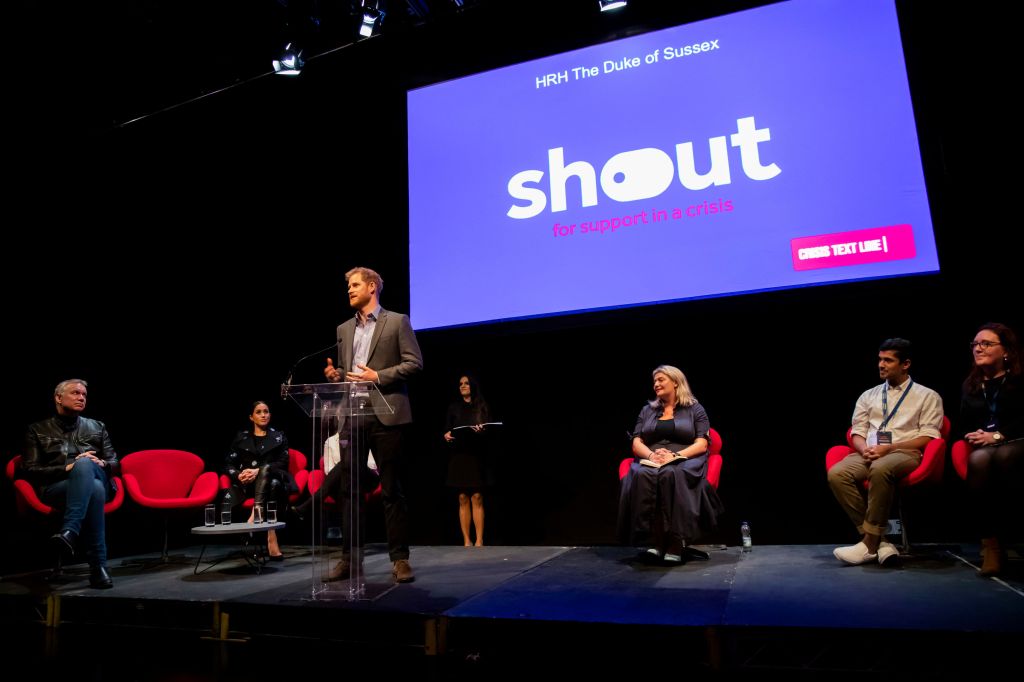 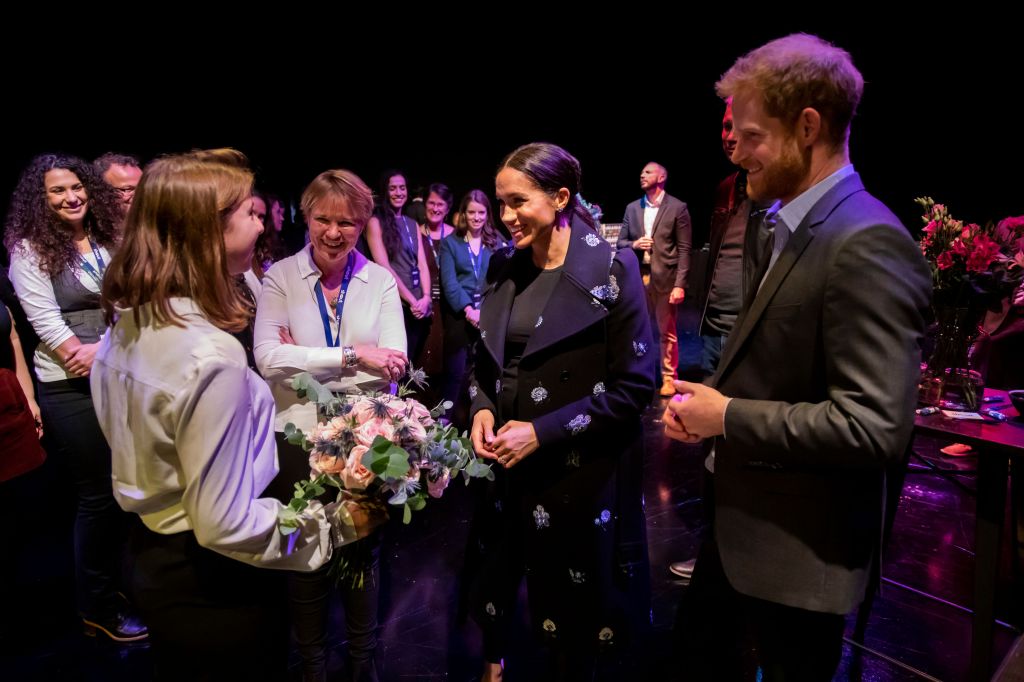 In the video introducing the launch of Shout, Prince William added, “Over the last few months, Shout has started working quietly behind the scenes. Harry, Meghan, Catherine, and I have been able to see the service working up close, and are very excited for its future.”

Shout will be free to use and U.K.-wide. For more information visit www.giveusashout.org.