Whew, watching the British Royal Family these days is almost better than watching Netflix’s The Crown. Meghan Markle and Prince Harry’s new documentary may have ignited a feud with Prince William and Duchess Kate Middleton. As we all know, the royal brothers have had a more strained relationship in recent years.

Though royal fans initially assumed it had something to do with the future crowned king allegedly cheating on Kate Middleton, we soon discovered this wasn’t exactly the root of the issue.

Instead, all of this tension seems to stem from Meghan’s entry into the royal family. Prince William thought his baby brother was moving too fast with the former actress, and when he voiced his concerns–Prince Harry was non-to pleased. Since their engagement in November 2017–Meghan and Harry have done things their own way–much to the horror of the Palace and the Cambridges.

However, their recent IGTV documentary, Harry And Meghan: An African Journey, has taken things to a new height. Meghan was vulnerable about the dehumanization and scrutiny that she’d faced as a new mom and a woman of color in the royal family. Also, Harry was candid about his strained relationship with his big brother. Unfortunately, not everyone sympathized.

According to Express U.K–the documentary has been seen as“hysterical.” Apparently, the Palace PR teams have completely lost control of the narrative and they now have no clue how to reign in the power couple. It doesn’t help that Palace insiders are accusing the Duchess of Sussex of employing an American team to try and clean up her image with the Brits.

Thankfully, Prince Harry and Prince William have spoken since the documentary aired, and William is worried about the fragile state of his bother and sister-in-law–but all of the hysteria certainly isn’t helping the state of things. 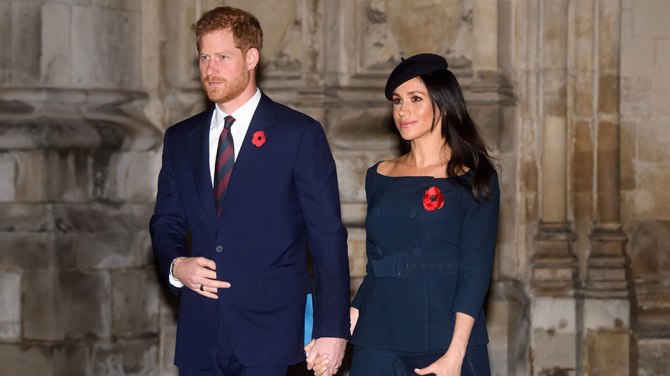 According to CNN, “The source added that the institution around the British Royal Family is full of people afraid of and inexperienced at how to best help harness and deploy the value of the royal couple who, they said, have single-handedly modernized the monarchy.”

One of the most revealing things about the documentary is that Meghan suggests she and the prince would walk away if things didn’t calm down. Unfortunately, it looks like the Suits alum (like her late mother-in-law, Princess Diana) simply had no idea what she was walking into.

Gina Nelthorpe-Cowne, the duchess’ former agent told Express U.K., “I did speak to Meghan about the British media and it was clear that she didn’t know what she was letting herself in for. She was naive.”