I’ll be honest, I’ve never given much thought to the royals’ favorite cocktails until recently. As far as I knew, they only really drank tea! Of course, I’m sure they enjoy getting their buzz on for a night out just like the rest of us—and now that Prince Harry and Meghan Markle are without a royal palace and live-in chef (and, presumably, part-time mixologist) I’ve started to fill my spare time with guesses as to their drink of choice.

At first, I figured Harry would drink a Pimm’s cup, because it’s British and bougie. I also had Meghan pinned for a cosmopolitan. I just know she grew up worshiping Carrie Bradshaw and wanting to emulate her cool-girl ways, and everyone knows a wannabe-Bradshaw will suck down a cosmo like nobody’s business.

Apparently, though, I was wrong on both accounts. Just recently, the duo were spotted out and about in New York City—I can’t believe they didn’t call me!—with none other than Misha Nonoo, the fashion designer everyone credits as responsible for getting the actress and the prince together in the first place.

We love a reunion! 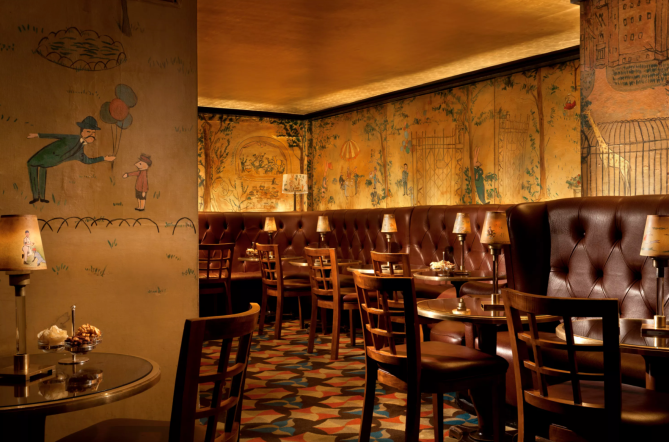 Joined by Nonoo’s husband, Mikey Hess, they dined at Bemelmans Bar, a swanky establishment inside the Carlyle Hotel. The Mirror reports they were there a whopping three hours enjoying drinks. And according to the Bemelman’s team, their drink of choice was none other than Elaine’s Smoky Martini.

Jokingly referred to as a “designer martini,” this dreamy little drink will set you back a whopping $35—and considering the duo spent three hours at the bar, it’s safe to say many were enjoyed. The drink is one of Bemelmans signature cocktails, featuring a blend of gin, Noilly Prat vermouth and Lagavulin 16 scotch whisky.

Technically, I can’t say for sure that this is Harry and Meghan’s favorite drink, but I can certainly confirm that they liked it enough to relax and stay a while with friends! So of course, I’m dying to know how it tastes. Although I live in New York myself, I don’t see myself shelling out $35 smackers for one measly drink.

Lucky for me, the Bemelmans team sent over the recipe. BRB, running to the liquor store so I can make one (or two, or three!) for myself! 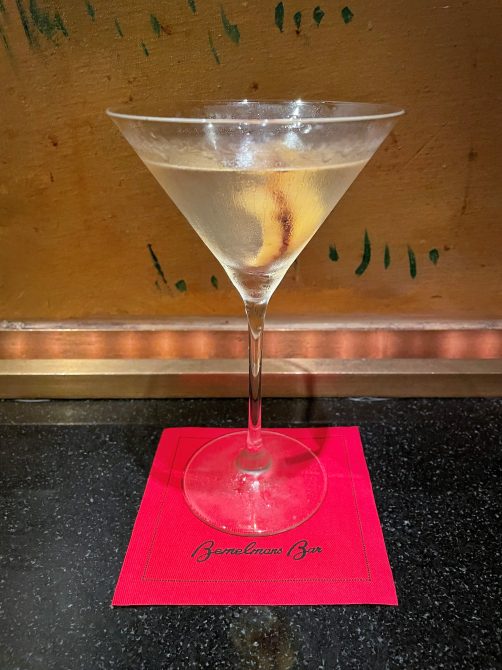 I’ll be honest—I’m not really worried about the potential risk of one day entertaining Harry and Meghan and having to serve them a drink I know they’ll like. But hey, it never hurts to be prepared!

Besides, Elaine’s Smoky Martini is delicious whether or not you enjoy it with a couple of royals, so I can’t encourage you enough to try it out. Bemelmans Director of Food & Beverage, Tony Mosca, shared with STYLECASTER some info on the drink’s backstory: “As Bemelmans is well known for its martinis, when we started to create our new cocktail program we wanted to create martinis that linked back to the history of the hotel or individuals that had an impact on The Carlyle.”

The Elaine behind Elaine’s Smoky Martini, you ask? Mosca has the scoop. “We created this cocktail to honor Elaine Strich who was an American actress and singer, known for her work on Broadway. Elaine also was one of our residents at The Carlyle,” he shares, adding, “Her persona was polished to a furious shine! The martini is as unique as Elaine.”

Read on for the simple-yet-effective recipe below, snagged straight from the bartenders at Bemelmans.