In the past couple years, the Duchess of Sussex went from living in at Frogmore Cottage tepping down from the royals altogether. It’s only natural that Meghan Markle’s net worth changed after such a shift—but followers of the royal family have often wondered if that change was for the better.

Here’s what we do know: Meghan and her husband Prince Harry are doing just fine financially. The Duke of Sussex has been well-supported by his father, Prince Charles, for a while—the Prince of Wales even offered to pay for Meghan and Harry’s security fees when they moved to California. But that doesn’t mean they *need* Charles’ help (though it sure is nice).

In May 2020, the Sussexes set out to repay taxpayer costs for those Frogmore Cottage renovations themselves—and their plan is to make those payments over the course of the next decade or so. The total refurbishment costs were estimated at approximately £2.4 million (or $3.05 million), meaning that they will pay around £18,000 (roughly $22,000) a month moving forward. With a bill that high, you already know that the Sussexes’ net worths need to be high enough to pay up.

When it comes to Meghan Markle’s net worth, we know the Duchess can surely foot a good portion of the bill. Keep on reading to see how much we’re talking. 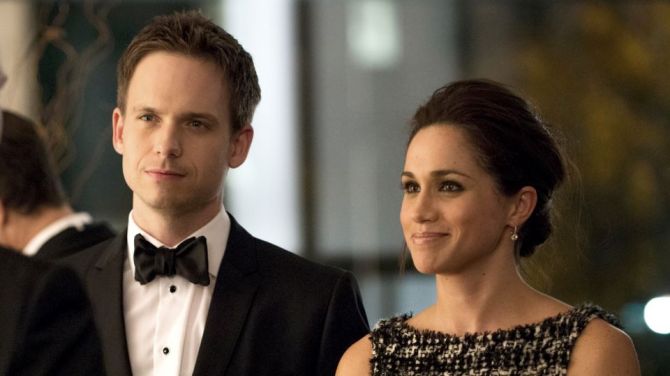 How much did Meghan Markle make from Suits?

Many followers of the royal family are already familiar with the fact that Meghan Markle had a successful acting career long before she became the Duchess of Sussex. Her most popular role was on the television show Suits, where she played a character named Rachel Zane. According to knownetworth.com, Meghan made anywhere up to $50,000 per episode on the series. But that’s not all—Meghan also made a pretty penny from smaller roles on films like Remember Me and The Candidate, for which she was paid approximately $187,000 and $171,429 for respectively by 2010.

How else does Meghan Markle make money?

Any starting actor knows that they need to diversify their streams of income, and Meghan was no exception. She established herself as a lifestyle expert, running a popular blog called The Tig for years before shutting it down in April 2017. Along with her blog, Meghan was also able to make money via sponsorships and endorsements on social media. According to Cosmopolitan, the emerging star used the platform to “tap into the wonderful world of celebrity #SponCon.” This earned her anywhere up to an additional $80,000 per year, as per knownetworth.com.

Now, Meghan is an ex-royal and slowly returning to the acting game. She also appears to be dipping her toes back into the lifestyle world, as she is currently working on a cookbook.

According to a 2021 report by Forbes, Meghan and Harry’s net worth is around $10 million, which includes the money Meghan made from her acting career as well as other sources of income pre- and post-royal family. Forbes also reported that Meghan and Harry have a “nest egg” of around $5 million after they started to repay the Sovereign Grant and put down a payment on their $14.7 million home in Montecito, where they moved to in August 2020. In comparison, Harry’s grandmother, Queen Elizabeth II, has a $500 million net worth, according to a 2020 Forbes report.

Though there was speculation that Meghan and Harry were paid for their 2021 interview with Oprah Winfrey, Page Six confirmed that the two did not receive a cent for the special.  “A spokeswoman for the Oprah Winfrey Network confirmed that the couple won’t be collecting a paycheck and said that no donations are being made to their charity,” Page Six reported at the time.