Since announcing her engagement to Prince Harry in November, Meghan Markle hasn’t exactly been the most traditional duchess-to-be. She’s signed autographs, given hugs, worn mismatched earrings, and broken about a dozen other royal family rules. And it doesn’t look like she’s slowing down anytime soon.

On Tuesday, the 36-year-old stepped out in Edinburgh, Scotland for an official royal engagement with her hubby-to-be at the Edinburgh Castle. For the occasion, Markle wore a tartan Burberry coat and a Strathberry purse which she fashioned as a cross-body bag. Though Markle earned a lot of attention for her coat (some think she channeled Princess Diana), it was her purse that was catching heat. 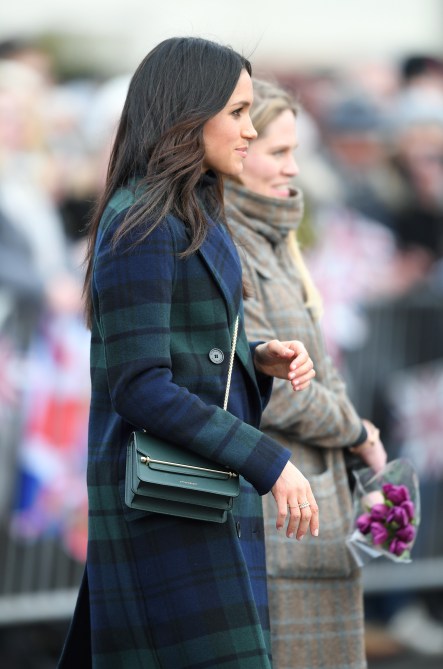 According to royal family expert, William Hanson, Markle broke a huge royal family tradition by wearing a cross-body bag. As Hanson explained in an interview with the Daily Mail, royal women traditionally carry clutches, which keep their hands busy and deter fans from reaching out to shake their hands.

Per tradition, handshakes with royal family members can only occur when the royal extends their hand first—not the other way around. This is why you’ll frequently see Kate Middleton carrying a clutch with both hands in front of her.

“It is protocol that you do not extend your hand to any member of the royal family (blood royal or those who have married into the family) unless their hand extends first,” Hanson told Daily Mail. “The Duchess of Cambridge may well prefer not to shake hands with certain people—but there are other ways to achieve this, as used by the Queen and other members of the royal family, [rather] than opting for a clutch over a bag with a strap.” 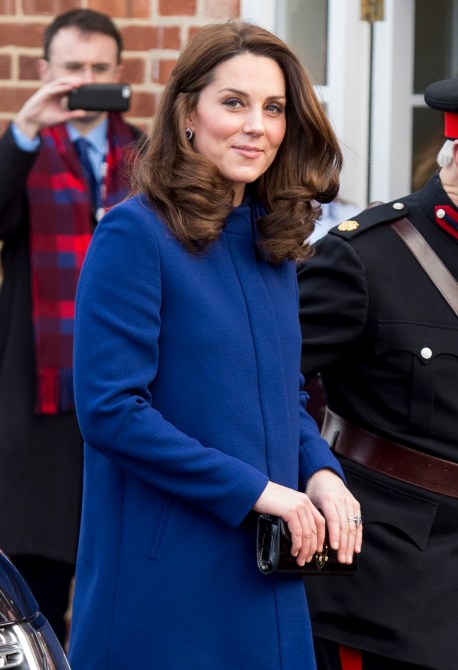 Markle—who has received heat for carrying purses in general—was met with mixed reviews for her cross-body bag. Many fans called her “relatable” for wanting to be comfortable by looping her bag across her body instead of lugging it on one shoulder. Others condemned her for breaking tradition.

Though CNN’s royal commentator, Victoria Arbiter, said that there’s “no set rule book” that tells somebody “how to be a royal,” she admitted that Markle’s cross-body bag was still out of the ordinary for ryal behavior.

“Meghan did not break any kind of royal protocol, simply because there isn’t a royal protocol to break,” Arbiter told Insider. “Yes, she is doing things slightly differently. We don’t generally see a royal with a cross-body bag.”

She might not be breaking any official rules, but Markle is certainly carving a place for herself as one of the most distinct and untraditional royal family members yet.