Anyone who says they like tights is lying. Seriously, don’t believe them. And if you need further proof, our favorite American-actress-turned-English-royalty agrees. So, if you don’t trust us, trust Meghan Markle. She almost always opts out of tights. But guess what? Being a duchess means following protocol, and yet Meghan Markle is breaking royal rules. Scandalous! (Except not really because these rules seem a bit outdated, TBH).

The pregnant 37-year-old went barelegged under a gorgeous, glittery deep blue gown on Wednesday evening. She was attending Cirque du Solei’s “Totem” at the Royal Albert Hall in London on January 16 with hubby Prince Harry. Markle opted for no tights and rocked a dark nail polish color on her toes that matched her lipstick ~flawlessly~. 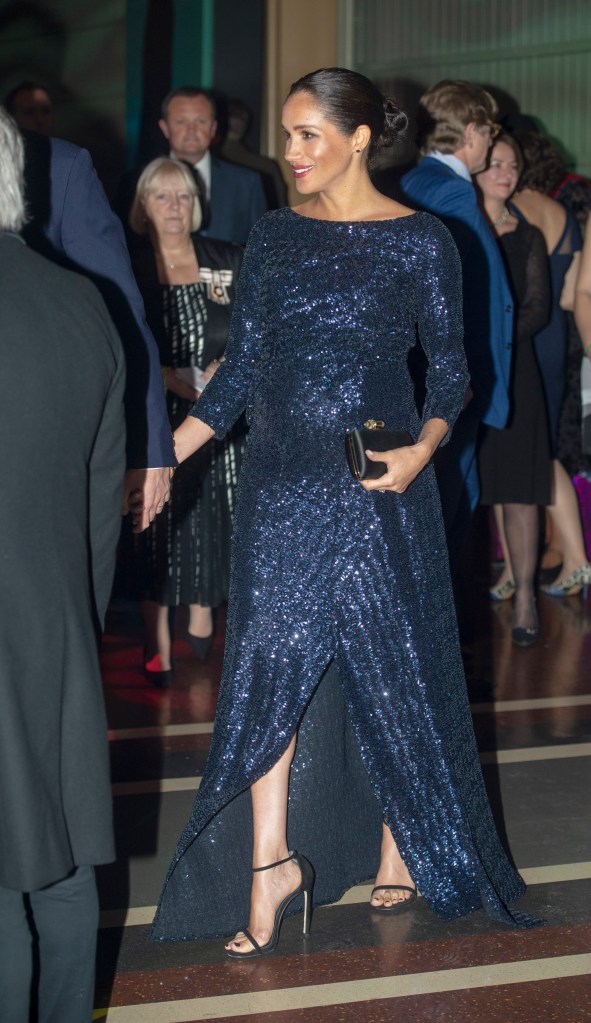 While she looked absolutely stunning (no surprise there), she was blatantly breaking the unwritten royal standard that requires women to wear hosiery and closed-toe shoes. Royal protocol tends to also favor (*ahem, strongly requests*) light nail shades across the board, even when it comes to the most formal of occasions. (Hence why her dark nail polish on her toes were a big no-no.)

In fact, according to Essie’s website, the Queen’s hairdresser said the brand’s light pink shade, Ballet Slippers, is the “only color Her Majesty would wear.” Markle did have a light pink shade on her hands though—the Queen would approve! 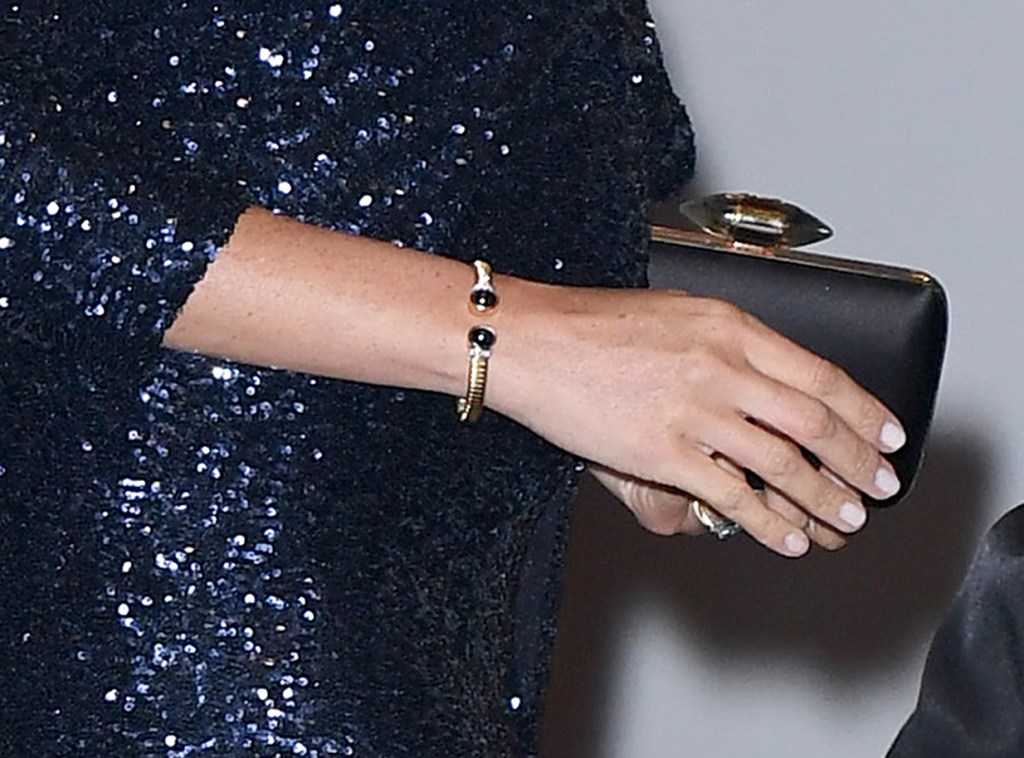 The dark lipstick, however, was a departure from both royal protocol and Markle’s own usual preference. We haven’t really seen her sport a dark lip color since becoming the Duchess of Sussex. But this shade complimented her navy Roland Mouret gown beautifully. In our opinion, it was a great call.

This isn’t the first time Markle has broken the nail polish code of conduct. Just last month at the British Fashion Awards, Markle showed off a deep burgundy—almost black—color on her fingernails as she presented her wedding dress designer, Clare Waight Keller, the British Womenswear Designer of the Year award. 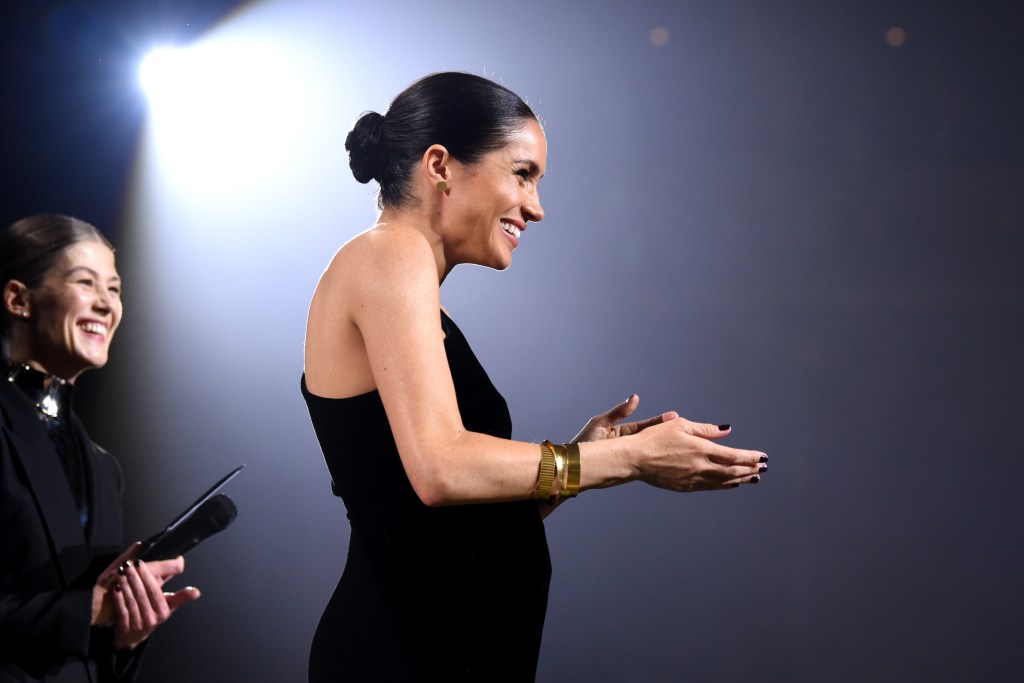 We haven’t seen any repercussions from these fashion and beauty choices, so we think Meghan might be in the clear. Modern women in the royal family are pushing boundaries, and we absolutely are here for it.

Princess Diana didn’t shy away from bold choices during her time in the royal family, so perhaps Markle is honoring Diana’s memory in more ways than one. In fact, Markle’s recent sparkly dress and whole outfit were a sweet tribute to Harry’s mother. Fans were quick to point out that Markle’s outfit was definitely a nod to Princess Diana‘s gown at the Diamond Ball in 1990. What do you think? Markle even accessorized her outfit Wednesday evening with her late mother-in-law’s bracelet, and we’re sure Prince Harry loved it. 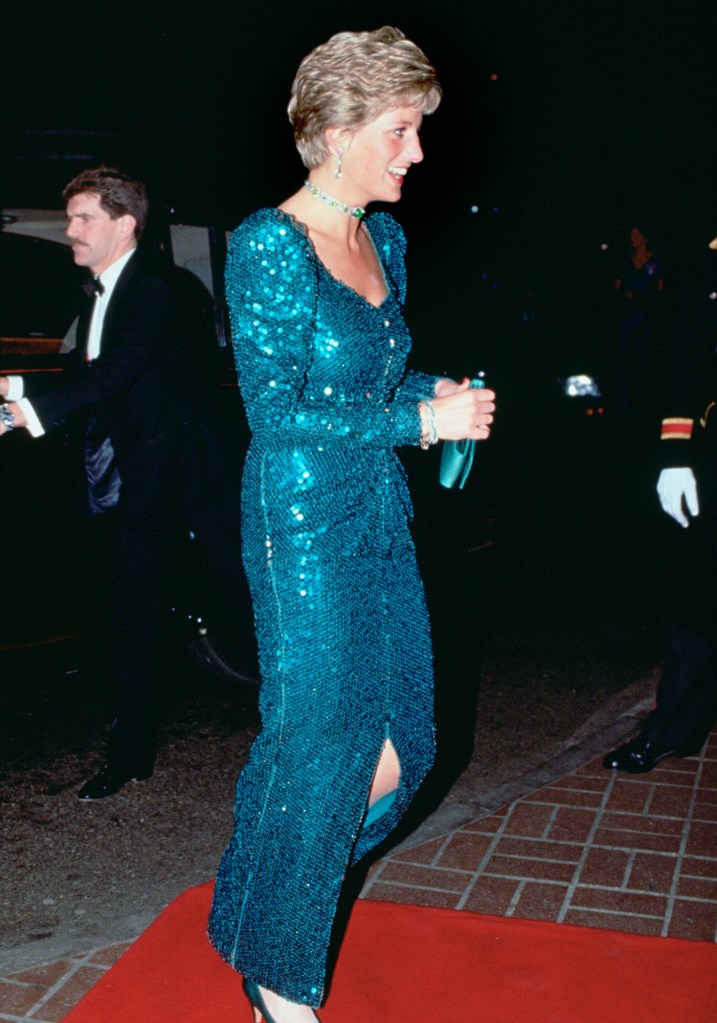 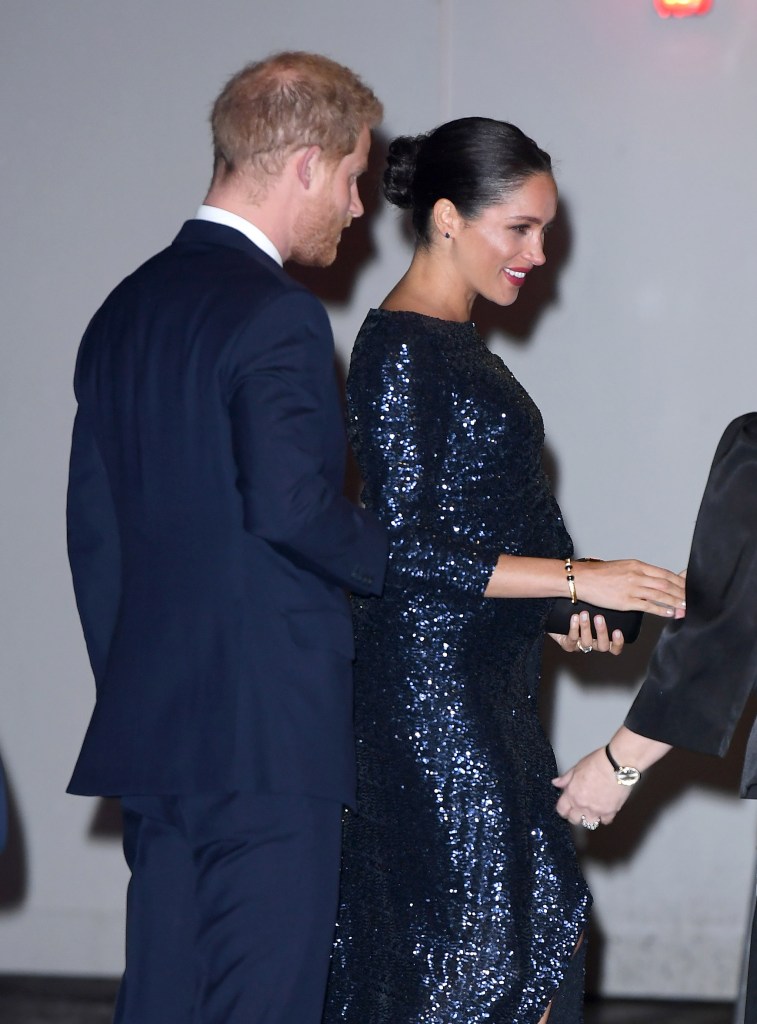 Even if Markle is breaking a few rules here and there, she always keeps it classy. We approve.