Meghan Markle‘s engagement to Prince Harry may have been one of the biggest moments in her life (and in the royals-obsessed blogosphere), but that didn’t stop trolls on the internet from raining on her parade by shaming her body. On Monday, the 36-year-old actress-turned-princess-to-be was rudely body-shamed by internet users who speculated that she was pregnant and hiding a baby bump. 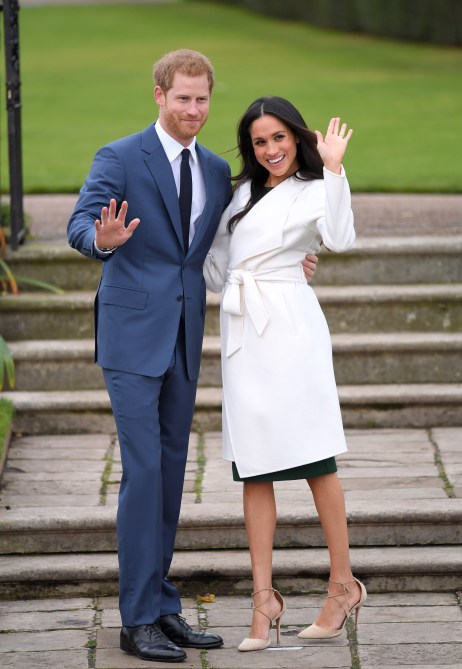 The body-shamers primarily targeted Markle’s outfit, a knee-length white trench coat tied at the waist, which many believe was worn to hide an early pregnant belly. Several internet users also drew attention to the “Suits” actress’s midsection, which they theorized was looking larger than usual. (Not sure how they got that idea from a coat, but OK). A few of the infuriating comments included:

It should be noted that Prince Harry’s sister-in-law, Kate Middleton, also faced similar shaming when she announced her second pregnancy with Prince William—proving that the public not only has an unhealthy obsession with women’s bodies, but with royal pregnancies, too. Likewise, some royal supporters drew attention to how Markle was likely wearing a coat to keep warm, rather than hide a pregnancy. (You know, the totally normal explanation for someone wearing a coat.)

Whatever Markle’s pregnancy status is, that is her business and hers alone. Likewise, just because she’s about to marry into the royal family, doesn’t give the internet the right to comment on her body. Let Markle and Prince Harry enjoy their engagement without the chatter of internet trolls. Body-shamers, here’s your cue to leave.