As always, Megan Thee Stallion’s performance at the 2021 Grammys just showed the hotties how it’s done. The 26-year-old rapper didn’t have to stunt so hard, but it obviously isn’t a show from Meg unless she’s making us all wish we had knees like hers (if you know, you know).

The Houston-native took to this year’s virtual edition of the Grammys to perform her song, “Savage.” She graced the stage wearing a jewel-encrusted unitard and heeled ankle boots to match. While Queen Bey didn’t join Meg for her remix verses, let’s just say that Meg’s dance number—which even included an impressive surprise tap-dancing duo—was already everything we could’ve asked for. 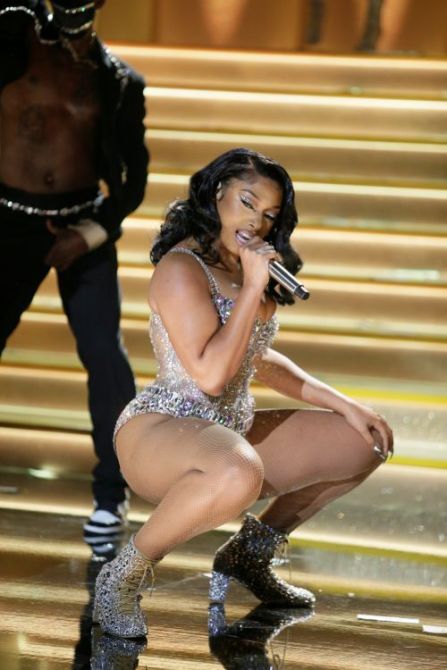 But just in case you weren’t impressed enough by her performance (which…um!), let’s just take a moment to acknowledge that this year also marks the first time Meg was nominated and won herself a prestigious Recording Academy award. And she didn’t just walk home with one—the “Savage” rapper won awards for Best New Artist, Best Rap Performance, Best Rap Song, and nabbed a nomination for Record of the Year. For each of the song categories listed, it was Meg’s 2020 remix of “Savage” featuring none other than Beyoncé that earned her those nods. 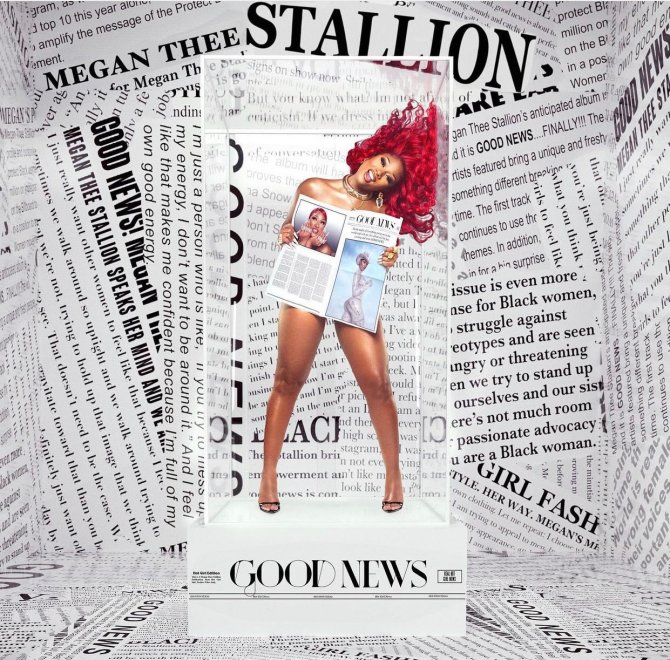 Megan found out about her nominations after joining the Recording Academy’s live nominees announcement over Zoom in November 2020. After reading off a list of nominees across pop, reggae, contemporary, instrumental, and global music categories, Meg was surprised by the Recording Academy’s interim president when he shared the news of her multiple Grammy nods. Let’s just say that her reaction—which you can see below—pretty much speaks for itself.

Megan later responded to the news in a heartfelt statement: “Being nominated for a GRAMMY is something I’ve always dreamed about and it really is a true honor. I’m so grateful for all the love, support and recognition I have received over the last few months and as well as The Academy, more than anything I would like to thank my Hotties, who have helped make any of this possible. I love you all.”