And we’re off! Awards season is officially underway, and while we’ll certainly be analyzing everyone that graces the various red carpets, we’ve decided to turn a more critical eye on 10 specific actresses we’re betting will make a splash all season.

These talented ladies are a mix of established A-listers (Emma Stone, Keira Knightley, Sienna Miller), somewhat familiar names who are on the cusp of superstardom (Rosamund Pike, Sairose Ronan) and total up-and-comers (Carmen Ejogo, Katherine Waterston, Ruth Wilson). The one thing they all have in common? They’ve each had a tremendous year, which means top designers will be clamoring to dress them.

To that end, we’ll be tracking these 10 It-girls throughout the season and its many award shows, grading their looks, providing plenty of commentary, and posting lots of photos. And at the end, we’ll pick one winner who will be crowned the ultimate red carpet champion of 2015. Below, the 10 stars we’ll be watching. 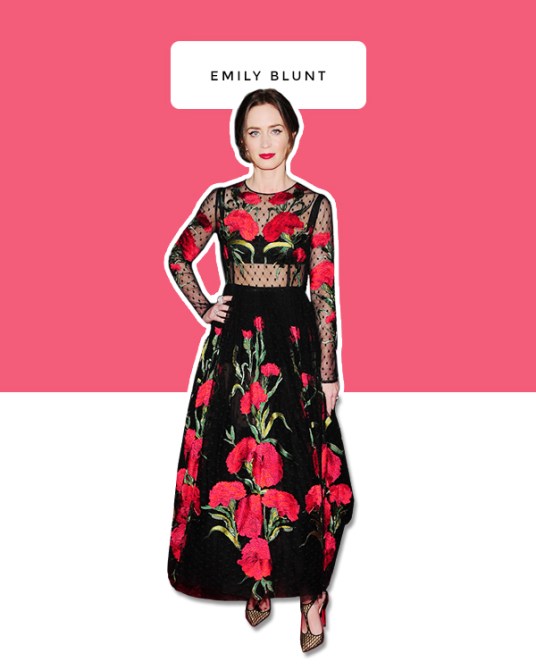 Why we’re watching her: Blunt has consistently been a hit on the red carpet, favoring lovely—if a bit safe—designs by the likes of Elie Saab, Oscar de la Renta, and Calvin Klein. However, 2014 proved to be a big year for the Brit—she nabbed a Best Actress Golden Globe nomination for her turn a the Baker’s Wife in movie musical “Into the Woods,” and Oscar buzz is at a fever pitch.

As any newly-minted leading lady knows, awards attention means breaking out the fashion big guns, and Blunt has delivered tenfold, upping her game with high-style looks by Dolce & Gabbana, Lanvin, and David Koma during the movie’s press tour and premieres. If she keeps it up, we have no doubt she’ll knock our socks off on at the Globes, the SAGS, and the Oscars. 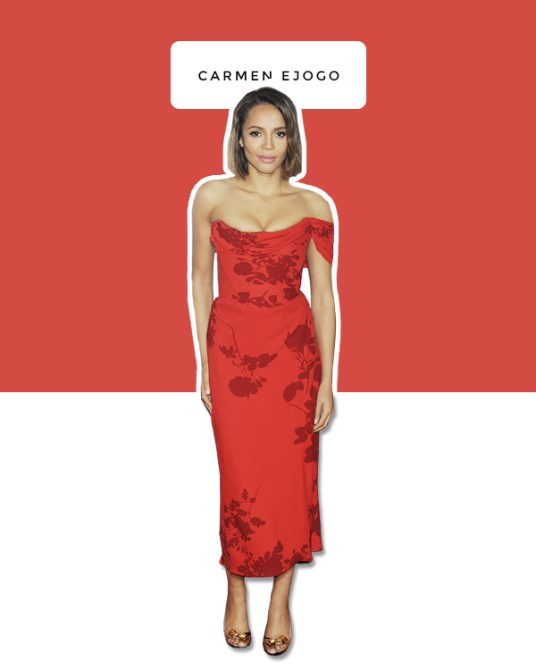 Why we’re watching her: “Selma” is one of the year’s biggest films—it’s director, Ava DuVernay is the first black woman to ever receive a Best Director Golden Globe nom—and Ejogo is its leading lady, playing Martin Luther King Jr’s wife, Coretta Scott King. Although she hasn’t been nominated yet, the 41-year-old British beauty (seriously, she’s stunning) will be front and center at every upcoming awards show, which means top designers will be fighting to dress her.

Also, there’s something to be said for starring in a movie that’s got some historical heft to it—”Selma” chronicles MLK’s campaign to secure equal voting rights for African-Americans via an epic march from Selma to Montgomery, Alabama in 1965—which often translates to powerful red carpet choices, as proven by that star-making red dress worn by “12 Years a Slave” star Lupita Nyong’o last year. 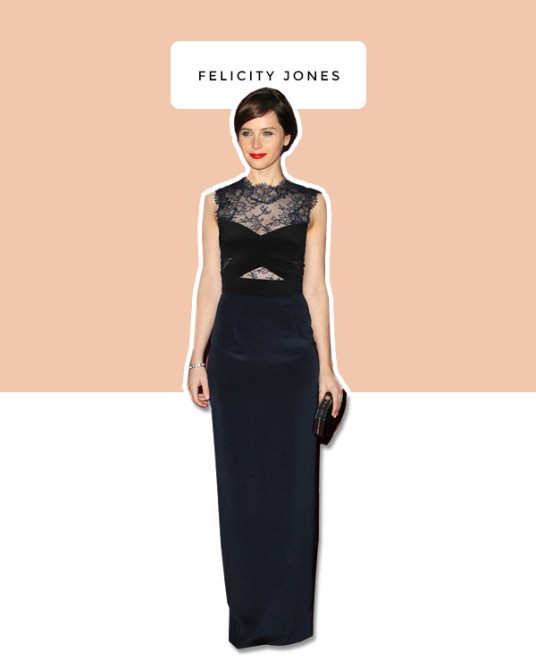 Why we’re watching her: Currently receiving raves—and nominations—for her turn as Jane Wilde Hawking  in “The Theory of Everything” opposite Eddie Redmayne, the 31-year-old English actress has also quietly established herself as an elegant red carpet presence.

During the past months alone, she’s been dressed by fashion’s most prestigious houses including Dior, Prada, and Christopher Kane, so it’s a given that she’ll continue her high-fashion streak on this season’s carpet. 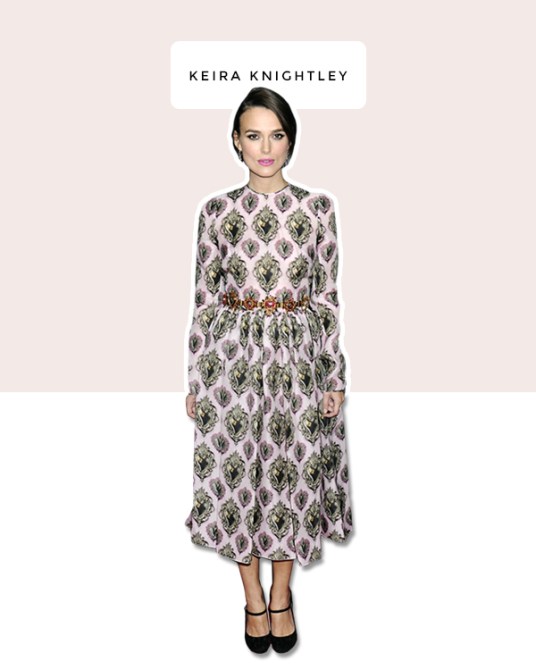 Why we’re watching her: We have a strong feeling that Knightley—although not new to the red carpet game by any means—will be an interesting fixture this year, thanks to the solid work she did in 2014. Not only has she landed a Golden Globe nomination for her role in “The Imitation Game” opposite It-guy Benedict Cumberbatch, but she also wowed as a a disillusioned American millennial who latches on to a teenager in”Laggies.”

Given the fact that she’s already an established fashion presence—she wore Chanel to her wedding, after all—it’ll be fun to see what she wears on the carpet now that she’s pregnant. 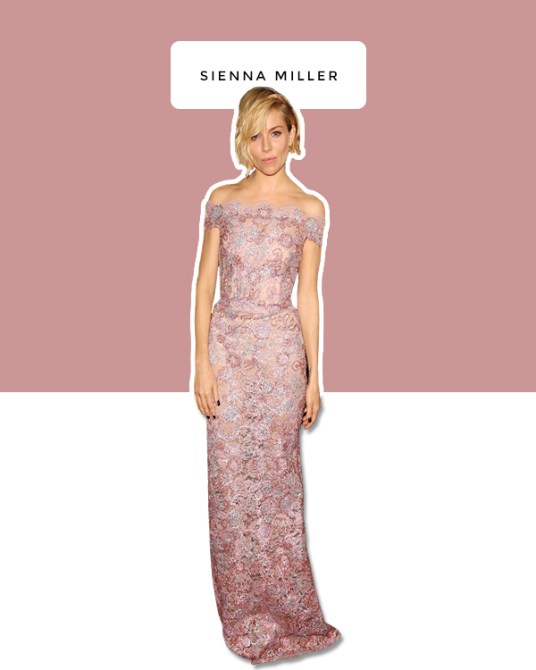 Why we’re watching her: Like Knightley, Miller—who stars in two of the year’s buzziest films “Foxcatcher” and “American Sniper”—is an actress who we know has a vested interest in fashion, but she’s been vocal in recent interviews about aging, becoming a mother, and the new roles she’s being offered, so we’re looking forward to seeing whether a more sophisticated, less boho Miller will emerge on the carpet. 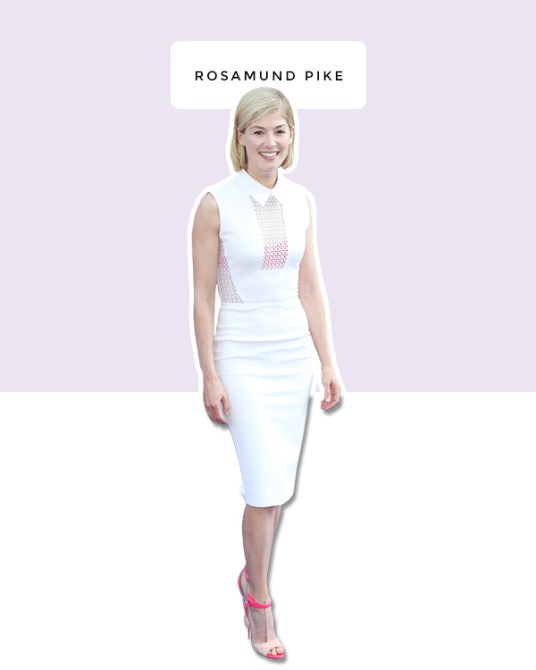 Why we’re watching her: If anyone had a breakout year, it was Pike, who firmly cemented herself as a legit movie star thanks to her pitch-perfect performance as sociopath Amy Dunne in David Fincher‘s big screen adaptation of Gillian Flynn‘s wildly successful novel “Gone Girl.”

Her cool Hitchcockian looks and penchant for wearing fashion with a capital F—McQueen, Altuzarra, Giambattista Valli, Dior—makes us believe she’ll be a red carpet knockout. 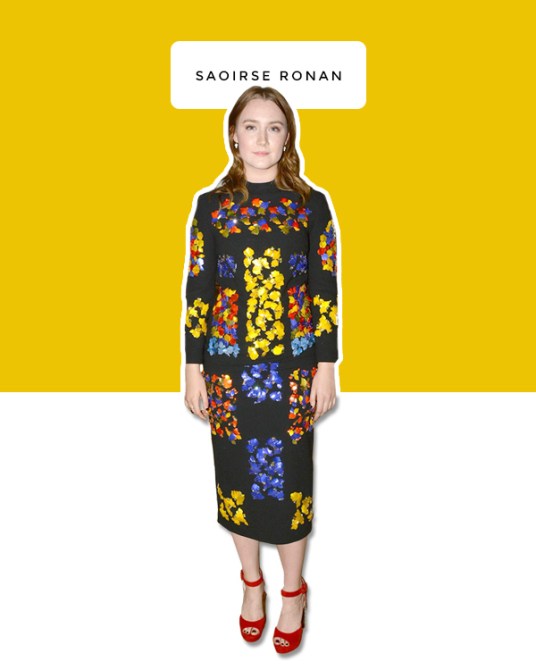 Why we’re watching her: We’re depending on the 20-year-old to bring a dose of youthful spunk to the red carpet, especially given her role in Wes Anderson‘s quirky 2014 flick “Grand Budapest Hotel.”

Of course, that’s not to say we expect the Irish actress to roll up to the carpet looking like a fashion amateur—while promoting “Budapest,” she stunned in Valentino, Proenza Schouler, Chanel, and Narciso Rodriguez, and managed to look young and cool in each off-the-runway ensemble. 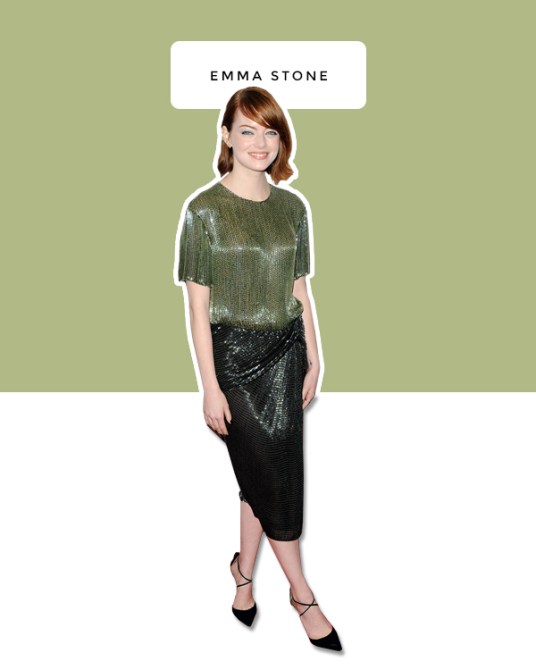 Why we’re watching her: Thanks to her everygirl appeal coupled with an ability to pull off anything from a minimalist Calvin Klein column dress to a hot pink Giambattista Valli peplum skirt, top designers have been tripping over themselves to dress Stone for a few solid years.

And while she’s been a household name just as long, her role in “Birdman” might win her an Oscar, so you know she’ll be bringing it, fashion-wise. Who she’ll choose to wear will be just as fun to watch as how she looks. 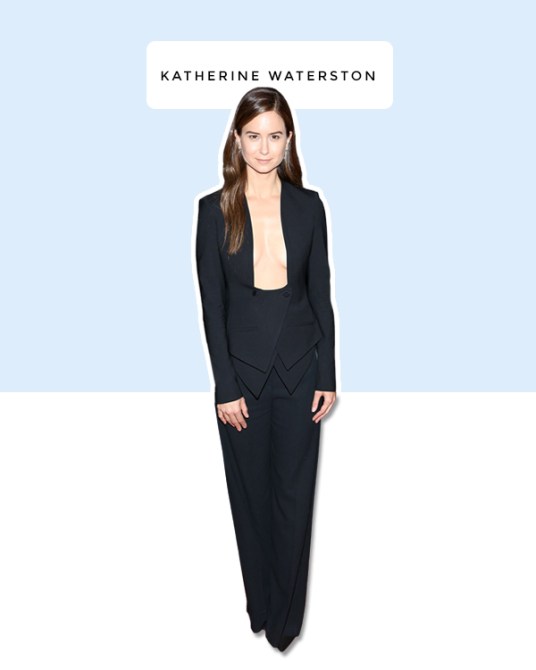 Why we’re watching her: Despite having bit parts in small films since she was in her early 20s, the 34-year-old—who happens to be the daughter of lauded actor Sam Waterston—officially became a star to keep a close eye on thanks to her super-sexy leading role in Paul Thomas Anderson’s eccentric 1970s-set “Inherent Vice.”

Not only has she recently been sporting designers like Prada, Elie Saab and Altuzarra, but she was the subject of a big New York Times profile that was conducted at high-end Manhattan boutique Maryam Nassir Zadeh, so we have a feeling she’ll become a definite Fashion Girl to watch. 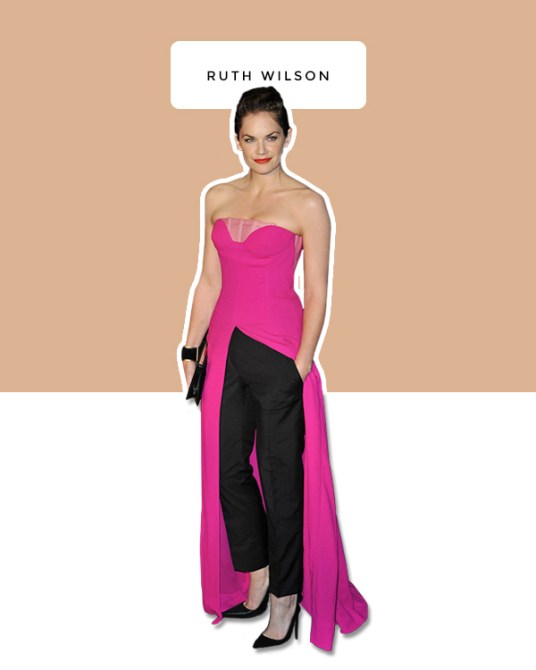 Why we’re watching her: An established English theater actress, the 32-year-old broke American ground in Showtime’s buzzy he said-she said drama “The Affair.” Nominated for a Globe, we’re betting Wilson will make appearances at most red carpets this season—especially since it’s rumored she’s dating Jake Gyllenhaall, with whom she’s currently starring on Broadway.

Of course, it doesn’t hurt that Anna Wintour‘s a fan. According to the Daily Mail, Wintour called Wilson when she was nominated for her second Olivier Award in 2012, and said she wanted to dress her. “And so I met her in New York and she had found me this beautiful dress by McQ [Alexander McQueen’s diffusion line]. It’s funny, but I did a shoot for Vogue sometime later in this amazing outfit with my hair in a perfect bob, and I thought, “Oh my God, I look just like Anna!” She is lovely; a brilliant woman and a great supporter of British theatre,” Wilson said.

There you have it—our 10 starlets to watch this season. Be sure to follow along with us after every awards show, and be sure to let us know who YOU think will win the red carpet!