He may have been a rock star to the rest of the world, but to Meat Loaf‘s children, Amanda and Pearl, he was just a typical dad.

Meat Loaf, whose real name was Michael Lee Aday, died on January 20, 2022, from COVID-19. He was 74 years old. “Our hearts are broken to announce that the incomparable Meat Loaf passed away tonight surrounded by his wife Deborah, daughters Pearl and Amanda and close friends,” Meat Loaf’s agent Michael Green said in a statement to People at the time. “His amazing career spanned 6 decades that saw him sell over 100 million albums worldwide and star in over 65 movies, including Fight Club, Focus, Rocky Horror Picture Show and Wayne’s World. ‘Bat Out of Hell’ remains one of the top 10 selling albums of all time. We know how much he meant to so many of you and we truly appreciate all of the love and support as we move through this time of grief in losing such an inspiring artist and beautiful man. We thank you for understanding of our need for privacy at this time. From his heart to your souls… don’t ever stop rocking!”

Meat Loaf was born in Dallas, Texas, on September 27, and was the only child of Wilma Artie, a school teacher, and Orvis Wesley Aday, a former police officer. After he attended the University of North Texas, Meat Loaf—who had acted in musicals like Where’s Charley? and The Music Man in high school—moved to Los Angeles to pursue a career in music. While in L.A. Meat Loaf formed his first band, Meat Loaf Soul, which released singles like “Once Upon a Time” and “Hello” and went on to open for artists like Janis Joplin, the Who and Grateful Dead.  While he was in Meat Loaf of Soul, Meat Loaf was cast in the musical Hair in L.A. The success of Hair led Meat Loaf to be cast in the Broadway production of the musical in New York City, as well as the Broadway musical Rainbow.

Amanda Aday is Meat Loaf’s daughter with his first wife, Leslie Edmonds, whom he was married to from 1979 yo 2001. Like her father, Amanda is an actress. Amanda—who studied theatre at the California Institute of Arts and the Idyllwild Arts Academy in California—is best known for her role as Dora Mae Dreifuss in the first season of Carnivàle, which ran for two seasons from 2003 to 2005. Along with Carnivàle, Amanda has also starred in movies like Crazy in Alabama, The Mummy An’ The Armadillo, South Dakota: A Woman’s Right To Choose and The Trials of Cate McCal. She’s also acted in TV shows like Boston Public, ER, Private Practice and My Name Is Earl. Her most recent role was in the 2014 movie Madtown with Milo Ventimiglia.

In an interview with People after Meat Loaf’s death, Amanda described her late father as a “complex man with a lot of passion, who wore his heart on his sleeve. “So, he would tell you, ‘Fuck you, I love you,'” she said. Amanda revealed that she and her half-sister, Pearl, “lived a very dichotomous life” as the daughters of Meat Loaf. She recalled growing up on tour buses and “and having all of these amazing experiences” as they traveled with their dad around the world. When they came back home, however, “It was home and he was just dad. He wasn’t Meat Loaf anymore,” she said.

When he wasn’t on stage, Amanda noted that her father was a typical parent, directing school plays and coaching softball teams. “If we didn’t get good grades, we were grounded, and all of that stuff,” she said. “So, it was very much, when we weren’t out on tour living this crazy life, it was very important to him that we were grounded in our home.” She continued, “Growing up, when we were little, he always said he never wanted to be hip. Pearl and I would want a new pair of shoes or something, whatever was in trend, fashion-wise or whatever, and he’d always say, ‘Don’t be trendy. Don’t be hip. Be cool, because cool is always.’ And that was him.”

According to Amanda, Christmas was Meat Loaf’s favorite holiday. “He was Santa Claus,” she said. “He would stay up all night making train sets around the Christmas tree.” When she was 6, Amanda remembered her father got her every Playmobil toy there was. “He stayed up literally all night and erected an entire Playmobil city and circus underneath the Christmas tree, because that’s what he did. He was dad,” she said. Amanda also recalled that one of her earliest memories of her father was him “working really hard.” “It wasn’t like, ‘Oh, they won’t let me play arenas anymore. So, I’m just going to go away.’ He was never going to go away, and he never did,” she said. 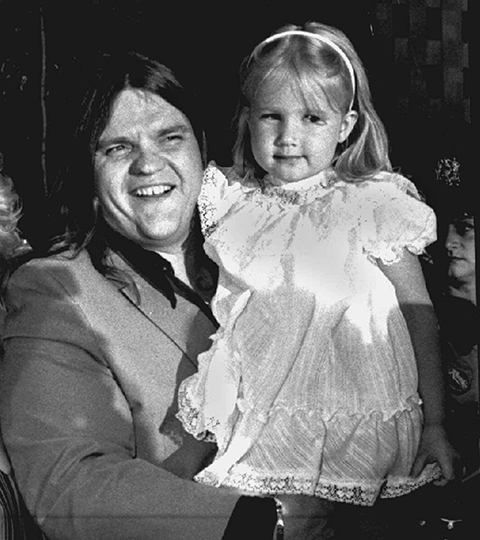 Pearl Aday is Meat Loaf’s adopted daughter from his marriage to Leslie Edmonds, a former secretary at Bearsville Records, whom he was married to from 1979 to 2001. Pearl’s father is Clark Pierson, the former drummer for Full Tilt Boogie Band with Janis Joplin. “We like to say that my mom and I married my dad in 1979 and thus began our marriage with hard rock and grand stage production, theatrics, and bombast,” Pearl told Gold Mine in 2016

Like her stepfather, Pearl is also a singer. She was the back up singer for her stepfather’s “Everything Louder” and “Born to Rock” tours in 1994 and 1996. She was also a member of Meat Loaf’s band when he performed at the 1997 inauguration for President Bill Clinton. She became an official member of Meat Loaf’s band, Neverland Express, in 1998 and toured with her father until 2003. During that time, she was also featured on Meat Loaf’s 2003 album, Couldn’t Have Said It Better, on the duet, “Man of Steel.” She also supported her stepfather on his “Seize the Night” tour in 2007.

Along with her work with Meat Loaf, Pearl was also a backup singer for bands like Filter and Mötley Crüe. She was also a member of her own band, Stella, fronted by Star Trek: Voyager star Nancy Hower, though the group broke up before they released an album. Currently, Pearl is the lead singer of her own band, Pearl. The band features her husband, Scott Ian, on the guitar. Scott, whom Pearl married in 2011, is also a member of the band Anthrax. Pearl opened for Meat Loaf’s “Casa de Carne” tour in 2008 and headlined its own United States tour in 2010 before they rejoined Meat Loaf for his “Hang Cool Tour” in 2010 in support of their first album, Little Immaculate White Fox. Their most recent album is Heartbreak and Canyon Revelry, which was released in 2018. In June 2011, Pearl and Scott welcomed their first child together, a son named Revel Young Ian.

In an Instagram post in January 2022, Pearl paid tribute to her late father with a photo of them on stage together. “I love you always, no matter what. I love you with my whole heart. We got you. Forever,” she wrote in the caption, to which Scott commented three heart emojis. In a second post, Pearl shared an Instagram photo of her dad on stage. “And the last thing I see is my heart still beating, still beating, breaking out of my body and flying away like a bat out of hell. We love you, Dad,” she wrote in the caption. 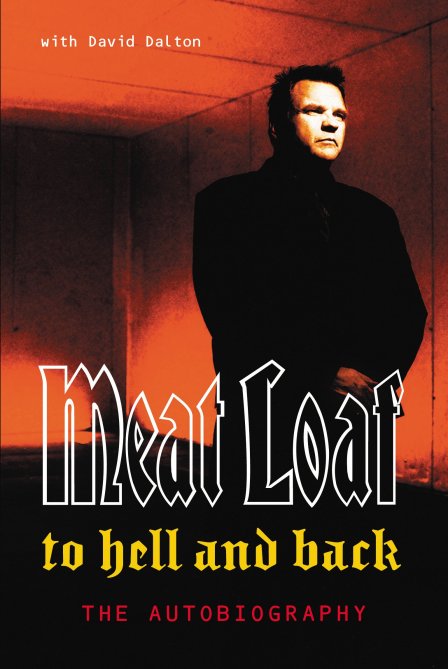 To Hell and Back by Meat Loaf

For more about Meat Loaf, read his 1999 autobiography, To Hell and Back. The book—whose title is inspired by Meat Loaf’s 1977 album, Bat Out of Hell—follows the “rages to riches” tale of Meat Loaf’s career and life, from his childhood with an alcoholic father to the time he picked up hitchhiker who he later learned was Charles Manson. The autobiography also tells the story of how Meat Loaf he was cast in the Broadway musical Hair while trying to get a job as a parking attendant and how he landed a lead role in one of the most beloved cult-favorite movies of all time, The Rocky Horror Picture Show. Filled with never-before-told stories from Meat Loaf’s life, To Hell and Back tells the tale of how a boy from Dallas, Texas, went on to sell 28 million records worldwide in an industry that initially rejected him.