With 29 movies, eight TV shows and countless characters, the Marvel Cinematic Universe is complicated—even for its actors. To test her MCU knowledge, StyleCaster played a round of Marvel trivia with Eternals star Lauren Ridloff, who answered a series of Marvel-related questions, from what is Captain America’s shield made of to what year did the Eternals come to Earth, in a matter of minutes.

Along with playing Marvel trivia, we also asked Ridloff how difficult it was to keep Harry Styles’ cameo as Eros, also known as Starfox, in the first post-credits scene of Eternals a secret. “It wasn’t that hard because, first, honestly, I was like, ‘Harry Styles? Who’s that?'” Ridloff said. “I know.” She continued, “Well, OK, I will say, my sister was a huge fan. At the time, she was working with us and had the opportunity to meet Harry Styles, so I was more concerned with my sister keeping her mouth shut about Harry. I mean, I have to say, I couldn’t believe she didn’t say one thing to one person, I’m so impressed with my sister.” While Ridloff, of course, knows who Styles is now, she doesn’t want him to know that wasn’t always the case. “Don’t tell Harry about that, please,” she joked.

Ridloff is also first brand ambassador for the hair care brand, Prose, and is the face of the company’s new campaign, Curl Outside the Lines, which celebrates the launch of its first Custom Styling Gel. “Curl Outside the Lines, that campaign in itself aligns with my beliefs and how I approach everything in life. It’s all about celebrating our individuality and it’s about self expression and who you are. I’m so thrilled and honored to be a part of this campaign,” she said. 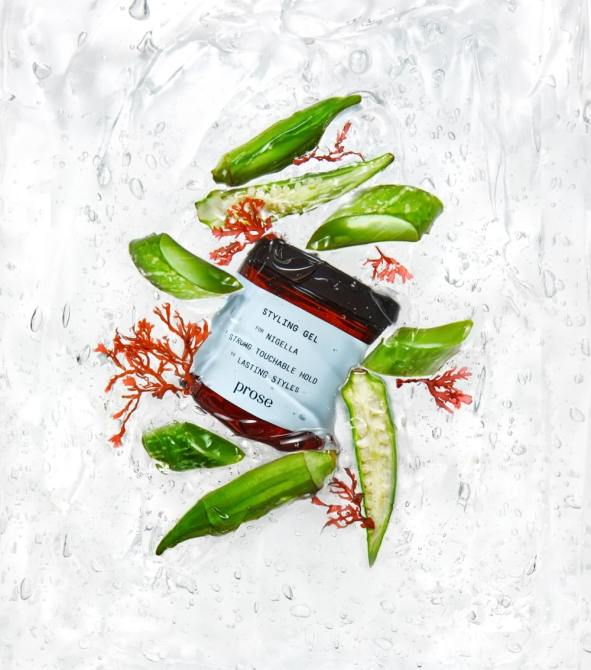 Ridloff also talked about what it was like to be represent the deaf community in a beauty campaign “I really don’t see my journey as the first deaf, but also being the ambassador to a community that’s important to me. Of course, it is honor to represent the deaf community on my own terms, and that also applies to Prose,” she said. “It’s such an honor to be the hair/face of that brand that celebrates differences and individuality.”

As for her own hair journey, Ridloff discussed how she came to love and embrace the natural texture of her hair. “I have to say it’s been a wild journey. I’ve definitely tripped so many times. As a biracial person, my family at first didn’t know at first what to do with my hair, so I had to learn on my own while I was going through that process,” she said. “I got to a point today as an adult where I’m wonderfully comfortable with my curls. I’m at this point in my life right now where I feel like my curls can’t do any wrong. They can be big. They can be small and tight. They can be frizzy. I love my curls and that’s something I hope can resonate to other people with curly hair. Just love who you are. Love your curls!”

She also recalled a moment when she was younger when she felt ashamed by her hair. “I do remember thinking that I had difficult hair and people who were dealing with my hair would always make that face like, ‘Your hair is so much work,'” she said. “If I decided to take my hair out of my braids, I wore pigtails a lot, they would say to me, ‘Your hair is just so out of control.’ I always felt like my hair was not behaving so that was definitely a big shift for me when I learned what resources I had. Now, I’ve seen so many more hair representation within media, which is wonderful. Just yesterday I was visiting my mom, and she was so happily pointing out people on TV who had hair just like mine. That definitely was not the case back then. I feel like there definitely is a shift that’s happening.”

Eternals is available to stream on Disney Plus. Watch Lauren Ridloff play Marvel trivia in the video above.