Things you probably know about Mayim Bialik: she got her start playing Blossom Russo on the beloved ’90s ABC sitcom  “Blossom,” which co-starred Joey Lawrence as her brother Joey. (While he’s largely faded from the limelight, his delivery of “Whoa!” will likely remain in pop culture history forever.) 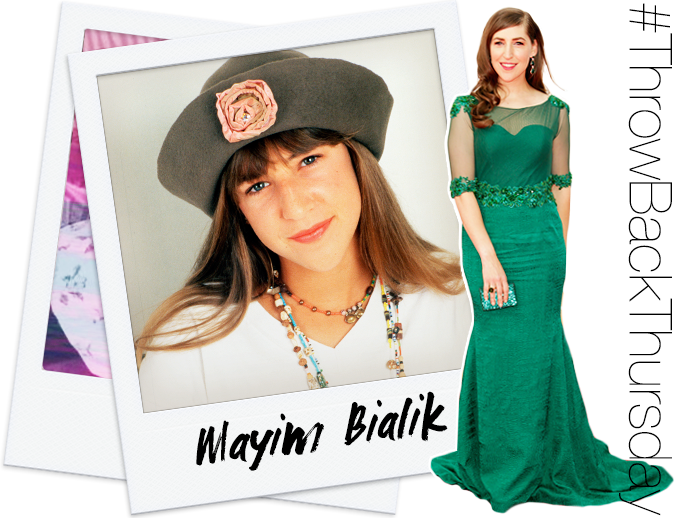 Things you might not know about Mayim: today is her 38th birthday, and just two days ago, she was nominated for a Screen Actors Guild Award for her portrayal of Amy, the equally quirky and bizarre girlfriend to Jim Parsons’ Sheldon, on “The Big Bang Theory.” Fans of the show widely consider her to be a breath of fresh air for the nerd-centric show, which tends to be male-dominated; that fresh quality was apparently strong enough to earn her s SAG nomination.

But way before any of that, Mayim was Blossom. The show ran for five full seasons, from 1990 to 1995, and the teenage star earned the hearts of many an American by playing the only girl in a house full of half-witted boys. She and her best friend Six, played by Jenna von Oy, were charming counterparts to the antics all the boys regularly got into.