A couple years before she started writing PEN15, Maya Erskine read the script for a rom com called Plus One. The film had already been cast, but its creators—Erskine’s New York University classmates Jeff Chan and Andrew Rhymer—asked her to assist with the table read. Immediately, she fell in love with the story and the character Alice, a raunchy, unapologetic twenty-something who falls in love with her best friend, Ben, after they agree to spend the summer as each other’s plus ones to weddings.

“What I loved was she was a flawed person, and it wasn’t through the gaze of a guy,” Erskine says. “We weren’t seeing it through Ben’s perspective of having her fit into what his idea of a perfect woman is. She was the antithesis to that. And yet she was perfect for him.”

The film eventually fell apart after its investor, Anthony Scaramucci, left to finance Donald Trump’s 2016 presidential campaign. When it was resurrected a couple years later, most of the cast had already moved on, which allowed Erskine to audition for and land the role of Alice. “She’s not your typical rom com lead female character who is really cute in everything she does,” Erskine says. “Alice is a trash bomb at first, and she’s still beautiful.” 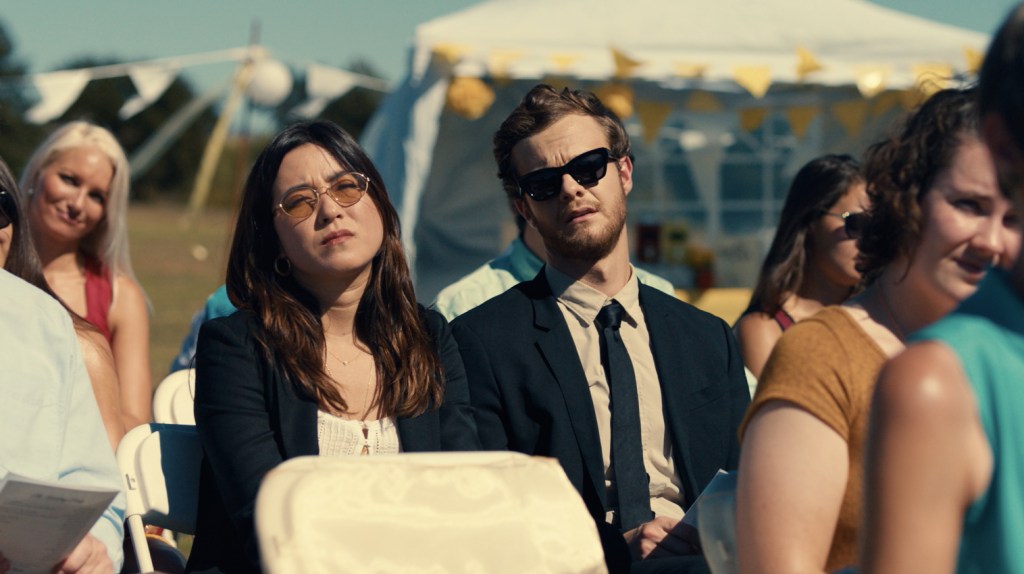 After Erskine, who is half-Japanese, was cast, the creators had a decision to make: How much of the character’s race should be included in the story? Alice wasn’t written with a specific race in mind, but once Erskine was cast, it was important for the creators to cast the character’s family as Asian-American (which included The Joy Luck Club’s Rosalind Chao as Alice’s mom) and to acknowledge the racial dynamic between Alice and her white boyfriend. One of the film’s directors, Jeff Chan, who is also Asian-American, made it a point to cast Alice’s ex-boyfriend, who is a source of insecurity for Ben, to be a strong and masculine Asian-American man to combat any stereotypes that Asian men are effeminate.

She’s not your typical rom com lead female character who is really cute in everything she does.

“It’s a discussion we’re always having about Asian girls dating white men, and was it problematic that we had this lead fall in love with a white guy and seeing that again and again? Erskine says. “One thing that felt important was to have her ex be an Asian-American guy and not some dopey, feminized person or any stereotype. He was a really intimidating, strong, masculine, handsome guy who makes Ben look like a little shrimp.” 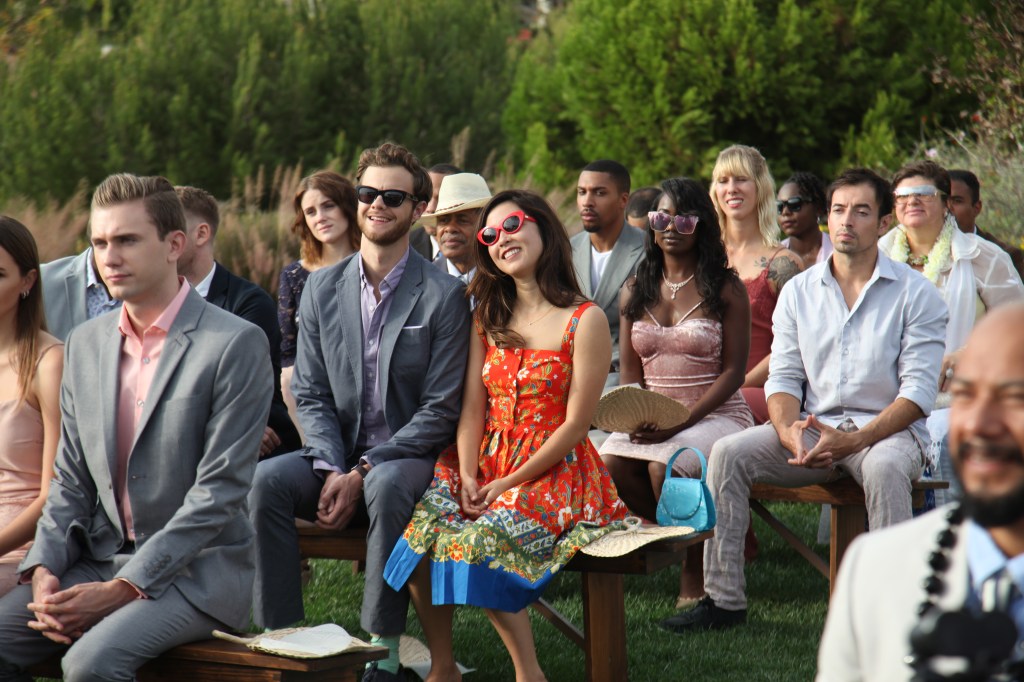 Still, it wasn’t the creators’ mission to make the film about race. At its core, it’s a love story with racial undertones that naturally come up in the process of dating. “Just having that those subtleties there in the movie without calling attention to it, I think can sometimes do a lot more,” Erskine says. However, that doesn’t mean that Erskine doesn’t understand the importance of her role as one of the few Asian-American in romantic comedies, let alone films.

As a kid, I didn’t see myself reflected back on the screen, so it subconsciously put that message in your head that it’s not going to happen.

“As a kid, I didn’t see myself reflected back on the screen, so it subconsciously put that message in your head that it’s not going to happen ever because it’s not something you feel like you can emulate because you don’t see yourself,” Erskine says. “The fact that I got to do that and the fact that it was a fully dimensional human being was a massive deal to me.” 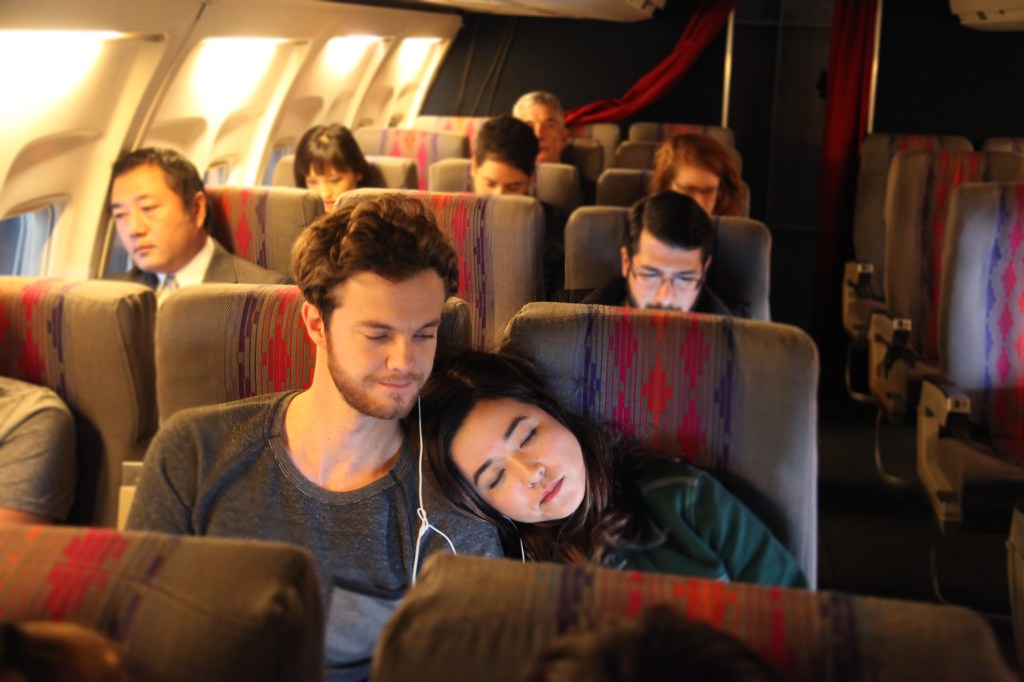 Erskine finished filming Plus One the day before she started writing PEN15, Hulu’s breakout series that made Erskine and co-creator Anna Konkle (who also has a cameo in Plus One with her real-life boyfriend) comedy icons on the rise. The show, which stars Erskine and Konkle as adult-sized seventh-graders exploring sex, relationships and drugs, was renewed for a second season in May.

And though Erskine and Konkle only started writing the second season a week ago, they already know the direction they want to go into. The season—which will be divided into two parts, 2A and 2B—will explore the darker side of middle school seen at the end of season one, while still maintaining the playful, early-2000s nostalgia that made the show such an instant success.

“We know we want to pick up from where we left off in the last season and maybe explore darker content,” Erskine says. “They’re in seventh grade still, but they’ve lost some of their innocence and so to see that transition into a bit more awareness would be really interesting.”

Plus One is in theaters now.